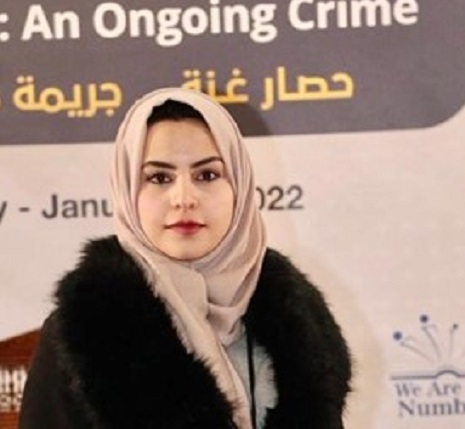 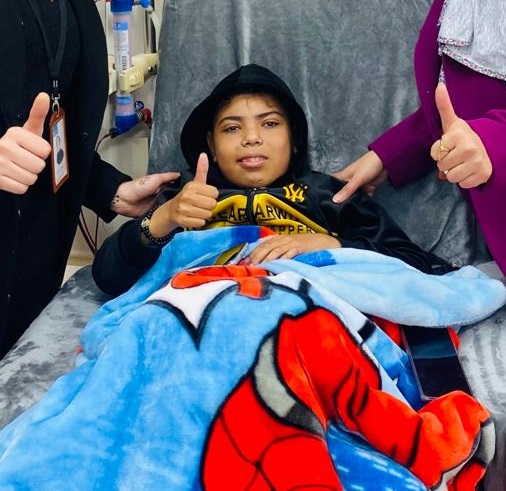 I first heard about Yahya’s story during the media conference, Gaza Siege: An Ongoing Crime. His mum, Najwan, told the story behind her son’s suffering after she was invited to speak about the effects of the Israeli siege on the health sector. I later had the chance to meet Yahya during a visit by a delegation of We Are Not Numbers writers to children with kidney failure at Al-Rantisi Hospital.

“I named him Yahya, a person who lives for a long time, so that he would have the characteristics of his name,” his mother said. “He definitely has endured through the pains life has exposed him to.” This is how Najwan, Yahya’s mum, started her heart-warming speech.

Yahya was diagnosed with a metabolic disorder when he was born. He had to receive treatment three days a week to postpone his need for dialysis. Despite the measures taken, Yahya had to start dialysis at the age of five, and from there the physical and psychological changes began to reflect on his health so he was no longer the same boy who used to laugh, dance and sing, creating an atmosphere of joy to everyone around him. He turned into a depressed child who began to wither day by day in front of his mum’s eyes, without her being able to do anything for him except take him to the hospital four days a week, enduring his nervousness and repeated question, which to this day she has not been able to find an answer to: “Why am I not like other children?”

Because of his kidney disease, Yahya has had to undergo multiple surgeries, and he relies on medical devices. This has been difficult because of the poor quality of health supplies in the Gaza Strip, as a result of the siege imposed on it.

For some medical procedures, he has even traveled outside Gaza, and his mother has accompanied him on these trips. She was the most capable person to be his companion for these treatment trips because, besides being his mother, she was fully aware of his health status and his treatment regimen.

But one time, he had to go to Al-Najah Hospital in Nablus, in the West Bank. As per the common measures, Najwan submitted her documents to accompany him. She was shocked when she was rejected to escort her son. How can a six-year-old child who needs to undergo medical treatment accept as a travel companion someone other than his mother? Who could be with him, if not his mum! She thought a lot about whom she could entrust her son with. Having no other choice, she had to endure it and so she sent one of her female relatives in her place. Fortunately, the surgery was successful.

Back in Gaza, Yahya continued with his dialysis. He developed a strong relationship with the hospital, its doctors and nurses and his peers. For Yahya, the hospital was his home school and the only life he knew. He loved it because there he does not feel alone with his illness, but rather accompanied by his friends with the same diagnosis.

But gradually pain took over. The muscles in his small body started to shrink, so he could no longer take a single step without screaming in pain. He needed a wheelchair to be able to move around. One day, his mum was tidying up his room when she found that he had written something on his notebook: “I thank the wheelchair for helping me move around, the bed for comforting me when I sleep and the nurses for not giving up on me.”

Eventually Yahya’s kidney problems led to a heart condition, and he needed medical treatment that could not be obtained in Gaza. In addition, the boy suffered from what looked like third-degree burns on different parts of his body, though doctors were unable to determine the reasons behind them. An urgent life-saving hospital admission was made for him to “Israel,” where he stayed for nearly a week. During that period, Yahya undertook four serious surgeries, which were successful. In addition, the doctors conducted an analysis to determine the reasons behind the burn-like areas on his skin. They noticed that the burns had begun to heal after changing the port that is used to connect him to the dialysis machine. This led them to conclude that the disfigurement had been caused by inadequacies in the dialysis he had been able to receive within Gaza, due to the hospitals being so poorly equipped.

Yahya knows nothing in life except the dialysis chair, where he has only met children suffering the same. He has had to learn the lessons of this life before his due time.

Despite everything, he is still his mum’s little child. She loves him and does her best to ensure his safety. Yahya sends you peace and love and wishes you all the best. 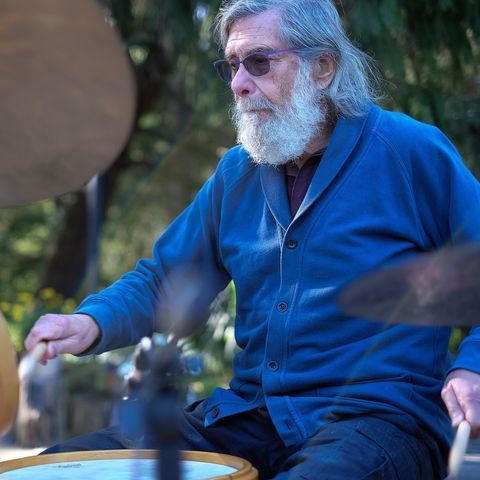