Home » Without freedom, what meaning can resolutions have?

Without freedom, what meaning can resolutions have?

Without freedom, what meaning can resolutions have? 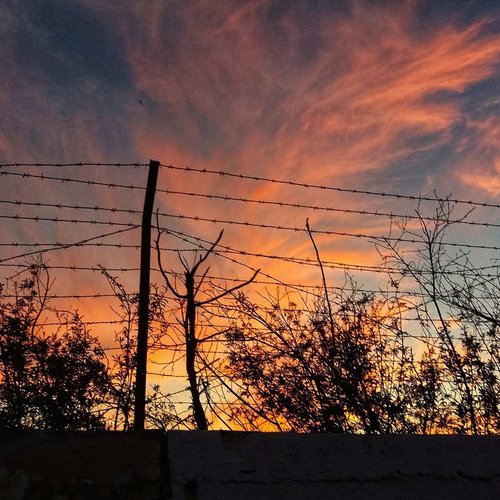 People around the world are drawing up their resolutions for the new year – steps they can take to achieve their goals. But for those of us living in the Gaza Strip, an “upper hand” controls us like a puppeteer. For us, time seems to stand still. Over a decade has passed since Israel imposed its blockade, with the international community’s permission through inaction, and each year, our resolutions are really wishes and they never change.

Unusually, yesterday, I put pen to paper (yes, we still do that, since we so often lack electricity and can’t use our laptops), thinking of writing down what I’d love to achieve in 2018. I’ve completed a degree in English literature, graduating with very good grades. So pursuing a master’s degree abroad was the first thing to come to mind. Oh, I also want to learn a new skill: video production. And I need to secure a job that pays enough to allow me to help support my family and perhaps get my own apartment someday—which is necessary if I ever want to marry. The 1,000 shekels ($290) my father is paid every 40 days for teaching Arabic barely supports the needs of my nine-member family. (We don’t even think about “wants.”) My two part-time jobs only pay me 1,379 shekels ($400) a month; 3,400 are needed to afford your place. And that doesn’t include helping the rest of my family.

But it’s not just lack of money that stops me from achieving my dreams.  Sometimes, I’m afraid to hope. To pursue a master’s degree abroad, I would have to be prepared for the crushing disappointment I’d suffer if I earned a scholarship but the borders were closed or if I was not allowed out when I had to leave. One of my friends, Ahmed, earned a master’s scholarship a couple of months ago, and I remember the night before he was scheduled to leave; he was so excited and happy. Yet, when he arrived on the Egyptian side of the crossing, he was rejected and sent back. In his case, it was because his scholarship was from Qatar, a country Egypt hates. But it could have been any number of arbitrary reasons. And that was only the latest in his disappointments. He had previously been rejected by Israel and Jordan to leave through the Erez crossing. He tried to hide his tears that day when his last chance evaporated, but I could see them. No, no, I don’t want to experience that feeling.

To learn video production is a more realistic goal. But how can I do it when we only have four hours of electricity a day? Should I be use those scarce hours of power to learn a new skill or work at my jobs to earn a wage? Another vicious cycle of worry! “Let’s postpone that goal for a short while, Anas,” I said to myself.

What about marriage? I’m 23 years old and it’s a typical age for Palestinians to marry. I am not ready to marry, but it would be nice to have a companion with whom to share some intimacy and suffer through this life. My room’s door was half open and my eyes met hers. I spontaneously half-smiled at her. She smiled back and asked, “What’s up?” I don’t know how she read my smile, but I felt like she was reading my mind. It was the kind of smile your friend has when he catches you doing something mischievous or a bit sinful.

“What’s up?” she asked again. “Nothing,” I replied. She didn’t believe me. “All right, time to play around with you, Mom,” I said to myself. “I want to get married, Mom. I’m in love with a girl,” I lied. I took my mobile out my pocket and said, “I’ll show you.” To make it look serious and believable, I found pictures of an attractive girl in a hijab on Google. Although many Palestinian girls don’t wear a hijab, I thought a girl in Islamic dress would receive more approval, given that I live in a conservative area like Shuja'iyya. A girl like Angelina Jolie is actually more like my ideal choice, since she has worked closely with Muslim refugees and I admire that. “Look, Mom. What do you think of your son’s choice?” I bragged. I could see the “how-the-heck-did-you-manage-to get-that-girl” look on Mom’s face. However, much to my surprise, she simply asked: “Is she employed?”

“WTF, Mom!” was my initial response, although I didn’t voice it. Soon, though, I realized I couldn’t blame her; I know how much she cares about my survival under such harsh living conditions. Many Gazans seek to marry employed girls, so they can help reduce the burden of having a family. It’s sad how our community and social interactions are shaped this way by the realities of our struggle to survive. My mother’s comment, “Is she employed?” is like a barrier to love—something I refuse to accept. But who’s to blame?

My mother’s response got me thinking of lots of other social issues and how the political conflict affects individuals’ behaviors—including our relations with other people. I thought about how privileged I am to have learned English well enough to communicate with good-hearted Jews– Jews who support Palestinians and condemn Israel’s injustices. “Wouldn’t it be smart of Israel to remove the restrictions on movement and allow us to interact more with the world?” I thought. “Then we would naturally learn to accept each other more—if that is indeed what Israel wants.” It’s the same with the growth in Islamophobia. If more Westerners could visit us and get to know us, they’d see we share so much in terms of core values and what we want from life.

After all of this thinking, though, I reached the conclusion that it’s not productive to think too much about New Year’s resolutions, since most goals mean nothing without basic freedoms. Freedom is the key to so much.

I will settle for one wish: I hope I won’t hear the world’s leaders refer anymore to “the Palestinians,” when talking about Palestine. It makes me feel like I’m a member of a “gang.” In 2018, I hope the world finally recognize us as a proud nation, because it hurts to feel like we don’t count—or if we do, we count only as some nefarious influence. I hope the world finally understands how destructive it is to take away an entire people’s freedom, and how much better results they’d get by giving it back to us.