When Palestinians are jailed, families suffer

When Palestinians are jailed, families suffer 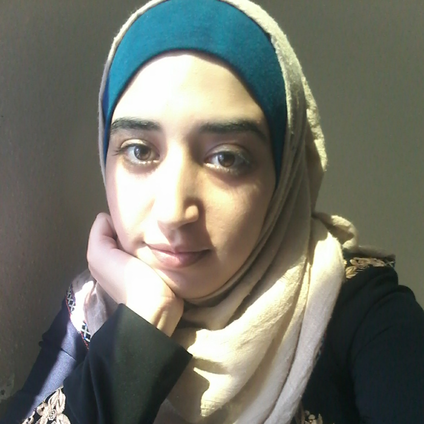 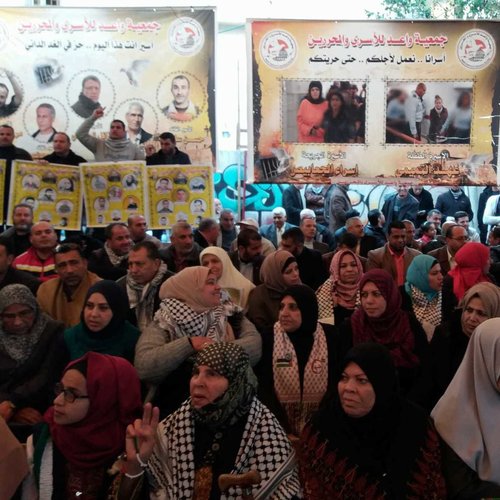 The suffering of Palestinian prisoners in Israeli jails is not news; imprisonment in retaliation for any kind of resistance to the occupation― from slapping a soldier (like Ahed Tamimi), to throwing stones, to armed attacks (which are acceptable against an occupier under international law) has become a virtual rite of maturity for many Palestinians.

What is rarely highlighted, however, is the suffering of the family members of those prisoners—currently about 6,500. Israel restricts who they visit, how often they visit and even how they communicate in between. The communication is particularly difficult for the relatives of the 358 Gazan prisoners currently held in Israeli prisons. To assure their loved ones are not forgotten, they protest every Monday morning in front of the Gaza City office of the International Committee of the Red Cross (ICRC). Attendance often numbers about 200.

According to the ICRC, Israel allows visits to prisoners from Gaza by spouses, parents and children up to the age of 16. There is a blanket ban on visits from other relatives, including grandparents and siblings. (The only exception is inmates who are unmarried and whose parents have passed away, in which case siblings are allowed to visit, but only twice a year.) In contrast, Palestinians from the West Bank are allowed visits every two weeks from any type of relative.

Visitors from Gaza must leave their homes before dawn to arrive in time, and yet they are allowed visits of no more than an hour. Glass partitions separate visitors from the prisoners, and only children under the age of 10 are allowed to hug male inmates. In between visits, phone communication is prohibited.

In addition, Hamas-affiliated prisoners (an estimated 100) have been denied all family visits since July 3.

The ICRC is in charge of arranging visits, informing detainees' families a month before their allowed time. Some families are accepted, while others are rejected for "security reasons."

Um Mohamed, mother of detainee Mohamed Abu Jazar, shared her story, sounding exhausted; she has recited her story many times without results. Her son was arrested in 2004 for alleged membership in a militant group and was given a 17-year sentence. A year later, she was allowed to visit him for the first time, but then only infrequently. The last time she saw her son was in 2008.

Also among the women protesting at the most recent Gaza City demonstration in front of the ICRC was Najat Al-Agha, mother of Dia al-Agha. He was sentenced to life for killing a soldier and today is known as the "dean" of Gazan prisoners; he already has served more than 25 years. Last year, Israel denied five requests from his 67-year-old mother to visit her son.

Um Abdallah [mother of Abdallah], wife of another detainee, Said Al-Najjar, described how difficult it has been to visit her husband, who was arrested in 2005. Her first visit was three months after his capture. But after that, she and the other Gaza families, were suspended from visits for more than five years.

During her last visit, to Nafha Prison, Um Abdallah and her daughter were held in detention for 13 hours. Then they were forced to return to Gaza without seeing Said; if they protested, they were told, Said would be held in solitary confinement. Later that year, his 14-year-old son, Abdallah, died in a car accident.

"What hurts even more is that Said had not seen his son for years, and did not get to say goodbye," she says, barely holding back her tears.

Sometimes, just getting to the jails is difficult. On December 25, right-wing Israeli Knesset member Oren Hazan stopped a bus that was transporting detainees' families to visit their sons in Ramon Prison—their first in six months.

Um Abd el-Rahman, one of the mothers, explains what happened: The relatives were in an ICRC bus, about 100 meters from the city of Ramon, when Hazan stopped it. He insulted everyone and "would have attacked us physically if he had the chance." Hazan was accompanied by members of the press and the parents of two Israeli captives held by Hamas.

Following the mistreatment of the detainees’ relatives, ICRC organized a march January 8 to the Gazan border.

All of the prisoners' families now live in anxiety. Are they ever going to be allowed to see their imprisoned relatives again?