Home » When friendship is tested

When friendship is tested

When friendship is tested 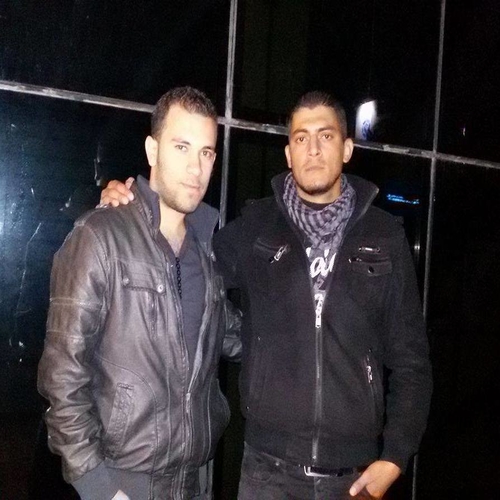 An argument with my dear friend, Mohammed, spun out of control one night when he pulled a knife from his pocket. He seemed determined to kill me!

Our other friend, Rabee`, rushed to Mohammed, I grabbed the knife out of his hand and flung it far away. "Don't, Mohammed, don't. He’s your friend!" Rabee` cried.

It all began when we gathered in a park one evening, gloomily dwelling on our lives in Gaza. With the beginning of every day, our obsession with leaving this place that felt like a prison became even deeper. We felt frustrated, suffocated and unhappy.

Each one of us was suffering our own hardships. Both Rabee` and Mohammed work for government institutions — Rabee` for national security and Mohammed for the civil police. They’ve worked for more than 10 years without full pay – about 45 percent of a month’s salary every 50 days or so — due to a dispute between the two main political parties and the lack of resources caused by the Israeli blockade. It's not unusual to see people walk away from a bank with only 5 percent left of their salary after paying off their loans. The anxiety and frustration caused by the constant shortage of funds caused Rabee` to quarrel with his pregnant wife and storm out of the house. And Mohammed has been engaged for 21 months due to lack of funds to get married—which may seem normal in other cultures, but is a humiliation in ours.

Then there was my sorry situation. My heart was broken by a girl who would not wait until I could afford to marry. She feared society would call her a spinster if she waited the five years I needed—a reality in a society in which girls are too often valued by their marriages.

This was the atmosphere when the four of us got together that day, and it was more than we could handle; it was obvious this day would not pass peacefully. Being among such sullen and bad-tempered men, at least five years older than me, was going to get me into trouble.

After getting together, we played cards in a café. At around 11:30 p.m., when it was my turn to play, my friends noticed my mind was elsewhere.

"What’s the matter, romantic boy? In what silly thoughts are you lost?” Rabee`, still on edge himself, said sarcastically. “You are here to play, not to think of someone else!"

"Let him be, Rabee`! We’ve always advised him against it, but he persists in making himself a Romeo,” Mohammed roared with an annoying laugh. “He rejects the idea that what he’s been feeling is only the illusion of love. How pathetic he is; she gave him the cold shoulder and he still pines after her.”

The latent volcano in my heart exploded. I was burning from within. His taunting words usually never went beyond my ears, but this time they went right to my heart. Without a word, I threw the cards away, flipped the table upside down and turned to leave. All of the attendants inside the café stood motionless, staring at me. My friends were stunned; they had never seen me in such a state of fury.

Mohammed was angry himself now; he felt insulted—another humiliation on top of his deeper shame. He ran after me.

Bursting with anger, Mohammed caught me just outside the café, where he punched me mercilessly in the stomach, knocking me down. The street was crowded and people started watching the fight. I was breathless and throwing up while kneeling on the ground; Mohammed's behavior was so shocking. I got up and punched him in the face with all of my might, not realizing what would happen next. The argument between two guys in pain seemed to be turning into a fight to the death when Mohammed pulled the knife from his pocket.

That’s when Rabee` forced us back to our senses.

This was the first time such intense anger had come between us since we had become friends 10 years ago. I had never believed our miserable life could drive us against each other. It was enough to shock us both back to our senses.

I will never forget that night; it will remain embedded in my mind. The frustration I felt due to my hopeless love had alienated me from the people who were dear to me. It separated me from my family and my best friends, to whom I owed much of my life. They are everything I have. I was torn between fighting for what I want and letting go. My heart said "yes," but my mind said "no.”

Gaza is a fertile land that in normal times gives birth to love, hope and beauty. We are humans; we love life and peace, and we hate aggression and violence. As Palestinian spoken-word artist Rafeef Ziadeh wrote, “We teach life, sir!”