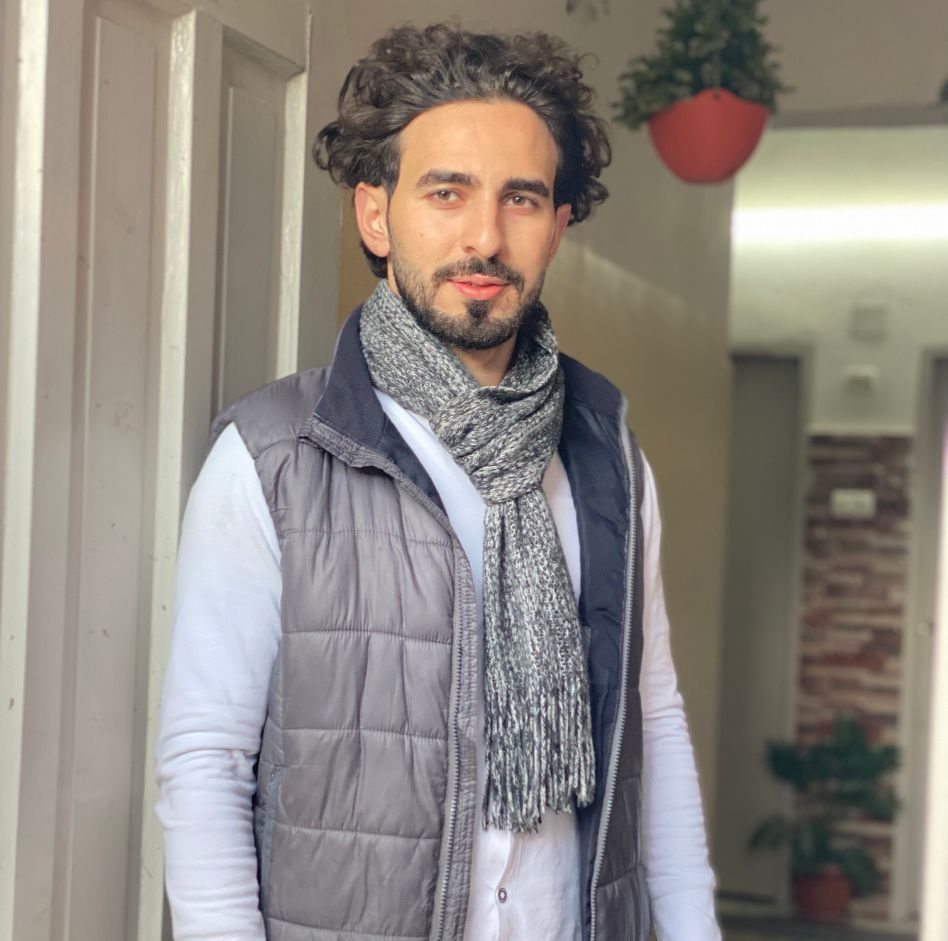 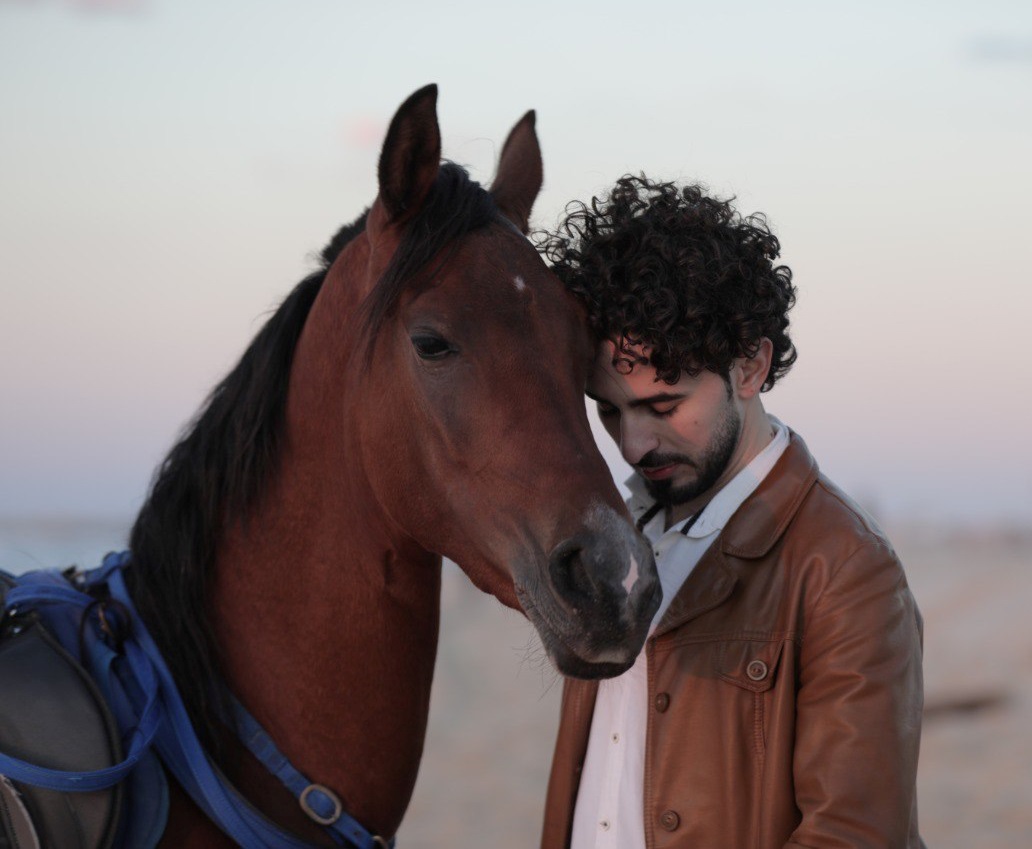 It is 5:00 a.m. My jostling thoughts have beaten my sleepy eyes. I push the pillow off my face and I move slowly to the open window. Fresh air from the dark street has not been enough to breathe deeply. My mother’s voice breaks the silence. “I couldn’t sleep, either.”

It has been two weeks since the red nights and the rattling thunder of the latest Israeli assault on Gaza. Still, I cannot sleep or stop remembering. What calms my soul is riding horseback along the beach in the dawn before anyone else is there. I ride a friend’s horse, Dana, who allows only me to ride her. Dana and I dance on the wet sand, where the sound of her hooves and the waves block the noise of my thinking. The beach, usually crowded with people, is ours alone. That’s when I am almost able to forget everything, until those thoughts come back to my mind violently, like thunder.

No returning to normal

The most recent Israeli assault on Gaza left 49 Palestinians, including 17 children and 3 women, dead, and at least 386 injured. These are the numbers reported by the Palestinian Ministry of Health. These are just numbers. But for Gazans, they are friends, neighbors, and members of the family. The shops are reopened. The schools are reopened. Everything is open, and the circle of life returns as it was. But the people are not the same.

Pallid faces and shaken eyes survey the streets. Dust and missile powder waft from the ground. An echo of children’s nervous smiles is heard around. The war is over for everybody but not for the Gazans. How can you tell a woman about the normalcy of life after she lost her only son during the latest war? How can you convince a woman to return to normal, such as Abeer Harb, who was planning for a new life with her fiancé before he was killed in a bombing in Rafah during the latest war? The most painful wounds are the ones that cannot be seen and no amount of talking can heal.

After the ceasefire, I yearn to know if the souls of people I always run into — taxi drivers, waiters, grocery salespeople, and street children — are still alive. Or are they alive but fear being bombed in their houses while they are sleeping, eating, or gathering with family and friends? Do they fear an Israeli airstrike could kill them at any second?

The worst part of war is the aftermath: reactions become cold and hopes fade. Living in Gaza for more than five wars has numbed my response to seeing dead bodies in the streets or innocent kids in the hospitals injured for no reason.

When I look at those kids, I think of my five-year-old niece Talia, for whom we kept the TV off during the attacks to prevent her from seeing what was happening outside. Maybe because we tried to protect her from the horrors, she later became very intent and focused when we talked about the war. We would calm the younger children of my family the same way my mum calmed us during previous wars, by keeping us  close to her and telling us that the bombing was far away.

The return of even more violent war

I thought I would not be surprised by any more wars. But, then, the attacks become more violent. In the latest war, an Israeli airstrike destroyed the Ashor building on El-Shabia Street. My friend, Mahmoud, had lived there with 13 members of his family. They live in a small rental flat now. When I pass through El-Shabia Street and I see the rubble of that building, I flash back to the memories of our childhood when we were playing in that wide house. I wonder how Mahmoud and his family could be living in that tiny flat now.

On the afternoon of the third day of the most recent attacks, I was walking near my house to buy some groceries when an Israeli airstrike targeted a cart on Omar Al Mukhtar Street, 100 meters from me. In Gaza, carts are used to deliver food rations, transport materials such as steel and cement, and sell items such as fruits and canned foods. The people who transport goods by cart are not well off, but they are peacefully going about their trade. Three such Palestinians were killed in this attack.

The young men died instantly, but the horse that was pulling the cart was bleeding for a while. I will not forget its unblinking gaze at its wounds. Then it hit its head on the ground and died. The last thing that the horse had seen was its wound. How will I ever walk to get groceries without thinking of those men? Or ride a horse like Dana as I do in the early dawn without thinking about that horse and that day?

I asked my mum what was the difference between her dreams for me when I was a baby and now. She told me she dreamt of me as becoming an important person with a good job, and a healthy family. But for now, she says, I just want you to be safe. It is like asking a sick person what he is hoping for and he is only interested in having no pain. Before dreams can thrive, Gazans will need to be sure that the attacks will end. Only this will give them the time that is needed for memories of war to fade and dreams to surface. 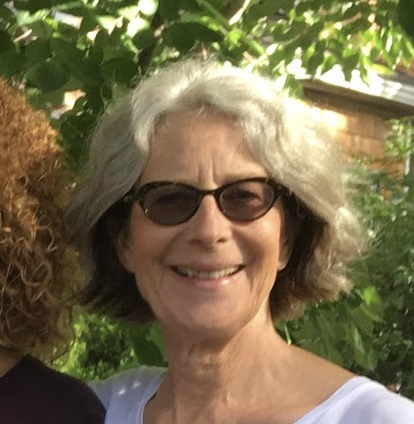