Home » Tolstoy’s War and Peace…and the Palestinian cause 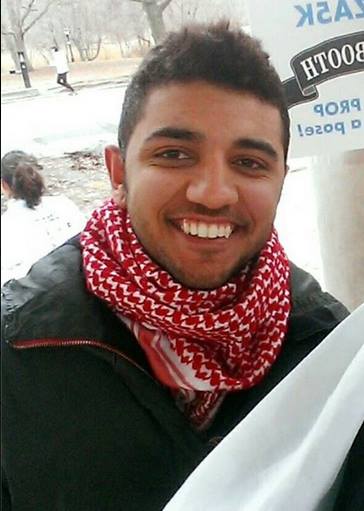 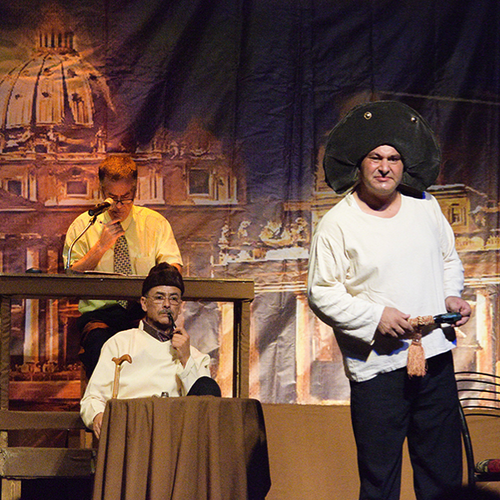 On a recent September evening, two groups of culturally curious people, separated by countries and borders, virtually gathered together for art and social justice. At Said Al-Mishal Establishment for Culture and Science, Gaza’s Theatre for Everybody performed a short version of Tolstoy’s classic “War and Peace.” Simultaneously, on the other side of the world at London’s AZ Theatre, a group of British and international supporters gathered to watch a previously recorded version of the same performance.

Due to the limited resources and lack of cast members, this very complex and long novel was turned into a 40-minute play. “When the novel was turned into a play, it was shortened into 120 pages. Even then, we neither had the resources, budget nor cast members to fully act the four-hour play,” explained Hossam Al-Madhoun, founder of Theatre for Everybody. “So, with just six cast members, we focused on one family (the Bolkulsons) instead of five.”

The play was centered on two themes: condemning war and denouncing dictatorship. This was illustrated in different parts of the play. For example, there is the relationship between the old general Prince Bolkonski, who is old-fashioned and critical of modern life, and his son, Andrew, who—after returning from war—joined the reformation of the Russian empire. Andrew’s confrontation with his father is equivalent to standing up to dictatorship.

And then there is Pierre Bezukhov, who makes a spiritual journey in search of meaning, and who supports Andrew in his mission. The play emphasized Andrew’s and Pierre’s conclusion that war leads to a vicious circle of hatred, in which no one is sure who is right or wrong, or what people are fighting for in the first place.

Meanwhile, Napoleon is portrayed as a desperate emperor-to-be, waging wars in the name of liberty, equality and fraternity, while in reality, all his wars were for glory. The narrator mocked Napoleon on multiple occasions for his defeats and retreats and his delusional goal of being an emperor of this new “enlightened” world.

As the new age won over the old, the play ended with all cast members chanting the phrase, “our hopes reside only within the human himself,” leaving the audience with something to think about.

But what does this have to do with Palestine?

“The point of the play was not to have it reflect our reality, but to offer lessons to learn from,” said Al-Madhoun. “War is despicable, because of all the destruction it causes to human beings, and no one knows this better than us. Thus we deplore it. We also denounce dictatorship and authoritarian rule. Being under occupation is never an excuse for our leaders to violate our rights. ”

Another implication the play has for the Palestinian-Israeli conflict is found in the character of Napoleon. He is, in one way or another, a representation of the Zionist movement. Napoleon abused the French Revolution and its noble goals for his own gain. Likewise, the Zionist movement took advantage of anti-Semitism in Europe and the Holocaust for its colonial ambitions in Palestine, forcibly expelling more than 700,000 Palestinians from their homes in 1948.

The insightful and intriguing performance was followed by a question-and-answer session, with the groups from Gaza and London linked together over Skype—a session that was as powerful as the play itself.

After introducing each group and congratulating the cast members for their wonderful performance, the first question from London came quickly. A woman expressed her appreciation for the play and is intensity. She specifically cited the war scene, when all of the characters ran around as the drums of war played in the background. “How did it make you feel, this scene, as Palestinians?” she asked, adding that it reminded her of the destruction of Cuenca in Spain.

One Gazan responded that the scene reminded him of the last Israeli assault on Gaza, and it made him feel uncomfortable. However, another person did not share that sentiment. “War is normal here, as it has always been. Thus, the scene did not feel special,” he explained.

Another Gazan said, “While we abhor war and strive for peace, we as Palestinians don’t have much say in deciding between the two. We have never been given the choice, which is why the play made me feel helpless.”

Then came to the screen a white, blue-eyed, skinny guy. “I don’t have a question, but there is something I would like to say,” he stated with his British accent. “I’d like to apologize for all that my grandparents did to your grandparents, for all the destruction and the expulsions they caused. It was never right,” he said emotionally. Al-Madhoun interrupted, “It was not your fault. You should not apologize for a crime you did not commit.” But the young British guy insisted: “They have and still kill your brothers and sisters, your fathers and mothers, and our government shamelessly supports Israel. I do have to apologize.”

When he ended his remarks, the crowd clapped for a long time. The audience members were even more touched when they discovered that the man is Jewish. “I thought we’d been forgotten, that no one cared about our pain and suffering anymore,” said Mohammed Shashua, one of the actors. “But your support has proven me wrong. Please keep doing what you’re doing and show this love for equality and justice to the world. Love will always prevail.”