Home » The shocks of war

The shocks of war

The shocks of war 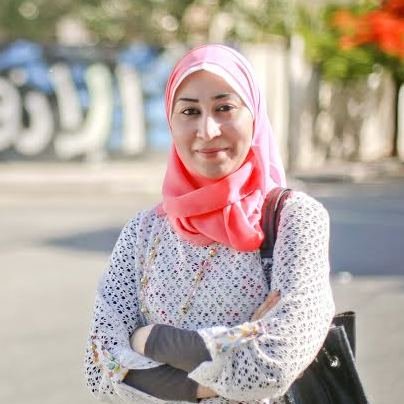 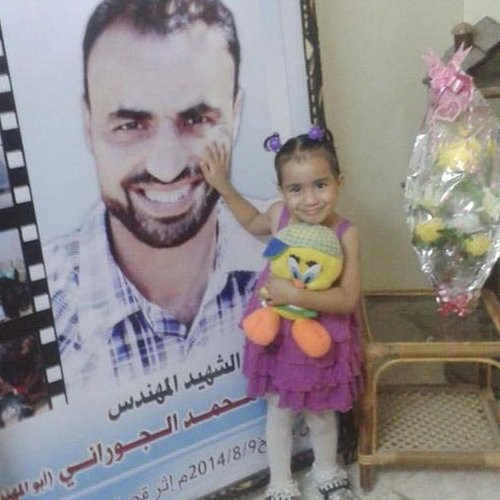 When Israel decided to launch its offensive, Operation Protective Edge, against Hamas in the Gaza Strip last July, I never thought it would last 50 consecutive days or be waged against all Gazans.

The announcement of the operation came in the middle of the night , but the next morning I woke up thinking that I should go to my work. My mother stopped me.

Life seemed normal; everyone was moving routinely in the streets, since we thought the assault would end after a few air strikes and assassinations that would target specific individuals.

But then, the Israeli attacks expanded. It was worse than our darkest expectations! We never thought we would lose dear friends, neighbors, colleagues, relatives and even, for some, ourselves during this war.

Nearly a year later, I have tried to forget and move on, but it is very difficult to stop remembering the details. War is never over. It is still alive in our minds and hearts.

The shock of death

During that draining and tiring war, I decided to follow the news as closely as I could, but the severe shortages of fuel, electricity and water made it almost impossible.

The death toll was increasing relentlessly until it exceeded 2,200 people. I never expected that my own boss would be among them.

It was my first time to experience the shock of death.

The news came through a Tweet that night: "Israeli drone targeted someone called  Mahmoud Horani."

In Arabic, a mere dot distinguishes this name from the name of my boss, Mahmoud Jorani.

I rushed to the TV, tuned it to Al Quds channel and saw the same breaking news about someone called Mahmoud Horani.

On Facebook, a mutual friend wrote on Mahmoud's profile the tribute, “blessed be your soul my dear friend."

The shock started to hit me. It can’t be him. It’s not him! Why him?

At that moment I couldn't try to call him.  I was too afraid to find out or even to believe what had happened. I was full of doubts, but insisted to myself that he wasn't, he wouldn’t  be the  martyr.

That night, I called a friend who told me the horrible news: Mahmoud was assassinated because he belonged to Hamas' military wing, the Al-Qassam Brigades—although he wasn't fighting. He was wearing his civilian clothes and on his way to the mosque.

I knew he was deeply devout, but why did he want to pray at the mosque that night? During wars, it is safer to pray at home, but perhaps he felt that in such terrible circumstances his place was in the mosque.

I knew Mahmoud as a very kind and humble agricultural engineer at the Ministry of Agriculture and he was the chairman of the agricultural association where I worked as a project coordinator. Whenever work was finished, he turned into a funny and joyful person.

You would never believe he was a fighter in al-Qassam.  It was something I never imagined during three years of knowing him, when I was a trainee in the ministry and also attending the university.

I only accepted the fact that he was dead when I saw his smiling face at the morgue on a news website the next morning.

As usual, images of fighters during their training are released only after their deaths. The life of a resistance fighter is by necessity one of utmost secrecy.  I saw pictures of my boss, the fighter, on Facebook and I began remembering the beginning of the assault, when I became a journalist to cover the war.

Initially, empty lands were the main Israeli targets, because it was from such sites that the resistance launched its rockets.

It was the first story I covered: Why are Israeli warplanes targeting empty lands as well as the most important agricultural plots in the Strip? I started searching for details and I needed to go into the field, to lands in the middle area of Gaza. At that time, I thought Mahmoud, who lived there, and hoped he would agree to come with me. I called him but he politely refused. I didn’t understand and felt sad.

Two weeks passed, but I didn't hear from him.  I asked about him when I was talking with a mutual friend. "It's his nature you know,” the friend said. “He rarely calls."

Then, the first truce came. I called my boss. I was surprised that he was laughing as he asked, "Are you still alive?"

"What can I do? Unfortunately, yes, I am," I answered, reflecting his grim humor.

He told me he had left his house and went with his wife, three sons and two daughters, who look just like him, to his father's house. Like many of the thousands of people displaced during the war, they returned home briefly during the truce to fetch some of their belongings.

The last thing he said to me was, "take care of your mum!"

I replied, "Inshallah"  (God willing). I thought to myself, “why would he say that? I will ask him when the war is over.”

What I didn't know is that the Israeli army was looking for him. The constant risk of assassination by Israel prevents fighters from moving freely, even with their families.

That must have been the reason behind his refusal to come with me in the field when I asked him. It's the hidden security concerns reasons of a fighter.

Is the war really over? I am still waiting to ask him why he told me to take care of my mum, what he was thinking would happen if he came with me, and why he didn't tell me that he was a member of al-Qassam.

He said once, "It's the conflict between good and evil; it is not just a matter of ancestors' land." I am still looking forward to discussing that point with him.

But I have to accept that he is gone.