Home » The John Silvers of Gaza

The John Silvers of Gaza

The John Silvers of Gaza 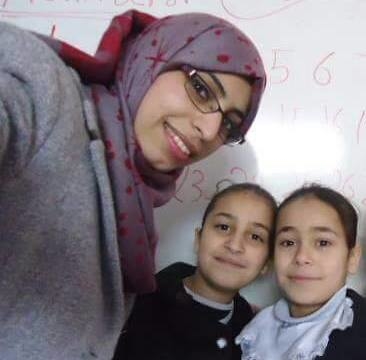 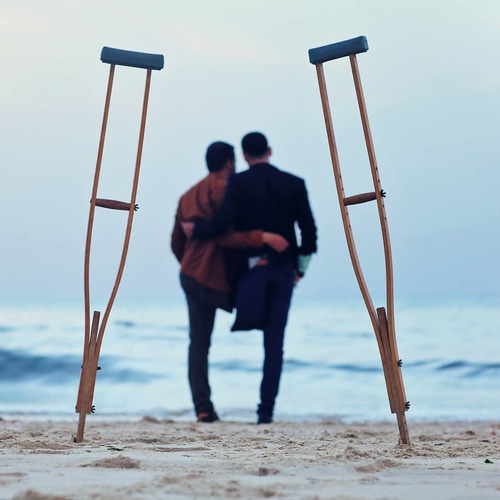 Reading classic literature is one of my favorite hobbies, but watching cartoons gives me a different, simpler pleasure. They let me believe, even for a little while, that there are superheroes in the world. Treasure Island is my favorite cartoon, with its pirate hero, John Silver, who was known for his wisdom, intelligence and physical strength despite having lost a leg. Called “the man with the wooden leg,” he loved the smell of the salty sea and was always ready for adventure in his search for treasure.

In the Gaza Strip, there are literally thousands of John Silvers, our own type of superheroes who survived the last three wars despite severe disabilities, and today have come together to serve as positive role models.

One of these Gazan John Silvers is Loay Alnajjar, 28, who was hit by a missile during the 2008 war while running to help a woman who had been wounded in a nearby explosion. He woke up after a 25-day coma caused by a blood clot in his brain. Life became dark for him, as people no longer treated him the same. He had almost lost hope for a fulfilling life when he met Imad Elfiry, 50, and Abdullah Abu Harbeed, 26. Suddenly, he no longer felt alone.

Imad Elfiry, 50, is the father of two girls who were injured in the 2014 war on Gaza. On the second day of Eid (a Muslim holiday), he and his wife went to visit their 28-year-old daughter, Faten, and her husband during a ceasefire. While they were there, a shell hit the house. Imad lost his leg and Faten, who was five months pregnant, suffered wounds to her torso, head, hand and leg. Her baby was born early, two months later. Fortunately, the infant lived. However, after the war, Faten’s husband left her and married another woman. Even though she still breathes, Faten says she feels as if she lost her life. Imad, by contrast, lost his leg but does not feel like he has lost his life. Instead, Imad is using this new phase of his life to help others.

Meanwhle, Abdullah Abu Harbeed, 26, was riding with his cousin on a motorcycle in Beit Hanoun, in the far north of Gaza, one day during the same (so-called) ceasefire in 2014. A missile suddenly hit them. Abdullah looked down in shock and saw that his leg was gone. A gash in his head made him pass out while his cousin lay dying, but Abdullah survived.

"Behind every wounded person is a story," says Loay with a smile that spoke of a hard-won victory.

According to the organization Physicians for Human Rights, about 2.4 percent of Gaza’s 2 million residents, or 48,000 people, live with some form of disability, mostly movement impairments of all types. The organization estimates that the summer 2014 war added approximately 100 new amputees to those from previous wars and operations—most young people under 30. Some families have two or more of their members now living without limbs.

Amputations are difficult for anyone. But in Gaza, the disability is particularly hard to adapt to due to poor infrastructure such as cratered streets, chronic power outages that shut down elevators, high unemployment rates even for people with functioning limbs and the high cost of treatment and rehabilitation—or the lack of access altogether.

But Loay, Imad and Abdullah are not giving in. It was Abdullah who first inspired Imad with his can-do philosophy. Then together, they came up with the idea of bringing all of the amputees in the Gaza Strip – those due to the wars as well as from natural causes, such as diabetes – together in one group. The organization would not just be a place for people to meet and sympathize, but a forum in which to become active and influence the larger society. The first meeting was the doorway to a new self-awareness among amputees in Gaza.

Abdullah and Imad established the group, called "People with Amputations," and began assigning responsibilities. In the beginning, they had no resources but their own ideas and talent. (Both men were unemployed, with no income). But slowly, they began to influence others—in large part due to the work of Abdullah, once an IT professional, who began posting photos of group members on social media to show that people with amputations were just like anyone else and still were capable of an active, productive life.

"Every month we have an activity to help others," Abdullah explains. In October, the group visited a center for autistic children. Sjood Almadhoon, one of the members, now is devoting much of her time to them. She spoke on the popular Al-Aqsa radio program, “The Wounded Pulse,” to call for donations, which Imad and Abdullah used to buy toys for the children.

Next, group members plan to visit a center for the deaf to show solidarity and give each of the 51 students there a gift.

Their charitable work has become so popular that today, the organization has attracted more than a thousand members—including lawyers, teachers and construction workers.

“Our legs are gone, but our will is stronger than ever," says Imad, who also credits his ability to persist to the love and support of his wife. “We’re all good speakers and we’re all one team. I may be the elder, but we all talk together as one family."

Not wanting to live on charity, group members asked the International Committee for the Red Cross for a loan to support 80 amputees through small livelihood projects. They were successful, and Imad used his loan to start a small shop selling household goods, which he hopes to expand into a supermarket in the next two years.

"Do not aim short of your dreams" is the group’s motto. Rather than be given a coupon to buy fish to eat, they want to learn how to fish for themselves so to speak. Thus, members are taking advantage of free training courses in English, cell-phone maintenance and other subjects. About 30 helped with the September olive harvest in the northern town of Beit Lahia.

Their vision is to truly integrate amputees with the non-disabled, to restore their dignity and reverse negative stereotypes. They also hope that their voice will reach around the world.

"My leg is gone, even though I wasn’t a resistance fighter. I was simply at my daughter’s house,” says Imad. “Most of us simply ‘got in the way.’”

The organization of amputees also has demands. They want Palestinian Authority President Mahmoud Abbas to award them a fixed monthly salary, since so many of them cannot get work due to their disability. They want Egyptian President Abdulfatah Al-Sisi to open the border with Gaza for those who need to travel abroad for surgery. They want Gazans themselves, who have been more focused on helping the families of martyrs to start paying more attention to the wounded—for example, by helping them make the Hajj, the Muslim pilgrimage to Mecca.

“We’ve made peace with our loss,” says Imad. “And now we are eager to achieve our goals in spite of it. We no longer feel shame at having lost our limbs, but rather are proud of what we’ve achieved.”

These John Silvers are indeed superheroes.