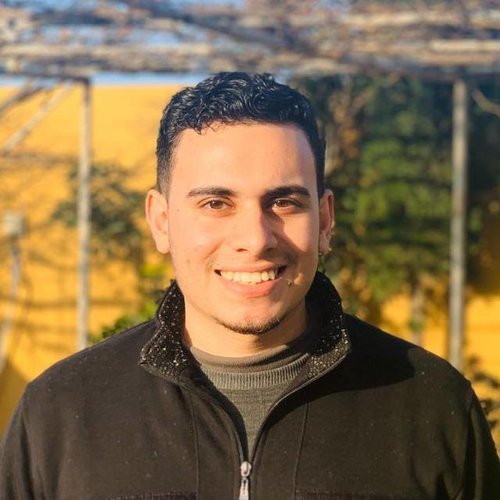 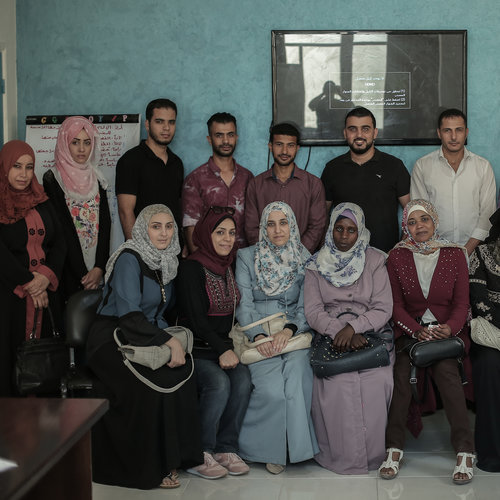 "My brother participated in protests against Bashar al-Assad, in 2011. When the war began, Assad’s security services went looking for him, so we fled to Gaza, where we have relatives. We hoped to escape death. But then he was killed in the 2014 Israeli attack on Gaza while volunteering as a paramedic," recounts Ahmed Abo Shabab, 24. He could not escape his fate.

Ahmed’s family has been shaped by war. His parents fled Gaza for Syria during Israel’s war on Palestinians in 1967, when the West Bank and East Jerusalem were occupied. Ahmed, who studied law in Damascus, and his siblings grew up in the country and had a decent life—until civil war broke out. When Assad’s jets bombed their house, relatives in Gaza encouraged them to return to their original home.

We Are Not Numbers joined Rebuilding Alliance to share the stories of Ahmed and others to highlight its campaign to ease their poverty by providing job training and employment assistance. Until I began helping with this project, I didn’t know there are Syrian refugees in Gaza! Much to my surprise, I learned that there are about 275 Syrian families (about 2,000 individuals, mostly of Palestinian origin) who have sought refuge here since 2011.

The project, implemented by the Gaza-based Youth Vision Society, focuses on 32 university graduates who had been unable to find jobs. A weeklong training equipped them with the “soft skills” needed to find labor opportunities in the Gazan market, such as effective communication, time management, CV writing and personal marketing. Now, they are obtaining actual experience that can be listed on applications via two-month “internship”—for which they receive $250 a month.

"Syrian refugees in Gaza are in great need," agrees Mohammed al-Jaja, project manager for YVS. "They are a double-victimized group."

Nawal Zayed, 45, whose daughter, Amany, is one of the beneficiaries of the project, echoes this sentiment. She came with her family to Gaza in 2012, to be with their relatives. "We feel stranded. We cannot get jobs and we can’t travel," Nawal says.

Mona al-Habash, who earned a bachelor’s degree in English from Gaza’s Al-Quds Open University after arriving from Syria, also was among those who completed the training. Another is Qusay Jaradah, who earned a degree in information technology from the Islamic University in Gaza. He hasn’t held a job since 2011.

In contrast, Ahmed already had earned his degree before he arrived. Yet he still has been unable to get a job since he arrived two years ago. "My family and I are living in a caravan (trailer). We depend on aid to live," he says.

A year ago, Ahmed married a Gazan woman; all he needs now to be content, he says, is "to a decent income so I can provide for my family." And, in fact, this project allowed him to achieve his dream: His internship is with a local law office, whose proprietor is so happy with him that he has offered Ahmed a permanent job.

Mohammed al-Jaja notes that because unemployment is higher among females, 60% of the project's beneficiaries are women. Fortunately, two of the women in the program were assigned to the Palestinian Independent Commission for Development, which plans employ them for a future project.

"Although the job experience we arranged for them may only be for two months (if they are not kept on by their internship “host”), we expect this project will increase their ability to secure additional employment afterward," he explains. "These people [Syrian refugees in Gaza] are left behind by all of the other NGOs. We are highlighting their needs with this project.”