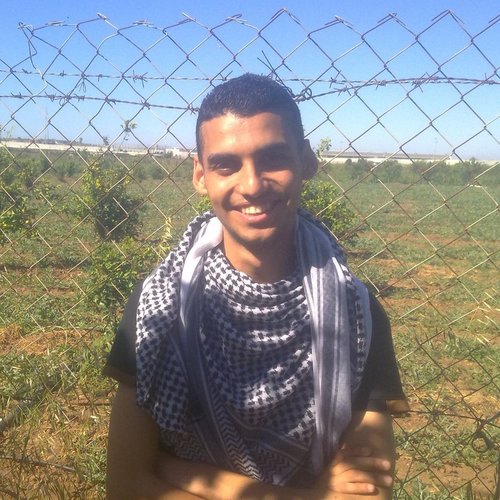 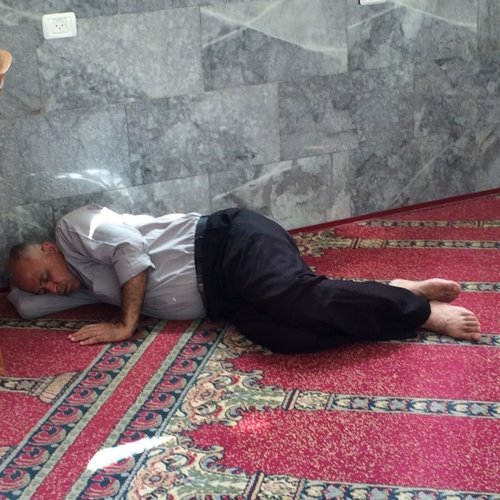 Today I visited the local mosque and saw a man sleeping against the wall, behind a chair. I asked him why he was sleeping there, and he told me his story.

When the Israeli army declared Beit Hanoun a closed military zone and ordered everyone to leave their homes until further notice, he did not have any place to go, so Abu Amsha stayed in his home with his wife and two sons.

The Israeli army went crazy, with bombs and rockets lighting the sky seemingly every second. Then he wanted to leave Beit Hanoun, but it was no longer safe. He tried to contact the Red Cross, UNRWA and Red Crescent by radio, to appeal to them to take him and his family away, but no one answered. The hospital of Beit Hanoun was near his home, so Abu Amsha walked there to look for an ambulance to help him and his family leave the city. When he arrived at the hospital, a big rocket fired from an F-16 bombed his home and killed his entire family.

When he discovered what had happened he screamed loudly, NOOOOO! His wife and sons died immediately. Abu Amsha had many dreams for his family; he hoped one son would study medicine and the other engineering. The doctors and nurses tried to help him calm down, but he could not. In addition to his wife and children, Abu Amsha had lost his home. Now, more than a year later, he has no place to sleep but the mosque.

Abu Amsha hurt me with his story. He asked me, "Why do I stay alive now? Who should I live for now? Can you tell me?"

I could not think of any answers.

He said, " My dreams have fallen like autumn leaves."

We are from Gaza and we are not numbers.
Please donate to keep this project going.