Home » The Universal Fear: When Your Child is Ill

The Universal Fear: When Your Child is Ill

The Universal Fear: When Your Child is Ill 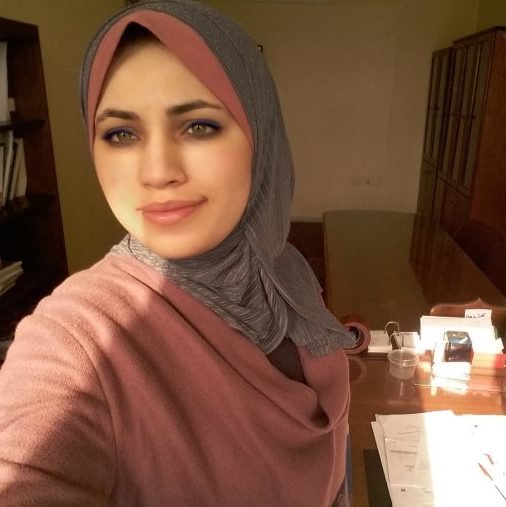 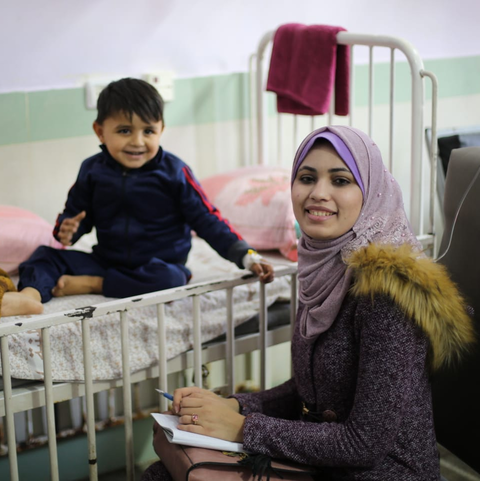 It was 10 p.m. and the electricity was still off. My youngest brother, Yazan, complained, saying, "Hey, Hanin, I’m getting a headache. Look how dim this light is; it only lights one page of my science book. Do you want me to have to wear glasses?” I laughed at the logic this 8-year-old-child used as an excuse to stop studying.

I love children–especially their mischievous natures, which is why I welcomed the invitation to join a fellow writer from We Are Not Numbers to visit Al-Rantissi Children’s Hospital for a Rebuilding Alliance initiative. The American NGO distributes portable solar lamps to needy families and this time the alliance’s partner, the Youth Vision Society, had decided to bring some of the lanterns to sick children.

The children's hospital is named in honor of Abdel Aziz al-Rantisi, known as the "Lion of Palestine." He is famous for co-founding the Hamas political movement, but what most people don’t know is that he also was a children's doctor. As I stepped into the reception hall, I detected what I used to call a “hospital smell”; later, I realized it is the odor of antiseptics and thus is natural. A 22-year-old mother named Aya* was feeding her 7-month-old daughter in one of the rooms. I sat on the bed beside her and we started talking.

"Five days after I gave birth to Alaa*, I noticed some dark, almost glowing spots on her body, especially her legs and neck,” she recalled. “I was told they are caused by blood clots under the skin. When she is accidently injured, they erupt into open sores and take a long time to heal.”

Fondling Alaa’s soft, brown hair, Aya explained that the disease, protein C deficiency, is the same illness that took her first daughter. Protein C helps regulate blood clots and is vital in healing wounds. Any shortage can lead to blood clots and easy bruising. But when children inherit the gene for the condition from both parents, it is fatal.

Aya’s first child, also a daughter, was born with the defective gene as well. Aya and her husband applied more than six times to to take her to Israel for treatment but were rejected each time.

“I do not know why! We are not Hamas and my daughter was not going to bomb their tanks!” Aya recalled. “And guess what? On the same day the officials responded, finally asking us to provide a medical report, my daughter died.”

Aya and her family are not alone. Israeli authorities deny many requests to leave Gaza for medical treatment in the occupied West Bank or Israel. For instance, while 700 patients were denied permission to leave Gaza via the Erez checkpoint in 2017, more than 1,800 were refused in 2018, says the World Health Organization.

Four months ago, permission was received for Alaa to leave Gaza for treatment, but Aya was not allowed to accompany her daughter for “security purposes,” so the child’s grandmother went instead. Now, the family is applying for permission again, hoping to save Alaa’s sight. Anticoagulants and other, specialized drugs are needed but not available in Gaza. Gaza’s health ministry reported in September that around 100 out of 143 medicines needed for primary health care were totally unavailable. Reasons for the shortage include the Israeli blockade and insufficient financial allocations by the Palestinian Authority, due to the rivalry between the political factions.

Still, the only way to save Alaa’s life for the longer term is a liver transplant, which would cost $26,000. “We will need a miracle to keep her alive,” says Aya.

Al-Rantisi officially opened following the 2008-2009 Israeli war on Gaza. Children are a large percentage of Palestinian society: According to the Palestinian Central Bureau of Statistics, about 50 percent of the population of 2 million is children. Alaa is only one among many who turn to Al-Rantisi as their last resort.

Visiting the hospital at the same time was a group of female secondary school students playing with some children in the rooms. The nurse told us that participants in many youth initiatives visit the hospital to entertain the children as well. I was glad to hear that; I can’t imagine being alone and sick as a child.

When I entered the dialysis section of the hospital, I saw a 5-year-old child with a big smile despite the fact that he was hooked up to a large device, receiving intravenous fluids. When I gave him the Little Sun solar light, he almost jumped out of bed in excitement, until his grandmother calmed him down and opened the gift for him. She told me, “We were told during his mother's pregnancy that one of Medhat’s kidneys would not work and the other would function at only 20 percent. However, after he was born, doctors realized that even the 20 percent did not work well. They decided to give him antibiotics, but that was a big mistake. It turned him to a deaf-mute forever.”

Meanwhile, Medhat requires continued care. Usually, his grandmother accompanies him to the hospital twice a week and whenever he needs emergency care. Sometimes he has to stay hospitalized for 7-40 days.

“I am the one responsible for him now, since his father is looking for a job and his mother must take care of his other four sisters. I travelled with him three times to Israel and once to Egypt, but all the visits were in vain.”

According to Al-Rantisi director, Dr Mohammed Abu-Silmiya, 48 children are undergoing weekly kidney dialysis there, but their health is deteriorating due to the shortage of medications. For example, Neupogen is a medicine that bolsters such children’s immunity to protect them from infection. But the hospital had run out of stock as it requires 1,000 Neupogen injections monthly, but had only 100 injections available during the previous two months.

As I talked with Medhat’s grandmother, he finally located the Little Sun’s switch and it lit up. He waved it toward his grandmother, who smiled, hugged him tightly and kissed his forehead. She said, “Thank you so much for drawing this smile on his face. Thank you for this sun and words of hope. I hope his father is able to earn the money needed to give Medhat one of his kidneys soon.”

When I returned home that day, I gave a Little Sun to my brother Yazan, who thought it was a game at first. After I explained to him that we use it when there is no light, he has been eager to have the electricity off at night from that day on.

Despite the sadness, I was glad to have left every room with a smile drawn on each child’s face. Thank you, Rebuilding Alliance, for giving me (and them) this experience.