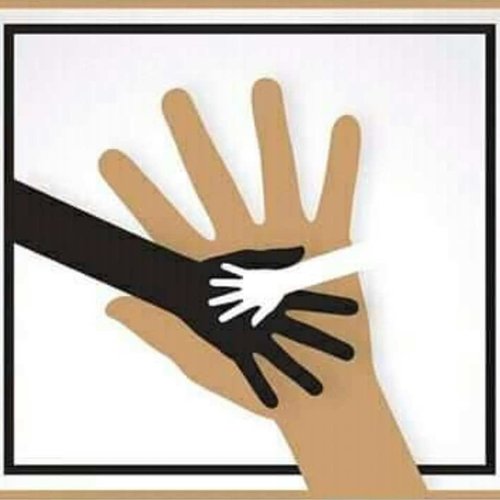 They talk about humanity.
They say it to justify their wrongdoings
They say, “This is how life works:
Survival of the fittest.”
They say it to rationalize wars against the weak,
to keep targeting the innocent,
to make extinct those who can’t fight back.
But, no, not today!
Today we fight!
TODAY, we speak out!
Today we will tell stories of discrimination and racism,
of anti-feminism and division.
They are not mere imagination or exaggeration.
They are witnessed and lived every single day.

This is a story of women,
played, directed and written by women,
a woman married to the man she loved.
But there were two problems:
Her mother was a divorcee
and her mother-in-law was a widow.
Of course, her husband was his mother’s favorite son.
She did not like anything his wife did.
She said wanted her son to live happily,
but, did he?
To satisfy his mother’s ego, he beat his wife
every time she complained.
I could see the traces of his fingers on her face.
She told her mom
“Mother, he beats me. I can’t live with him anymore.”
“You have to. Can’t you see what has happened to me?
Do you want to raise your kids on your own?
Do you want to be a burden on others?
What are the neighbors going to say?
Your father will mock me!
Do you want that to happen?
Do you want to face the same fate as your mother?
Over my dead body!”
“I hear and obey, mother!”
Yet, we keep calling for women rights!
Aren’t we, women, violating our own rights?
Shouldn’t we respect our rights before we call for them?

She was beautiful!
Oh! I wish you could’ve seen her!
When she wore that black, traditional dress
embroidered with red, white and green
She WAS beautiful!
That is, before she was raped and fought over.
Not by enemies, but by her own children,
the children she carried, delivered and raised.
Oh! They are disobedient!
There were friends,
Best friends from childhood to adults.
They wore the map of Palestine on a
chain around their necks.
I saw how close they were,
How deep their friendship had been
before “maturity” hit,
when one chose to organize against the other.
Oh! It’s such a shame:
from friends to enemies!
They were friends when the four colors
represented our flag,
but enemies after each color
was co-opted for a political party
instead of one country for all.
Oh! Your mother, Palestine, bows her head in shame!

Yin and yang!
Pepper and salt!
Black and white!
These opposites should complete each other
But, no, not on earth,
as long as we cannot see past the superficial skin
that hides our inside.
A brown man once proposed to a white girl
He was acceptable from all aspects.
She and her parents agreed.
But, unfortunately, her relatives didn’t!
What did these “loved ones” do?
They battered them until
bruises covered their bodies!
Disowning them, then walking away.
Why?
Because, once upon a time,
a brown man proposed to a white girl!
They forgot the words of the Hadith*:
"There is no virtue in an Arab over a foreigner
or a foreigner over an Arab,
or white skin over black,
or black skin over white,
except by righteousness."

We are not born to be labeled.
We are not born to be equals.
Equality means sameness,
We are equals only if we start
from the same place.
Humanity requires equity, justice and
access to the same opportunities.
We blame Westerners for being “Islamophobic”
and racists.
But, are we not racists?
Are we not discriminators?
Are we not anti-feminists?
(As the Quran says,
“God will not change the good condition of a people
as long as they do not change
their state of goodness themselves.”)

Don’t you understand why we are still at the bottom?
UNITED WE STAND, DIVIDED WE FALL.

*A collection of sayings from the Prophet Muhammad.