Home » Palestinian youths speak out: one state or two?

Palestinian youths speak out: one state or two?

Palestinian youths speak out: one state or two? 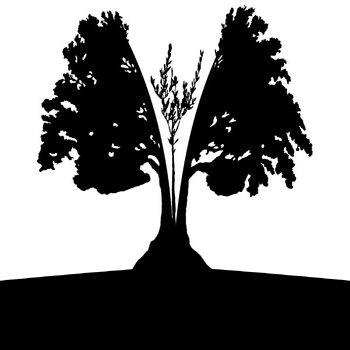 The international peace conference held in Paris Sunday to move forward in solving the Israeli-Palestinian conflict was attended by representatives from about 70 countries—but no Palestinians or Israelis. In its concluding statement, the group “affirmed that a negotiated solution with two states, Israel and Palestine, living side by side in peace and security, is the only way to achieve enduring peace.”

However, while politicians and diplomats keep holding onto the dream of two states living peacefully side by side, many Palestinians no longer see it as a possibility. In fact, in a December poll in the West Bank and Gaza by the Palestinian Center for Policy and Survey Research, two-thirds of the public said they believe the two-state solution is no longer practical due to settlement construction.

And many are beginning to say it’s time to focus on one state, with equal rights for all. Palestinian attorney Diana Buttu said on a recent American radio broadcast that, “The international community too often speaks about us and not to us. You see this particularly when it comes to Secretary Kerry’s statement that Palestinians don’t want to see one state. The polls are actually showing the opposite, that people don’t believe in two states any longer, and that many genuinely want to see one state. It’s time for people to start listening to the voices of Palestinians.”

Voices that are particularly ignored are those of the youth, who make up more than half of the population of the occupied Palestinian territories. So, I asked members of We Are Not Numbers for their opinions, and here is what some of them said:

I think Israel diminishes every single solution proposed and the international community should push Israel to take responsibility for its actions. I think, though, that its expanding settlements and other actions means the ‘two-state solution’ is over. Plus it wouldn’t be fair for Palestinians to settle for 20 percent or less of our original land when the power is so unequal. I think what is better is one state, but with a new name and as a democratic rather than religious country to which Palestinian refugees could return.

I think the two-state solution may have been possible years ago, but now it is impossible.

(PA President Mahmoud) Abbas, with the international community’s “help,” has been negotiating for 24 years and nothing has changed. Israel is still violating our human rights and taking what it wants from Palestine, including water and land, with complete international impunity. In addition, with hundreds of settlements now in the West Bank, we can declare that the two-state solution is already dead. It is hard, to say the least, to make so many settlers evacuate. Many Israeli ministers and other leaders have made it clear they refuse statehood for Palestine.

So, we should think of another alternative: a democratic, binational state with equal rights for all citizens. This alternative should have been adopted years ago; there is so much hate between both sides, it will take hundreds of years to make it a success. But it’s time to see if we can make it work. To get Israel to accept this too, the international community must pressure Israel. It is time for sanctions and for the world to support the BDS (boycotts, divestment and sanctions) movement to push for a democratic, binational state!

To be honest, I never believed in the two-state solution. To me, it seemed unjust. The current dilemma was caused by the circumstances in which Israel was created. Why do we have to give up our historical land because the Zionist militias committed massacres against Palestinians and forced our grandparents out of their homes into refugee camps? Why is it us who have to pay for peace and not Israelis? That was the cornerstone of my thinking process early on.

The toughest issues in the Palestinian-Israeli conflict are: 1) the disposition of the more than 4 million Palestinian refugees and their descendants around the world, 2) the status of Jerusalem and, 3) the illegal settlements.

The two-state solution does not offer a just and fair solution for disenfranchised Palestinians. People tend to underestimate the sensitivity and importance of the refugee issue to Palestinians. We're taught from a young age where we came from, from which neighborhood, where it’s located. And we're brought up on the belief that we are returning there. Every single Palestinian refugee, old and young, knows the city or village of his or her origin.

What the one-state option offers, for me, is fairness and justice. If you're a Palestinian, and you want to go back to the city or village of your origin, then you would be able to do so. If you're Jewish, and you want to worship in Hebron, you could do so. It would be our country, together.

The reality right now is closer to apartheid than anything. The Palestinian territories are bantustans (like those in apartheid South Africa). Gaza is a bantustan governed by Hamas. Chunks of the West Banks are bantustans run by the PA. And the rest of the country is controlled by Israel. But overall, the Israeli government rules everything, just like the apartheid government of South Africa.

I believe that for the one-state solution to be attainable, our struggle must move from a political struggle to a human rights one.

I agree with [Palestinian attorney] Diana Buttu when she says the one-state solution is the only way that can move us forward. I believe the two-state solution is no longer available, since violence and settlement expansion are continuing. And, in actuality, when we look closely, we see that one state is the situation we have today, de facto. So, we do not have to push for a one-state solution. What we really need to push for is equal rights in this state, regardless of faith or race.

I am the grandson of two elderly Palestinians who were witnesses to the Nakba, the catastrophe in which they were forced from their homeland so that Israel could be created. I think the two-state dream has already died, since Israel's aim since the beginning has been to construct its Jewish state over Palestinian lands. Nowadays, we see and hear Israeli Prime Minister Benjamin Netanyahu saying he supports two states. However, I think these declarations are just a waste of time and ink on paper since he, along with most Israeli leaders, have been saying that for decades and we have seen no concessions—only our own. Israel is still building its settlements on private Palestinian lands in the West Bank, not caring about international law or resolutions that tell it to stop.

Some people think that one state, with equal rights for both sides, can end the seven-decade conflict. I think that would be a very important step if their intention is to solve this conflict, not to use their people as pawns! The one-state resolution is not easy for Israel to accept since its main goal is to have a country for Jewish people only. We can see Israelis’ desire to be rid of us in soldiers' behavior with Palestinian citizens in the West Bank and the Gaza Strip, especially children—which is mostly not shown in the media. Their goal seems to be the ethnic cleansing of Palestinians, so how can they accept Palestinians living among them? It is because of this that hatred is found on both sides, likely causing a lot of religious and racist problems inside the state, if formed. And one other thing: There would have to be a name for that one state, and I do not think Palestinians can accept living in a country named Israel, due to their patriotic spirit. The same would be true for Israelis if they were asked to live in Palestine. A new name must be chosen.

We all know by now that the Israeli-Palestinian conflict will not easily be solved. Still, it can be resolved if both sides are willing. Neither the two-state nor the one-state solution can work without the will.