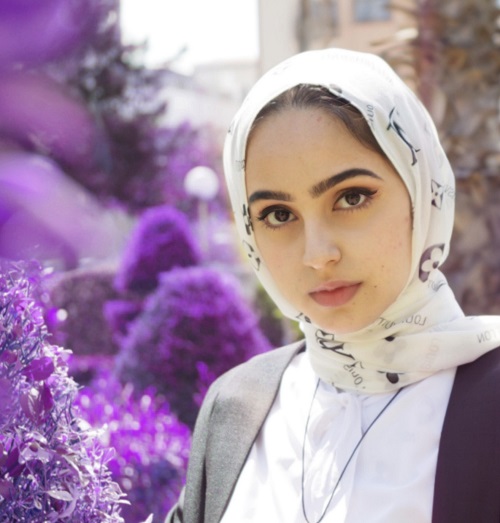 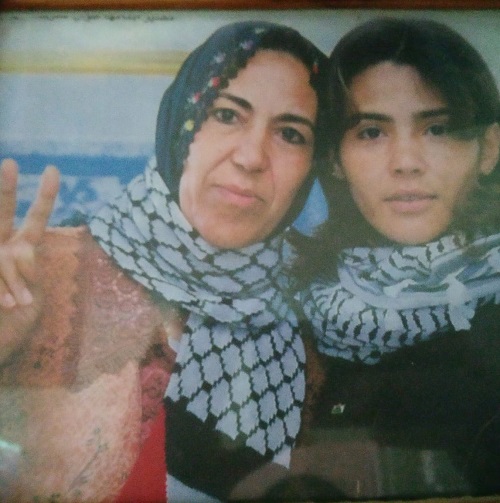 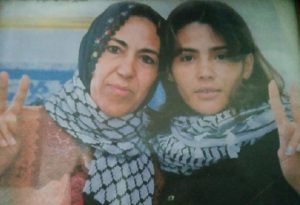 My Daughter, I saw you within the eyes of oranges,
I met you in my dreams, you spread your perfume on my pillow and I was longing to meet you, challenging the whips of forgetting and separation.”

Tragic stories are witnessed and lived by Palestinians every day. Yet, there are stories of great hope which keeps Palestine alive and strong. This is the story of a great Palestinian legend, poet and fighter, Rehab Kanaan.

Rehab lost all of the members of her immediate family during a violent massacre committed by Israeli forces in the refugee camps of Lebanon. However, even when she lost everyone, Rehab held on to the last rope of hope in her life, the hope that she would one day find her daughter Maymana alive. This story reminds me of my own life and my family’s escape from our own home during the bombing of Gaza.

Rehab Kanaan was born in 1954 on Lebanese territory but rooted strongly in her motherland, Palestine. Her parents were refugees during the tragic 1948 Nakba, or Catastrophe, and were forced to escape from their home in Safed along with nearly 1 million other Palestinians who lost their homes and land during that time. Rehab’s parents became refugees and lived in the Tel al-Zaatar refugee camp in neighboring Lebanon where they waited and hoped to return to their home one day.

Rehab faced the unimaginable in Lebanon. During the Israeli attack against Tel al-Zaatar in 1982, Rehab lost 51 members of her family, including her father, her mother, five brothers, three sisters, and other relatives. She was alone, without family, without hope.

Thinking of my parents who were martyred, while holding on to the keys of their home.

Blood flowed through the streets like a river and Israeli soldiers targeted and murdered the elderly, children, women, and even pregnant women in the refugee camps. Rehab escaped from her home in terror and witnessed great violence.

Her memories of escaping another catastrophe are not foreign to me. Like Rehab, I escaped my home with my family to seek shelter from Israeli bombs in the UNWRA school. My own parents held the keys to our home as we ran through the streets, fearing our death at every corner. I prayed for the chance to use these keys again.

I turn the papers of time waiting to meet you.

Rehab lived in shock for many years. She was traumatized and could not accept that she was alone in this world, without a family, without a home. And years later, Rehab lost her son, Maher, too.

Rehab believed that her own daughter, Maymana, who was only seven years old at the time of the bombing, may not have been killed but rather, may have escaped. She continued to search for her daughter with great desperation, spurred on by the constant terror that she would never see her daughter again.

Although she searched endlessly, Rehab could not find Maymana and was devastated with this loss. Her loss is shared by so many Palestinian mothers.

This is a Palestinian wound, the tear between mother and daughter, the grief of all that is lost as we are stranded in the diaspora.

Every time I leave my own home, my mother holds me close as if our survival is threatened whenever we go outside of our doors.

Rehab was forced to find a new life in Tunisia, where she continued to search for her missing daughter. She attempted to return to Lebanon but was denied entry. Even though Rehab was born in Lebanon, she was not a Lebanese citizen and remained stateless, as many Palestinians are fated to be. Our own identities as Palestinians are endangered, under attack, and disappeared. We are stateless yet surrounded by the boundaries of walls, checkpoints, and military zones defining our choices to move, to breathe, and to live.

Rehab returned to Gaza in 1995 and never gave up hope that she would find her daughter. She witnessed even more Israeli invasions and attacks against her homeland. Together, we survived the May 2021 attack on our homeland as the world watched in silence.

Then suddenly, after 22 years, Rehab received news that her daughter was alive! She held on to the last threads of hope and dreamed of the day that she could hug her daughter again. When Rehab heard her daughter’s voice, in a phone call from Lebanon, she fell to the ground in shock and wept. It took two more years before she could finally meet her daughter in person. The reunification was televised and very emotional.

Forgive me my daughter,
Our fate felt like an eternity it was never still
The belts of the horizon were parted by thorns and I longed for your embrace.

Rehab has used her anger and sadness to write powerful poetry about the Palestinian resistance and her dream to be free. She has published six literary works and is releasing her seventh soon. Rehab pursues her PhD and refuses to let her hopes and dreams be defeated by the occupation of her motherland. Rehab’s struggle is one that all Palestinians face, and the struggle makes me stronger, it makes Palestine stronger.

English translation of verses are from the poem, The Whips of Separation” by Rehab Kanaan 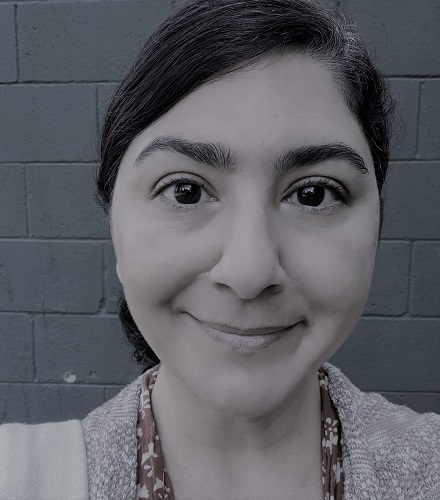