Home » Our desire to celebrate cannot be conquered

Our desire to celebrate cannot be conquered

Our desire to celebrate cannot be conquered 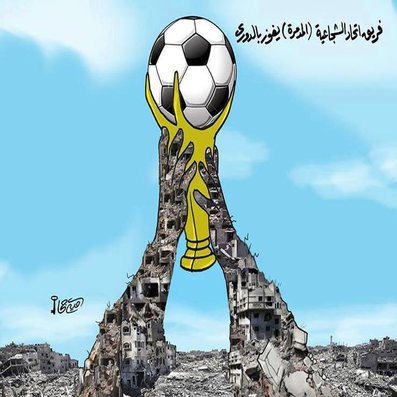 My neighborhood football club, Alshujaya, won the Gazan Premier League title yesterday for the first time, after a 4-1 victory over the Al Nusirat Club during the final game of the season. Our neighborhood might be considered the most devastated area in Gaza after the last Israeli assault. Some of the players' houses were destroyed and are not yet rebuilt. Some team members even lost beloved ones, such as Fadil Qanita, whose cousin Ramy was killed. However, our sorrow didn’t stop us from celebrating this victory. Many children, youth and elderly watched the match with joy. It's true there's still much weeping and bleeding, but there's celebration too! The Israelis can destroy our houses, schools and even our bodies, but they can never conquer our desire to celebrate and rejoice.