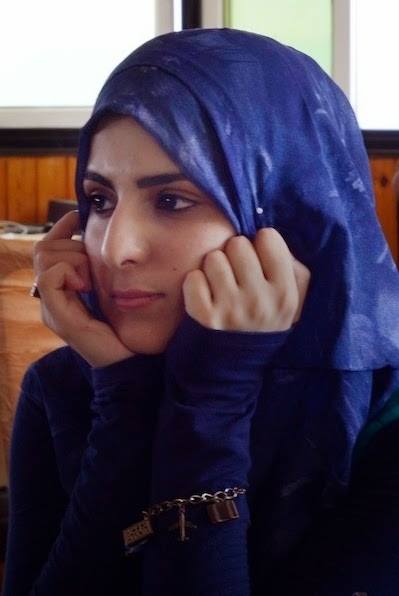 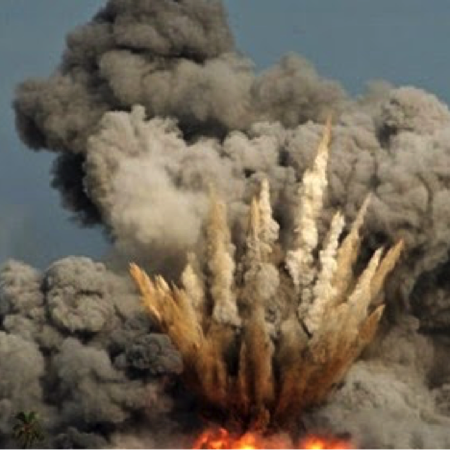 I have been asked to introduce myself. I am wondering how I should, as an activist or a journalist, who tries to raise the voice of Palestine? Both are true, but I prefer to introduce myself just as a Palestinian girl, because my nationality is a testament to the authenticity of my homeland and the injustices borne by my people.

I was born in a city called Deir Al-Balah in the Gaza Strip. I grew up in a fabulous family, guided by the lessons of my teacher—my father—who taught me to never give up fighting for my freedom and dreams. My father, who passed away six years ago, taught me to always look to the future and not be distracted by the painful present, as it is my only way to achieve my goals in life. All of the people in Gaza have dreams and high hopes for the future, just like me. I want to teach the world about the values and principles that I learned in Gaza, my school and my home.

I used to think I was bad at writing, but difficult circumstances can develop dormant talents. So, I found myself writing almost unconsciously. Perhaps I felt that by recording what was happening to my people and my home, it would begin to make sense. But as I look back on what I wrote last summer, just one year ago, it’s like reading the script for an action drama for a TV series that no one would believe.

A Day During Ramadan

It is the 10th of July 2014, the third day that I am writing in my diary about the war here in Gaza. Pain is gripping my stomach, but it’s an emotional pain, from constantly worrying about what will happen next. I feel like I am living in a horror show—the third part of a trilogy, because this is the third time in my young life I have fouond myself in the midst of war. There was 2008/9, then 2012 and now, what the news media are calling Operation Protective Edge. Like it is indeed, for the Israelis, just an action movie.

It started suddenly, with the sound of aircraft flying low, random shelling, and then the scream of ambulance sirens. That’s not unusual in Gaza. But this time the war comes in the holy month of Ramadan. This is  completely unexpected. As usual, my family gathers in our “safe” room, the visitors’ room in the middle of the house. We all have that one room we think is safest. Yet, in our hearts, we know that nowhere is truly safe. It’s just comforting to think so.

The Role of my Mother

When bombing gets too close to home, my mother starts reading verses from the Quran, making us repeat them, perhaps thinking it will somehow save her children by protecting them from the brutality of the shells. My younger sister, Zana, sticks by mother closely, as she will throughout the war, pleading, "Mom, don’t leave the house… don’t sleep away from me….don’t leave me alone.”

When the shelling intensifies, it is violent and scary. Zana is 17, but cries and squeezes my hands tightly like a child, in a way that scares me a lot—more than the bombing itself. What makes me cry is her look when she says, "Maisoon, don’t let go of my hands. Let's die together," or "I'm not afraid of death, but I don’t want to be alone!"

You probably can imagine not being able to sleep the whole night, fearing that if you close your eyes you will wake up to something you don’t like. But in our case, the worst-case scenario is seeing your family dead. Everything is possible in a war, but losing someone close to me is what scares me the most. I still suffer the loss of my father (may Allah bless his soul) and I always will. He died suddenly during another Ramadan in 2009, without any seeming cause. I am still in shock just thinking of it.

Lack of sleep and too much thinking have exhausted me. I often have the desire to shout, "PLEASE STOP, THAT’S ENOUGH (khaaalaaas, in Arabic). I NEED TO SLEEP JUST ONE HOUR."  Perhaps someone in the great cosmos will hear or pay attention.

The clock strikes at dawn, 3 a.m. here. It is time for the preparation of suhoor (breakfast during Ramadan). I get up, trying to suppress the desire to finally sleep after a scary night.

"Mohammed, wake up, come on. Zana, wake up and drink a cup of water. Mom, drink water, eat something."  I often take on the role of a mother who takes care of her children. It is a feature of my character.

Worries of the Family

I love my family very much; I am so proud of them and I miss my siblings who are abroad a lot. They are very worried about us and sometimes call us 10 times within an hour to make sure we are ok.

The phone is ringing; this time it is my brother, Yazid, a physician working in Germany. (Three of my siblings are in Germany, one in Sweden and another in America.)  "Are you ok? If there's any bombing around you, DON’T leave the house!"

Then another phone call. Now it’s another brother, Yazan, an engineer: "What’s happening?! I heard there is a shelling in our city! Do you have electricity? Do you need anything?" The same kind of calls soon come from my other brothers, Yousef and Zaid. (I have a large family—five brothers and three sisters! Only me, my twin Mohammed and Zana are still at home.)

The one who is the most horrorified is my sister Amira. She is studying medicine in Germany  and calls every hour or at any moment when she hears news of another bombing in our town, Deir al-Balah. "I am following the news and I heard there was a bombing. I am worried!! Please don’t hide anything from me! Are you ok?!"

When my siblings call, I can't pretend that everything is fine. Instead I just say, “don’t be afraid. It has became normal to us. Whatever Allah has written, good or bad, will be.” In their hearts, of course, they know that too.

I need to write all of this down so I can share it with the rest of the world. I don’t need to record it for myself, because it will remain etched in my heart and memory. Perhaps my writing will help wake up the world, which is in a deep sleep while millions weep.

Postscript: So, is life better now in Gaza, as we begin the first Ramadan after the war, this time without fighting? I wish I could say yes. The war is over, but it has left behind wrecked homes, missed opportunities and memories of lost loved ones. We see them where we used to play and cook together; but they will not come back. Both my sister and I lost university scholarships because we could not leave Gaza during the war, but I am trying now for a new one. I am determined to keep on living, and to keep my dream alive, because, as the spoken-word poet Rafeef Ziadeh says, “We Teach Life, Sir.”