Home » One girl’s joust with depression 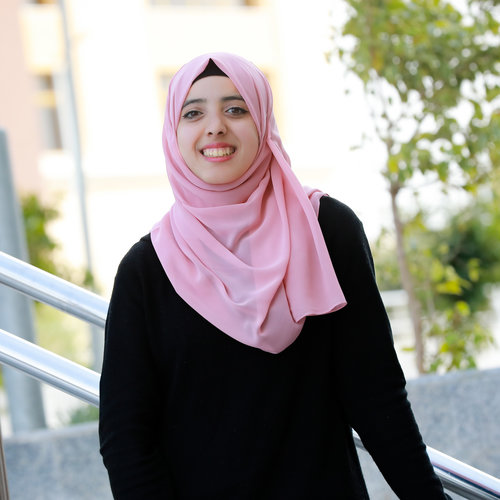 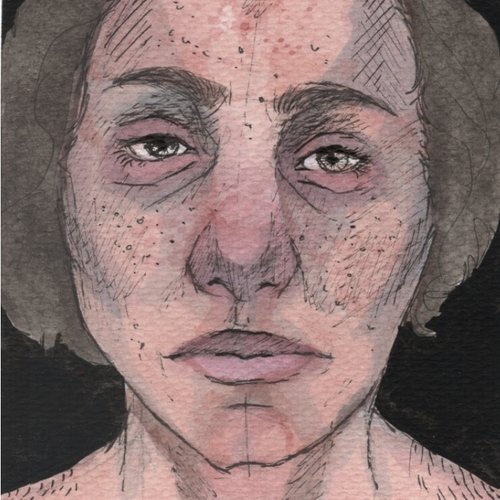 Depression is common. I know that. People around the world experience it. But it is uniquely felt everywhere. Let me share with you some thoughts about depression in Gaza:

For 24 years, I have lived through many events that justify feelings of sadness, anger and depression—from ongoing Israeli attacks, to the ever-present sound of Israeli drones, to the inability to travel out of this biggest open-air prison, to the lack of jobs. But talking about all of that and the effect on our mental health is not easy. Our brains are somehow programmed to think: We are heroes and can endure and fight against anything. Well, for me, that is not the case!

Our supporters overseas expect us to be strong, always ready to resist. And our own culture and religion dictate the same—that twe should be steadfast and never give up. This means we fear being judged as weak and vulnerable if we say we are depressed or pessimistic. Plus, every one of the 2 million people living in this 365-kilometre area faces almost the same challenges, so we don’t have much patience for others’ issues; we all need help. I believe so many of us need help so badly that we no longer can help each other.

I work hard to find ways to avoid becoming a victim of deep depression. I sought out new experiences (although the options are a bit limited here) and pushed myself to share my thoughts and feelings with friends. I even tried sleeping more than usual in a desperate attempt to stop overthinking, and sometimes forced myself to join activities with new people so I was too busy to dwell on the fact that I am not fine. Recently, to escape depression I tried sleeping less and buried myself in loads of work. But deep inside, the depression monster lurked. I am saying that in public and it does not mean I am weak or pathetic. I believe it means I’m human. A human who is sick and tired of always acting strong.

I once organized an activity I called “Depression Solutions” as part of the meetings we call “The Circle” at We Are Not Numbers. At each circle, a volunteer writer chooses a controversial topic to discuss with the others. I led discussions on how all of us deal with depression so we could learn from each other. I managed to get most of the participants out of their comfort zones by making them talk about their private struggles. Just being able to talk and having someone willingly listen was stress-releasing.

But at the same time, these discussions made me realize once again that facing depression in Gaza is not easy. Most of us simply don’t know what is normal anymore. Our lives as Palestinians have never been normal anyway! It’s become so difficult to understand people and hack their personalities and reactions. And this is actually what has made it so hard for me to be fine and happy during the last couple of months. My relationships with everyone around me seem complicated; I have to be careful about how to say things or act. As a result, I find it hard to be myself, because I am focusing on being careful, so I do not hurt people around me. I want to be the nice, helpful person in the room who allows others to feel safe to be themselves but end up not feeling safe myself. I wish we could all do that for each other, so we heal each other’s wounds.

Another contributor to depression is that people here are so full of negativity and anxiety but hesitate to try to share the burden when everyone else already has too much sadness in their hearts. Sometimes people search for a good listener, whether they know the person or not. That is exactly what happens to me. People I barely know unburden themselves and ask for advice, then say, “I don’t know why I am sharing that, but I thought you would understand me.” Well, I LOVE THAT! But then I end up worrying about them and that makes me even more depressed.

Our parents often fight depression by ignoring it and even believing it doesn’t exist. In fact, this is one of the biggest problems faced by Gaza youth: the wide gap between parents and children. Parents grew up in a better time, when they could travel and find work more easily. So, when we admit to feeling depressed, some parents say, “You’re exaggerating! If you were really depressed, you wouldn’t be able to leave your bed for days! Just be an adult and go on!”

Meaning of depression in Gaza

Even the word “depression” evokes a different reaction inside and out of Gaza. I hear that out of Gaza, if you say you’re depressed, the people around you are immediately concerned. But here, people often joke about it or compare your circumstances to others’ to show that you don’t have the right to be depressed. Being depressed here is like being thirsty; everyone is!
Actually, stories of youths committing suicide as a result of depression (no matter what the reason behind it is) seem almost common and expected now. People’s reactions are like this:
A: “Mohammed fought depression before he hung himself.”
B: “Oh really? May he rest in peace.”

And life goes on…

As the operation manager and a long-time writer for We Are Not Numbers, I’ve had the opportunity at least 15 times to represent Gaza youth with the media and on webinars. Many NGOs now see us as a go-to source for the “youth perspective.” I find myself ending my remarks with: “I am really sorry for all the negativity. I hope soon you will invite me again and I will have stories of happiness and success to share.”

Last year, members of the USA Palestine Mental Health Network met with a number of us from We Are Not Numbers in Gaza and I told them how depression affects our ability to write and be productive. We don’t see help from professionals here because of the stigma associated with it. If it is known that you are seeing a psychotherapist, you are labelled crazy or mentally “slow”! In response, they offered online sessions. But I could not bring myself to take advantage of them. I simply can’t convince myself that it will help, especially when the therapist can’t really FEEL what we Palestinians and Gaza live every day.

The Gaza Strip is like one big, crowded community. If you want to be alone with your misery, it’s almost impossible. Your family wants to take you to visit relatives, or your relatives visit you. If you’re fortunate enough to have a job, your co-workers scold you if you’re silent at your desk. Your friends are trying to escape depression themselves, so they don’t want you to be “the negative one.” You can almost never say no to social activities because that’s seen as disrespectful in our society.

A friend finally decided to overcome the stigma and seek help. His first attempt was when a manager of a mental health center offered sessions for free. But the manager never showed up for four appointments over two weeks. He later justified his lack of follow-through by saying, “I am busy with some paid programs.” The second attempt was with a private therapist whom he liked, but he couldn’t afford more than three visits. And that was the end of that.

As devout Muslims, we try to follow Islam’s rules in all of our life. Most people believe faith alone will stave off depression. And it does help to believe in God and his plans for us. But sometimes we need more than that. We need to learn how to deal with insecurity. We need to know how to trade sadness for happiness even in the darkest times. We need to learn how to be productive despite our worsening life circumstances.

The reality is this: Depression is even more frightening than Israeli forces. I want NGOs to fight it with us. We have lost so much since Israel was created on our land in 1948, and the only power we have right now—a hopeful generation—could be lost soon.