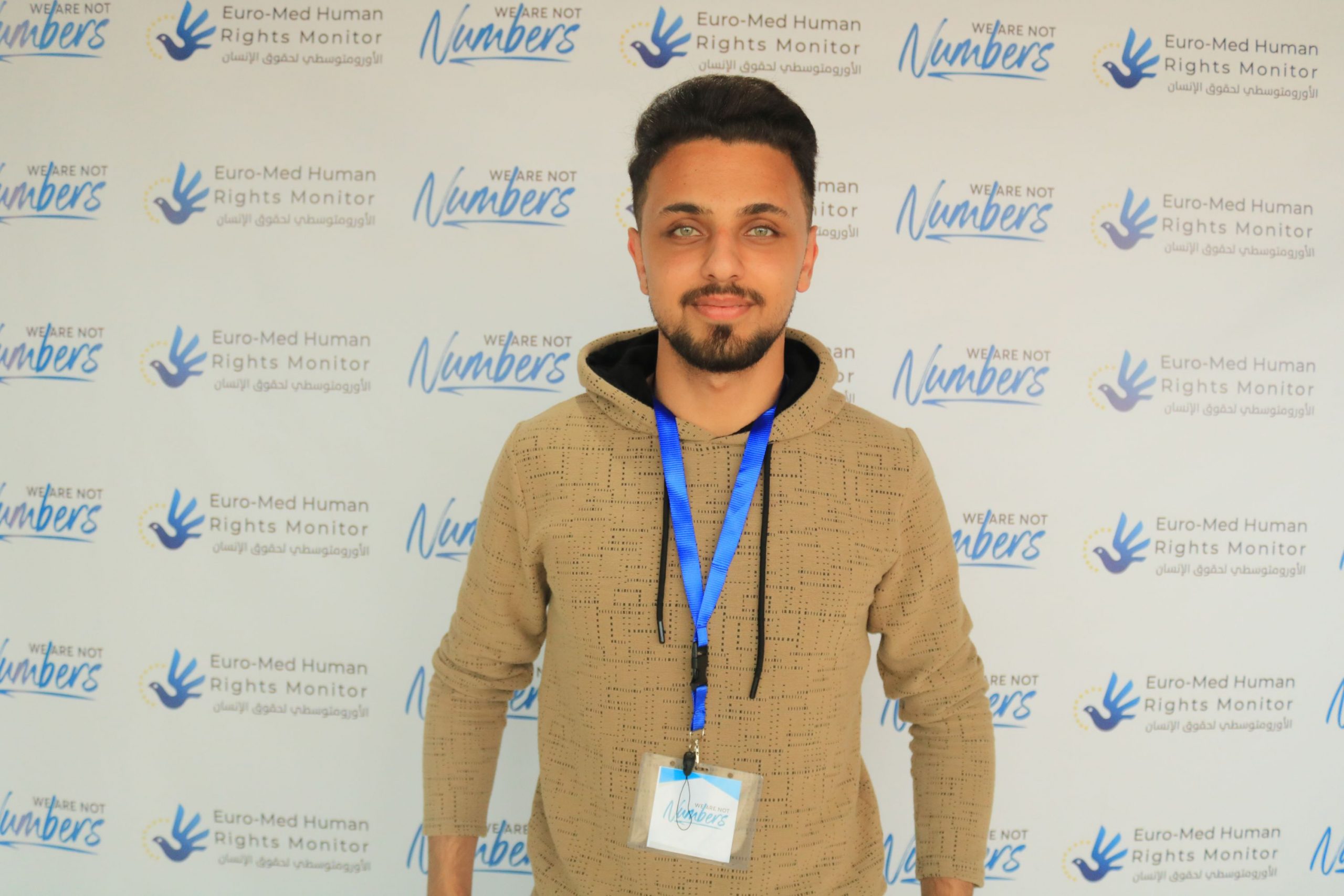 On August 6, Nour Diab woke her child, four-year-old Jameel, to have a late lunch. He asked her to make him noodles. She fed and bathed him. Then Jameel put on his new clothes, his father Najmuddin’s cologne, and his hair gel. 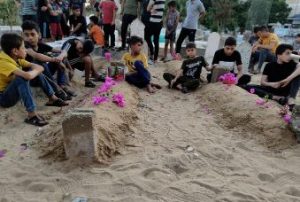 Shortly thereafter, Jameel went to the market store with his two sisters to buy crisps and a bar of chocolate. His teenage relatives, Mohammad, and Hamed were in the graveyard, so he met them there while his sisters returned home.

The Jabaliya Camp is one of the most densely populated areas in the blockaded strip. Because there are no parks in their neighborhood, the children living there always go to the graveyard to play and have fun.

Jameel, Mohammed, Hamed, Jameel Ihab Nijim, 13, and their friend, Nazmi Abu Krash, 13, were sitting near their grandfather’s grave in front of their houses. That’s when Israel targeted them although there were not any fighters there, according to eyewitnesses.

“Suddenly, I heard a massive blast. My two other daughters and I escaped to the western room to protect ourselves,” said Nour.

“I didn’t believe her as I hadn’t known he was in the graveyard,” Nour said later while holding back her tears. “When I learned Jameel was murdered, I fainted. When I woke up, I  could not receive any mourners.” Because Jameel’s body was shattered into pieces like his three relatives’ bodies, Nour could not hug him before burying him.

The raids, which targeted the Jabaliya graveyard, killed five children; four of them are cousins and one is their neighbor. “I don’t think Israel will be held accountable since it has never been held accountable before,” the grieving mother added.

Ismael Abu Mahdi, 36, was standing by the western cemetery gate at the moment of the bombardment.

“I heard a massive explosion in the graveyard. I was confused about whether to enter or run away until I heard a scream: ‘My son, my son!’,” Ismael said.

He directly rushed in and saw children’s bodies scattered everywhere and their blood covered three graves, one of them their grandfather’s.

Israel launched on August 5 a 3-day military attack on Gaza, in which it killed 49 Palestinians, including 17 children and three women, and left 360 injured, among them 151 children and 59 women.

“I could not recognize my son’s face; I recognized him by his T-shirt,” Ihab Nejim, 42, said with tears in his eyes and a strained voice.

His son Jameel, 13, used to play with his 4-year-old cousin Jameel Najmuddeen, who was very attached to him and followed him to his grandfather’s grave.“Like my other children, Jameel was so afraid of the Israeli bombing,” Ihab said.

Jameel liked to play football, excelled in his school, and his dream was to be a doctor.

“I didn’t allow Jameel to visit his friend next door due to the Israeli bombing.” During the bombing, my son was sitting on his grandfather’s grave, and I never expected the graveyard to be bombed,” said Ihab Nejim, in shock.

On the day of the massacre, three hours before he was killed, Mohamed Nejim,16, had taken part in a funeral of seven Palestinians, including four children killed on August 6 in front of Imad Aqel Mosque in Jabaliya.

One of the killed children was Mohammed Nijim, 16, whose friend Khalid,16, was next to his grave.

“I have known him for eight years. We studied together in the third grade. We used to go to school together every day, and go to the Gaza Sea three times a week,” said Khaled Yaghi, crying.

“Mohammed and Hamid Nijim who were killed were my friends. We used to hang out together every day.” Khaled said.

Mohamed was a pure child and excelled in his studies; his dream was to be an engineer.

Mohamed’s cousin, Hamid Nejim, was their friend in the same school and class, he was an excellent student, and his dream was to be a doctor.

Nour Diab is still shocked and cannot cope with her child’s killing. “I am dying every second when I see my son’s pictures everywhere. Today I saw his kindergarten bus, which he will never ride again,” she said.  “Jameel’s sisters came home, but he never will.”