Home » Not the first to be targeted and not the last

Not the first to be targeted and not the last

Not the first to be targeted and not the last 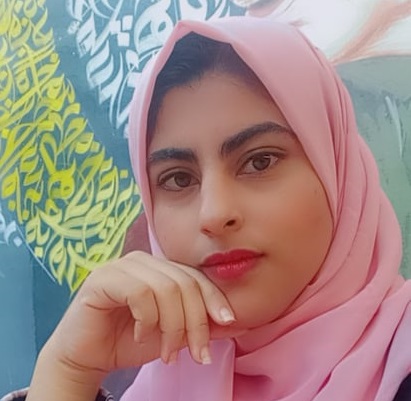 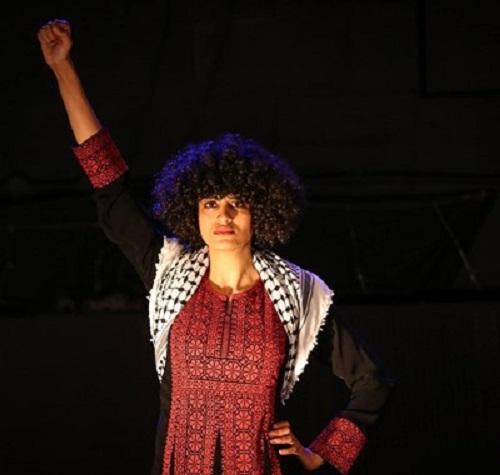 Like many Palestinians, Shahd Abu Salama’s family was evicted from its original village during the Nakba, and she was born in Jabaliya Camp in the Gaza Strip. After a childhood experiencing the injustice of the Israeli oppression, she traveled to England, became a PhD candidate at Sheffield Hallam University, taught there, and built herself a decent life.

Out of love for home and a sense of responsibility, she also has been a peaceful activist and advocate for Palestinian rights. Her voice and education are her only weapons before one of the greatest armies in the world. Dancing dabke, painting, protests, writing and speeches are how she responds to Israel’s corruption. But now she has been suspended by the university from teaching after a vicious campaign launched against her by the United Kingdom’s Israel lobby and Pro-Zionist activists.

In the western world, the story of the Palestinian-Zionist conflict has been manipulated and fabricated to fit the Israeli narrative. For a long time, Palestinians were not aware of this because of their lack of communication with rest of the world. But nowadays, with social media and the Internet, Palestinians like Shahd are becoming able to show the true narrative and reclaim their historical right to the holy land of Palestine.

Her moral and sacred lifestyle clearly doesn’t appeal to those who support imperialism, racism and colonialism, and so they accused her of antisemitism. What she’s up against is the deliberate efforts by Zionist sympathizers to silence and humiliate refugees from Palestine who now exist throughout the world as a direct result of Israel’s takeover of their land.

Shahd believes she is being targeted because she protests against the companies that supply Israel with an excess amount of military equipment to gain billions of dollars, resulting in the killing and bloodshed of Palestinians. She also insists she will never stop fighting for Palestine because this a cause for both Palestine and justice at the same.

As she attempts to show the world what’s happening in Sheikh Jarrah, Negev and Gaza, her dreams are threatened to come to an end if the university ends up expelling her. The university didn’t even give her the chance to stand up for herself and refute the charges before it suspended her. For example, some of the criticism against her was based on very old tweets that she wrote when she was still in Gaza writing from under fire, hoping to survive.

Shahd has refused to respond to any Zionist journalists, because they approach her with accusations rather than to seek clarification. She is very critical of the university for suspending her based on reports in Zionist outlets rather that doing its own investigation.

“Zionists are threatened by a success story, rising despite silenced oppression and immense pain,” she says. “Don't let them ruin my life like they did to my dad, born to dispossessed parents, detained at age 19 without a crime or fair trial, and with 15 of his prime years stolen.”

Shahd has been defended by Andrew Feinstein, a member of African National Congress under Nelson Mandela's and the son of a Holocaust survivor who lost 39 of his family members in Auschwitz and Theresienstadt concentration camps. “She is an important voice on global issues of anti-racism, and more specifically, on Palestinian rights,” he wrote in a letter to her university department. “She speaks eloquently, from her own personal experience and that of her family, on the reality of occupation, oppression, discrimination and repression. In the time I have known her — in the speeches I have heard her give, in her social media postings and in conversations — I have never heard or read anything from her that could be construed as antisemitic or racist.”

He added, “These types of accusations, which attempt to equate legitimate criticism of Israel with antisemitism, are dangerous as they stifle open dialogue and free speech on human rights abuses perpetrated by Israel, aim to silence legitimate Palestinian voices and undermine the very real and necessary struggle against actual antisemitism, and all racism.”

And his letter concludes, “I must add that if we prevent those who suffer, who are abused and subjugated, from speaking out against their oppressors, we are not only denying free speech to those who most deserve it, we are also denying their human right to live without discrimination, without occupation, without arbitrary detention, torture and murder. We are denying their human right to freedom. In fact, we are going beyond even Archbishop Tutu’s view that 'if you remain neutral in situations of injustice, you have chosen the side of the oppressor.' By silencing the oppressed we would be aiding and abetting the oppressor.”

Shahd’s brother, Majed Abu Salama, who lives in Germany, notes that a large campaign of support is behind his sister, including many labor unions, political parties, university workers, students’ unions and political movements and organizations, academic organizations and individuals. “It is the first time that we have manage to get such pressure on academic cases but she is Shahd, the inspiring and magnificent fighter for freedom who scares Zionists and the Israeli lobby wherever she appears,” he says. “For eight years now, she has been one of the most prominent political activists for Palestine in the UK. She has been targeted many times and refuses to be victimized or dehumanized. She always managed to step on those racists and move forward.”

Postscript: On January 28, 2022, accompanied by her union representative, Shahd met with human resources representatives from the university. She reports via Facebook that the university admitted that there had been issues with the way her case has been dealt with and she has been reinstated as a teacher. She is considering the offer but is concerned because she still has not seen the allegations that were made against her and she is still being investigated. Her union is asking for an apology from the university for the way she has been treated and says it will continue to support her until the investigation against her has been dropped.