The significance of an eye

Home » The significance of an eye

The significance of an eye 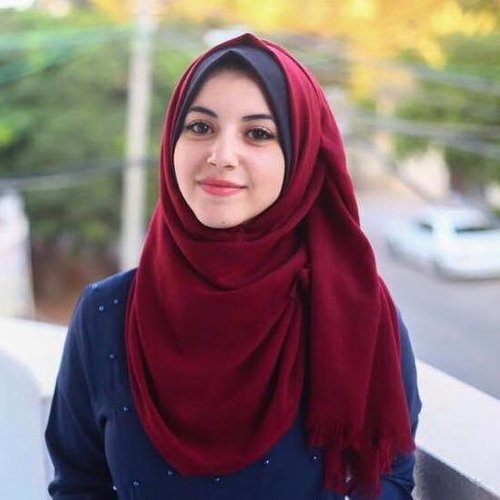 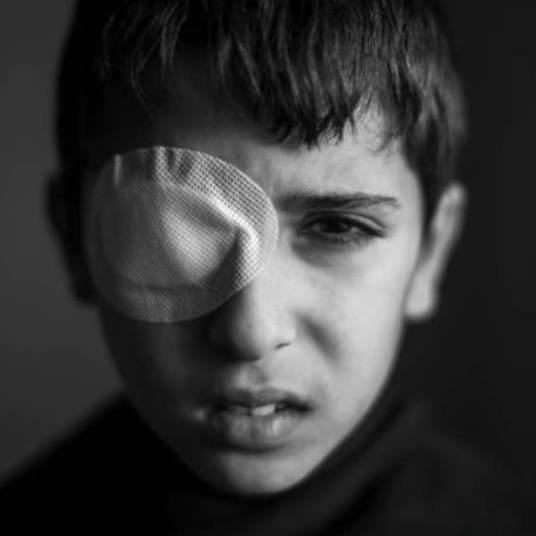 On February 7, 2019, the message below was posted to Facebook by Sa'ed Omar, who lives in the West Bank city of Ramallah. He had heard about Gaza's 12-year-old Mohammed al-Najjar, who was shot in the eye by an Israeli sniper on January 11 during the Great Return March protets. When Mohammad learned  his eye was gone, he locked himself in his room and stopped going to school. He also hasn’t played with his friends in his neighborhood, since then.​ I translated these words of Sa'ed from Arabic into English.

Let me tell you something not all people know about me: I lost an eye during war.

During the 2014 Israeli war on Gaza, I was shot in my left eye. There was a conflict with Israeli soldiers in al-Bireh, near the DCO checkpoint north of the entrance to Ramallah. A rubber bullet entered just under my eye and broke through my face. I was left with a terrible scar, a tear in my retina and damage to my optic nerve.

Three months later, I was given the bad news: I could no longer see with my left eye. I was boiling with anger.

Only seven months after being freed from nine years of imprisonment, I had lost half of my vision!

Frankly, I can’t deny I felt incomplete. Whenever I was alone, I pitied myself. I always bumped into things—and sometimes even people—while walking down streets. This led me to start wearing a sling, so I could prevent my left arm from bumping into cars and pedestrians. I was irritated when I could not shave my beard because I can’t see the left side. I was enraged every time I couldn’t find something, even though it was right in front of me. I was always anxious, thinking I might one day lose the sight in the other eye too—so much so that whenever I heard shooting, I immediately covered my sighted eye, terrified of complete blindness.

The memory of my injury haunted me in my nightmares. I often woke up terrified, vividly reliving the pain.

I know others keep telling you, “It’s okay; everything will be much better soon.” And I know those people love you wholeheartedly. But they will never understand your pain unless they’ve lived it.

A while after the incident, my bones began to heal. I could no longer feel the friction. The scar on my face was barely visible, but underneath I was far from healed.

I am still filled with sorrow. But it’s not because of my injury and my blindness. I am sad about the last scene I witnessed with two eyes: A man who spoke Arabic and looked just like me and you (except for the badge with two stars on his shoulders) scolded me and the others for clashing with the soldiers! He even prevented us from helping some Palestinians whose house was under attack by the Israeli army and some settlers.

Palestine! You think you might never see it in your whole life, right? Hear me out, Mohammed. Through the window of the bus, I saw the incredible sea I’ve been prevented from seeing my whole 25-year life, despite the fact that it’s only a 30-minute bike-ride away from my house. Our dreamland is worth the sacrifice of body and soul to break the curse. Our land will be ours again, and we will return.

They target our eyes and our feet so we can’t run back to our land. Alas! Little do they comprehend that Palestine runs in our veins. Little do they know we don’t need sight to see.

When I was first wounded, the doctors convinced me my eye would never see light again. But “the light” found its way into my eyes for the first time during the 2014 war.

I saw the light when Palestinian security forces—our own people but serving on Israel’s behalf1—took action against us, standing behind barricades with their shields and sticks. We protesters were marching toward the illegal Israeli Beit El settlement. The closer we got to the Palestinian forces, the more intense it became. The Palestinian troops threw gas grenades at us that were, ironically, bought from Israeli factories in the West Bank. People rushed everywhere, trying to protect themselves from their own government and their own security forces.

Then we heard a man screaming: An Israeli soldier had been kidnapped! At first, no one believed it. We were in complete denial until, finally, the resistance forces issued a statement declaring the kidnapping of a soldier. At that moment, our hearts leapt, and we were overwhelmed with joy. Masses of Palestinians rushed at the security forces, causing them to flee their barricades in fear. We almost approached the settlement. And that, my friend, is when I saw “the light” with both of my eyes. I could see free Palestine in a future that is drawing closer and closer.

Now, every time we come face to face with soldiers, I become sighted more than ever. After everything I have gone through, I feel invincible.

Ashkelon, Haifa, Bisan, Tiberias, Umm Khaled and the Negev: I’ve always seen them through the bus window and wondered, “When shall I see these cities of my homeland without this damned fence separating us, without these shackles confining our hands? When shall we walk freely on our land without being asked for an ID or a permit?”

People think it is impossible to regain our freedom, but isn’t this what they said when illegal settlers lived in Gaza2? The moment we decided to stand up for ourselves and to pay our flesh and blood for the sake of our country, we were freed.

Mohammed, you delivered a blow to our cowardly, so-called leaders. You are the intimidating man who stood against tanks, weapons and barricades.

They shoot us because they want to see us broken and devastated. They want us to give everything up, even our dignity. They want us to surrender and stop fighting back. But what they don’t know is that what doesn’t kill us makes us stronger. Trust me, Mohammed, you’re braver than the tyrant leaders of the Arab countries. You’re braver than all those soldiers with their weapons and tanks.

Mohammed, you’re stronger than your wound. Your wound will heal, but you shall never yield. You’re not alone; I wioll see with your left eye, and you will see with right one!

1 The Palestinian Authority (dominated by the Fatah poltical party) governs the West Bank; its security forces work with Israeli forces to maintain security–a practice opposed by many other Palestinians.

2 Israel removed its 8,000 settlers from Gaza in 2005. However, it continues to control one of Gaza's two land exits, prohibits a seaport or airport, prevents most exports, etc.