Home » I want the world to know

I want the world to know

I want the world to know 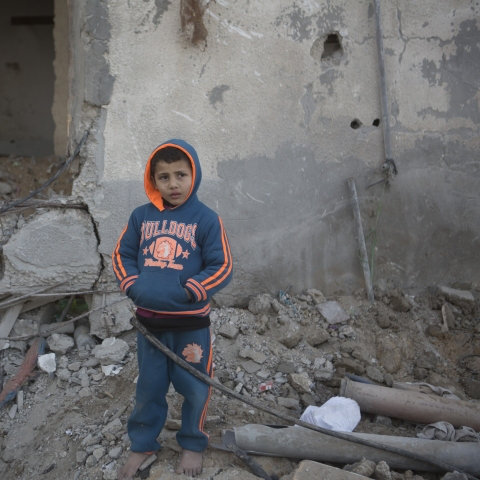 I want the world to know that when a Palestinian mother ululates over her son's death, it does not mean she’s heartlessly celebrating; rather, it’s an often-unsuccessful attempt to persuade herself and her other children that she will endure the pain no matter what, that she will not let the grief engulf her, that she won’t give up. But if you want to know the real truth, look carefully into her eyes and see what they speak; or, if you have enough guts, stand at her window at night to hear the heart-wrenching moans and sighs.

I want the world to know that when Palestinian kids throw stones at Israeli soldiers sent to enforce the occupation, it doesn’t mean we teach our children hatred or that we advocate violence. Rather, it’s our only way of showing them we will resist and defend ourselves, that we won’t be defeatists. Instead of questioning Palestinians’ intentions, these critics first should look for what Israel has contributed to achieving peace and justice. Expanding settlements, a 10-year-old siege, closed borders, eight hours of electricity a day, three wars?

I also want the world to know that there's really nothing that can stop us from falling in love, that we play Adam Lambert's “Another Lonely Night” when we get dumped, Justin Timberlake's “What Goes Around Comes Back Around” when we are cheated on, and Adele’s “Hello” when we sorely miss somebody. I want the world to know that some teens in Gaza skip out on their fifth class at school so they can see the girls they love and hand them naively written love letters.