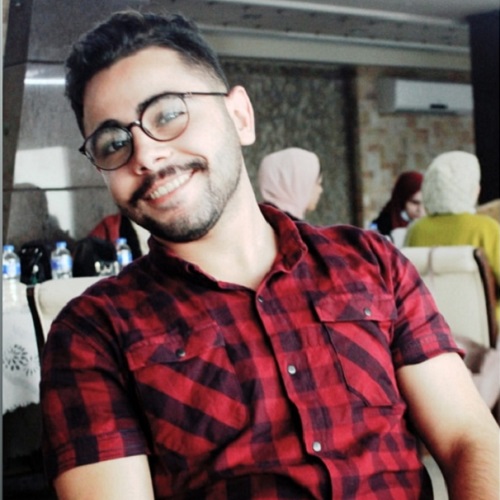 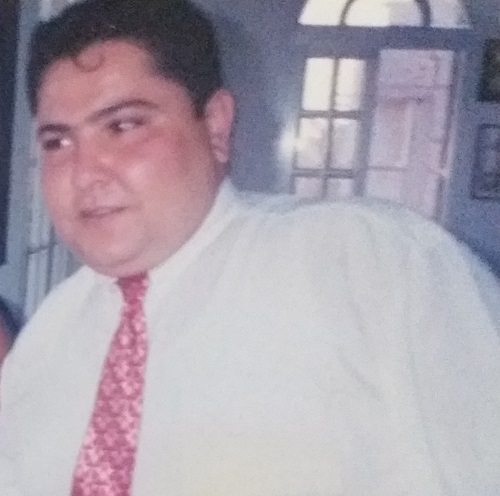 On the morning of Feb. 7, 2007, my family woke up early to welcome home my Dad. He had spent two weeks in the European Gaza Hospital because his health had suddenly deteriorated.

My father had dark brown wide eyes, like mine, and soft flying hair. He was not a skinny man. Actually, he had a belly that would fit me and my three siblings together inside. He was tolerant and helpful and had a heart that spread love all over his surroundings. He was educated, and he always loved to learn. When he was released from four years in an Israeli prison, the first thing he did was join a college to finish his bachelor's degree in social studies. He was a freedom fighter in every way.

So that morning it was with dancing steps, laughing amidst the fresh morning air, that my little brother Ameer and I were preparing our family a traditional Palestinian breakfast of beans and falafel. Then someone approached the front door and knocked on it with a heavy hand.  My mother reached the door before us. When she opened it, my uncles and aunts were standing in a line, all of them silent. Nothing in their faces indicated that they were coming to share the happiness of my father's imminent arrival.

Instead, the grief in their eyes was clear. "May his soul rest in peace," my eldest uncle said. The echo of his words was enough to make my mother collapse.

After my father's goodbye

My father died of a heart attack in the European Gaza Hospital the day he was supposed to be discharged. As a six-year-old child, I didn't know what death meant!  My father hadn't yet had the chance to teach me that he could leave me and never return. I could just tell from my mother’s reaction that a catastrophe had happened.

My mother was a schoolteacher. When my father died, she had four children to take care of by herself and no time to grieve. From then on, she spent many years of her life waking up early, preparing us for school, then going to her own school, then back to home, cooking, cleaning, teaching and doing homework with us, shopping in the market, paying the bills — the list of tasks goes on and on. This is what her days looked like, always unending. From the day my father died, she was a mother, father, teacher and best friend to each one of us. My mother literally dedicated her life to making sure that me and my siblings became good people.

Since my father's death, I have always hated to say goodbye to anyone I love, because it hurts so much. Their departure hits me like a slap in my face. I miss my father’s cozy hugs and the tiny tent he used to build for us in the bedroom during the rainy cold days of winter. Even today, people who knew my father pray for me.

It was 2018. We were a group of ten friends or, to be more accurate, ten brothers, a small gang. We loved to call ourselves “the kiddos,” a phrase we created to describe our unique relationship. Every one of us had something that made him special, and we each played our role in our group.

I was the head of romantic affairs, because I was the poet, writing all the time about love.

Mohamad Mashawekh was our kiddos food expert, the skinniest in our gang, but always hungry and always ate the most.

Mohand, our head of multimedia, was the best video gamer: he was into technology and everything related to it. Besides that, he had a beautiful singing voice.

Abdallah had been my friend since primary school. People often said we were twins. He was the footballer.

Anas was the nerdy kiddo. At first he was introverted and it actually took him some time to understand our bad jokes.

Other kiddos were in charge of sports, politics and human right activism.  We kiddos used to gather in my garden, lying on our backs, staring up at the afternoon sky and the night sky with its shining stars spread like white small patches on black paper. Sometimes we would talk for hours, about the effects of climate change or about poverty in Gaza, or about who had the best taste in music. But what also made us unique was that we could share our silence together, without saying a single word and without ever feeling bored.

But life in this corner of the world has always shown me that all that is finest in and around us, will leave us.

Our group of kiddos started to shrink. The economic crisis, the high unemployment, the lack of electricity and undrinkable water. These things, and more, drove them to leave if they could, to pursue a better future outside of the Strip.

Leaving Gaza is a different equation from leaving many other places. Here, before you travel you say goodbye to your family as though it will be the last time you will ever see them. When you can travel outside the Strip, you don't know if you will ever be able to return. Even if you can, will the people you love survive a random airstrike? Will they be alive when you come back?

Four of the kiddos each headed to a different country, to pursue their dreams.

Abdallah is a medical student in Khartoum, the capital of Sudan.

Mohammed was the last kiddo to travel. On the first day of Eid Al Adha in 2020, he found out he had an opportunity to travel to Germany, to study mechanical engineering.  We remaining kiddos were at the sea, discussing our annual trip to a seaside chalet, and I had just told them I didn’t think I could make it this time. Mohammed asked me to talk in private, so we went and grabbed two chairs and sat out on the beach.

“You know, after two and half years of waiting, I finally got my visa to Germany,” he said. “This trip we are planning to do might be our last gathering before I go. So you have to join us. Every one of us has to be there!”

I was happy for him, sure.  But deep inside me, another feeling was growing, hunting his happiness. My fear of being alone. I felt once again the fear of that child who lost his father fourteen years earlier, and who still had not got used to his father’s permanent absence. I could not think of anything to say to my friend.

For me, it's always been a struggle to make new friends, because of the fear that I may lose them too, one day. I know, it might seem nonsense, to give up and allow my fears to steal the joys of life. But, I miss the kiddos who have left so much. I miss our gatherings till dawn. I miss dropping by their homes anytime, our long walk to the sea, our discussions and arguments and our special friendships.

When I'm with the kiddos, I can be the real Abdallah, with his ups and downs, who talks about anything without feeling judged or misunderstood. The hideous can be beautiful with them.

My kiddo friends, I miss you so much and hope we will meet, someday, to relive our memories again!

I'm here, the 21-year youth, inside Gaza, who still fears to say goodbye, because every time I do, another small part of me is lost. 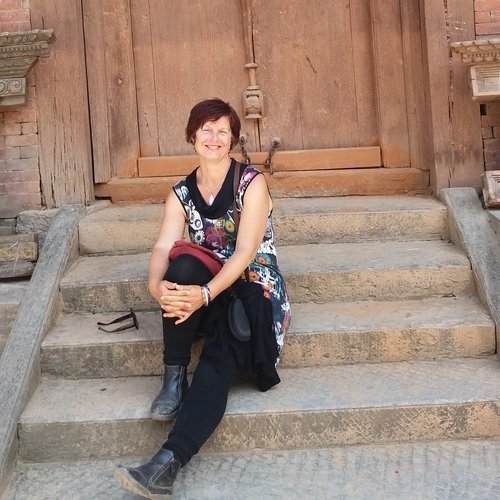