Home » Minus one leg, but not giving up 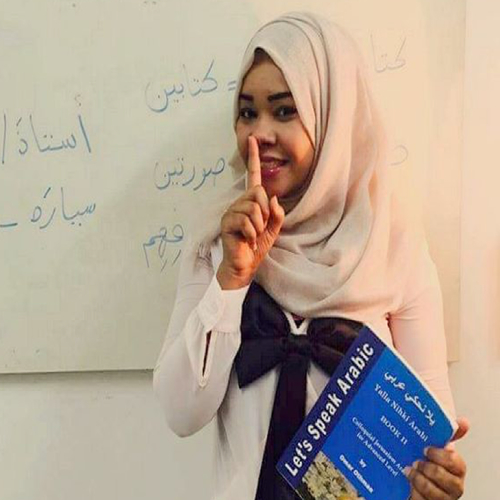 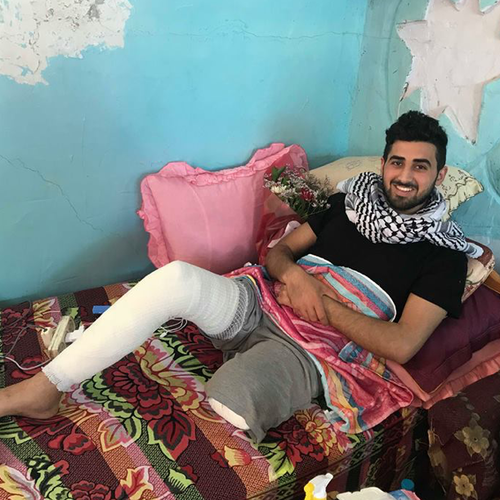 "Basketball is my favorite sport and sometimes I like to play football with my friends in our neighborhood. I am a fitness trainer too. But I don't know if I will be ever able to play sports again!”

Yousef al-Kurnz, a 20-year-old Gazan photojournalist, lost his left leg after being hit with an explosive bullet from an Israeli sniper while he was covering the Great Return March. It was March 30, the 42nd anniversary of Land Day, and protesters were peacefully marking it as they called for enforcement of paragraph 11 of UN resolution 194, which endorses the right of Palestinians to return to their ancestral homeland.

Tens of thousands of Palestinian men, women, children and the elderly participated that day, representing all political parties and sectors of civil society. Among them were Yousef and two of his fellow journalists; the border is just 1,000 meters away from his house.

"The first thing I did when I arrived was to put on the 'press' vest and slip my journalist ID card in my bag,” he recalls. “We were very careful not to go close to the security fence, just to be on the safe side."

However, that didn’t protect him. At approximately 14:15 (2:15 p.m.), when Yousef was photographing the protesters about 750 meters from the security “fence,” he was hit with a 16-millimeter bullet in his left leg, knocking him down with its force. When Yousef tried to stand up, the sniper fired a second bullet into his right leg. He could no longer stand.

"I didn't feel much pain when I was shot in my left leg; the Israeli used a silencer weapon and my friends didn't even notice I was wounded," he recalls. "But when the sniper shot my right leg, I felt my entire body trembling like electricity was running through it. I shouted, throwing down my camera."

Yousef was rushed by ambulance to the closest hospital, where he was admitted to intensive care. Despite the lack of sufficiently equipped medical facilities in Gaza, Yusouf was at first refused an Israeli permit to travel out through the Erez crossing. The Rafah crossing into Egypt was closed.

After three days, his doctors decided they had no choice but to amputate his left leg. Two Palestinian-rights advocacy organizations filed an appeal with Israel’s High Court, demanding an urgent permit. Four days later, Yousef finally was allowed to travel to Ramallah to try to save his right leg. (The Adalah and Al-Mezan human rights organizations also appealed for an exit permit for Mohammad al-Ajouri, 17. However, Mohammed was shot in one leg only. His wounded leg already had been amputated by the time of the court hearing, so the permit was not granted.) The court made it clear in its ruling that Yousef’s was an exceptional case, due to the urgent need for treatment, and its ruling would have no bearing on future transfers of patients from Gaza to the West Bank.

"I don't regret that I went to the demonstration,” says Yousef, who is studying montage and design at university and now is in his freshman year. “I am so proud of my work, I will succeed and I will achieve my dream to be a famous photographer. I still have two hands to hold my camera with.”

Ashraf al-Qedra, spokesperson for the Ministry of Health, said that at the time of publication, 33 Palestinians had been killed by Israeli snipers during the Great Return March, including three minors, and another 4,279 have been injured (642 minors and 243 women). Of those, 1,539 were shot with live bullets; 14 have lost legs and four had arms amputated. Yousef was among nine journalists who was shot; one—Yasser Murtaja—died of his wounds.