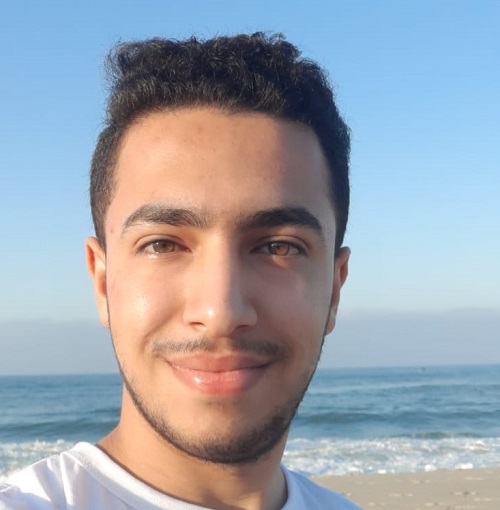 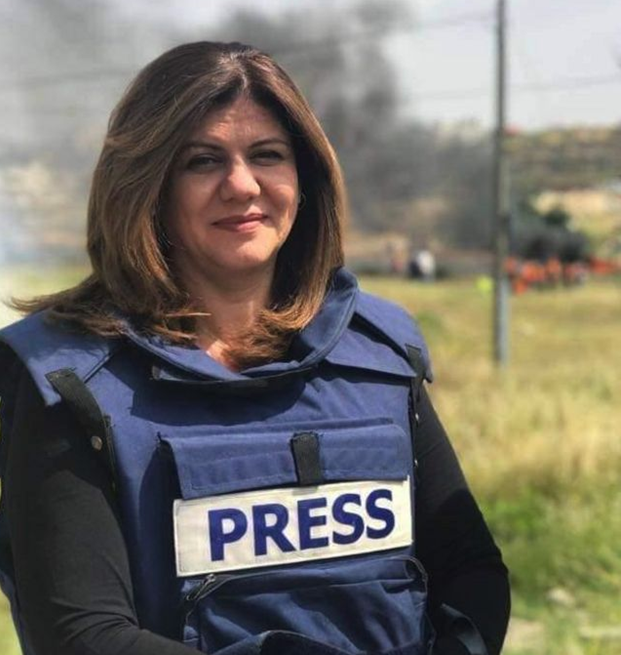 Every day, Palestinians are awakened with the news of Israel arresting or killing more of their people.

May 11, 2022, was another one of those traumatic mornings. This time it was Shireen Abu Akleh, 51, who was killed after she was targeted by the illegal Israeli occupation troops while reporting on raids in Jenin. The veteran Palestinian American journalist, who was born in Jerusalem in 1971, was wearing a protective vest that identified her as a member of the news media. She tried by her lofty work to reveal the real face of Israel’s continuing brutal acts subjugating the Palestinian people.

Abu Akleh studied architecture before switching to journalism at Yarmouk University in Jordan. After that, she returned to Palestine and worked for many prominent media channels. In 1997 she joined Al Jazeera Media Network, the year after it was launched.

No Palestinian or Arabic individual can ever forget her voice or how capably she covered most of the events that had been occurring in Palestine since the Intifada in 2000.  For as long as I can remember, Shireen’s voice could be heard from every corner of Palestine.

The image is now as clear as the sun that shone as they killed her in a cold blood even though she was wearing the press vest and helmet according to the safety procedures for reporters in conflict zones. However, the Israeli colonial regime once again crossed the red line. The child, the old man, the reporter, the paramedic—everyone is not safe from being ethnically cleansed by Israeli Zionists, and the reason is that we are Palestinians.

Shireen did not know that Jenin would be the place where she was murdered. Even if she had known, she would have not spared any effort to respond to the call of Palestine, whose voice she always wanted to raise. She dedicated her whole life to fighting against a terrorizing regime and working hard for the sake of Palestine to be heard in the international community which, until the very moment I am writing this article, has not taken any serious action, such as imposing sanctions or any of the other punitive actions they have taken against Russia since its invasion of Ukraine.

A mourner and an eyewitness

Thousands of Palestinians have been mourning her murder. One of them is Hajja Freihat, a woman from Jenin. In an interview with Al Madina TV, she said, “Shireen fought bravely and hard during Jenin camp’s massacre in 2002 from the first day to the end, and she was looking for martyrs among the rubbles, and she was thirsty and had no water.

“When I received the news of her death this morning,” she continued, “I was shocked and lost my mind, since she had looked with me for my children amid the ruins in the days of the massacre.”

In an interview with Al-Jazeera, Shatha Hanaysha, a Palestinian journalist,  revealed what she saw as eye witness saw happen. “We made ourselves visible to the soldiers who were stationed hundreds of meters away from us. We remained still for around 10 minutes to make sure they knew we were there as journalists. Then when no warning shots were fired at us, we moved uphill towards the camp.

“The hail of live bullets towards the tree that I was protected by, near Shireen, did not stop even when I and other civilians tried to reach her body to know what her status was, after a bullet pierced Shireen’s neck, and she fell to the ground right next to me.

“I cannot forget what my very eyes saw since it was the most traumatic moment I have ever experienced. They killed her without any mercy.”

Shireen’s murder by Israel must be condemned

Israel’s targeting of the Palestinian journalist who devoted her life to defending her occupied country by reporting on and revealing the real face of the terrorists and colonialists and the disgusting double standard it lives by in oppressing Palestine—these actions highlight Israel’s demonizing attempts to silence our voice. They think that we do not have the right to speak the truth about the Israeli human rights violations. But we do!

They think that the dastardly bullet managed to kill Shireen but, no, it did not kill her, since Shireen is a spirit and an idea; the idea cannot be killed, ever. During her 25 years of work in media, Shireen believed in the importance of shedding the light on the human aspects of the oppression, since Palestinians are not numbers. Shireen was predominantly concerned about offering the real reporting that Israel and the mainstream media distort and ignore, even as evidenced by what happened on May 11 when she became the victim.

Ultimately, the international community and the International Criminal Court must not turn a blind eye to this. They must condemn the systematic violations of human rights taking place.

The main question Palestinians send to the International Criminal Court is whether murdering the icon of Palestine, Shireen Abu Akleh, is enough to impose serious sanctions on Israel—or she is not a Ukrainian journalist, so it doesn’t matter?