Facing the question: What makes life worth living?

Home » Facing the question: What makes life worth living?

Facing the question: What makes life worth living? 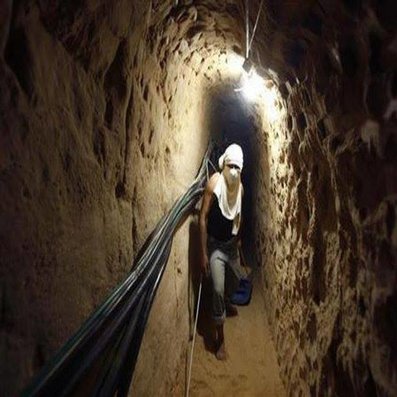 I first met Ahmed in early 2012, in a small park in Gaza’s Shuja'ya neighborhood – a place where my friends and I usually meet whenever there is a power cut in our neighborhood. The night air was dry and cool and I was waiting for my friends to arrive. On that particular day, however, they were late. Being the person I am, I patiently waited for them. I found a medium-sized rock with a flat surface at the corner of the park and decided to sit while I lost myself in a sea of thoughts. I was planning a prank to scare one of my best friends, Hamza.

In the still darkness, I was sure nobody would ever notice me. I saw someone approaching and immediately thought of Hamza. I could already feel the excitement deep in the pit of my stomach as I imagined his face when I pulled my prank on him. But much to my surprise, I saw Ahmed instead.

That was our first meeting. He said hello to me; I returned his greeting. He looked calm and experienced, even though he clearly was not the educated type. His features were not what you would call attractive, but there was something about his face that captured my attention. I loved the way he smiled; it was sort of crooked, his black eyes got small and his lips curved inward as if he was sucking on a lemon. Even today, whenever I see Ahmed smile, I know it is genuine and not forced. Since Hamza hadn’t arrived yet – though he had promised me he would be on time – I decided to take this opportunity to strike up a conversation with him. It was at that moment I got to know Ahmed, and his life story was something I did not expect.

Ahmed is the second-oldest child among 10. He dropped out of school when he was 15. His parents were struggling to keep the family from falling apart, so he decided he too should work and reduce his family's burden. He started selling newspapers on the streets.

Unemployment is very high in Gaza; nearly 60 percent among youth. But Ahmed soon was lucky enough to land a better-paying job—as a worker in the smuggling tunnels of Rafah, in the southern part of Gaza, beneath the Egyptian border. Those smuggling tunnels employed thousands of young men whose job was mainly to haul goods—including food, clothing and fuel—into the blockaded Gaza. The work was hard and dangerous; he was assigned a 12-hour shift, six days a week, in cramped spaces. Sudden tunnel collapses, electrocution and Israeli airstrikes were very possible, However, that didn’t stop Ahmed from being a diligent worker. Ahmed was extremely grateful; the pay was around 150 shekels (US$39) per day and he knew that with this job, he could ensure the ones he loved a better future.

There were some very daunting days, when Ahmed decided to spend the night at his work place due to the fact that his home was relatively far from Rafah. He often found shelter at the entrance of the tunnel, and tried his best to get the rest his body desperately needed. Though it wasn't comfortable spending the night on the ground, far from home in a place where his life was endangered, Ahmed never minded much.

Most of his earnings were used for his family’s expenses, but instead of grumbling about not having much money for himself – as most youth our age do – Ahmed instead felt like he had accomplished something big in life since he had managed to lift some of his parents' burden. He even gave around $2,000 to his oldest brother for his marriage. I had never encountered someone so selfless, and we became fast friends.

Early the next year (2013), Ahmed finally got engaged to the girl he loved. Perhaps God listened to his silent prayers and decided to grant them. He even brought me and some friends some sweets and invited his close friends for dinner.. Seeing Ahmed happy brought light to everyone's heart. But that event also changed Ahmed a bit. He doubled his efforts and worked twice as hard as he had before. Many of his friends didn’t see him that often anymore, since he was always too busy with work.

Later that year, the unexpected happened. Egypt's military destroyed most of the tunnels to improve their own security, causing Ahmed and thousands of other young Gazans, to lose their humble jobs. The transition from employed to unemployed resulted in many other changes to Ahmed’s life. He started to spend most of his time in Alshuj’ya Park, becoming more pessimistic and hopeless. He delayed his wedding celebration because he couldn’t afford the expenses. Money that he earned from odd jobs was constantly used for family purposes, until he finally was completely out of cash. Day by day, his financial situation became worse.

By 2014, Ahmed’s life had completely changed. He couldn’t bring himself to visit his fiancée’s house because he felt ashamed. If he didn't even have money to provide for his current family, how was he to support a wife and family one day? He felt as if the world had turned sinister and now was laughing at his failure.

One cold and dry night, after the power went out, Ahmed decided to put an end to his suffering. He found an electrical cable and tied it to the ceiling of his room. Ahmed got up on the chair and kicked it away.

But it did not end there.

As if on cue, his sister saw Ahmed hanging and started screaming. Her cries echoed through the house, awakening everyone. Mohammed, Ahmed’s younger brother, was on the scene in a flash—lifting him up to relieve the tension while his sister cut the cable. Ahmed was miraculously saved.

As for me, I could not suppress my confusion and doubt. So I decided to ask him directly: “Why did you do it, Ahmed?" He replied, "It's because I couldn’t maintain my self-esteem. All doors of hope have been closed to me in Gaza. It is a suspended death to be unemployed."

Postscript: Since then, Ahmed has survived Israel’s 50-day assault against Gaza (July 8-Aug. 26), and he still has only occasional day work. However, he remains engaged to the love of his life. And I am still his friend