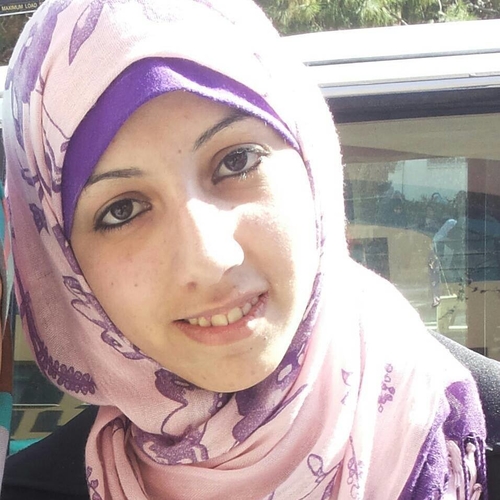 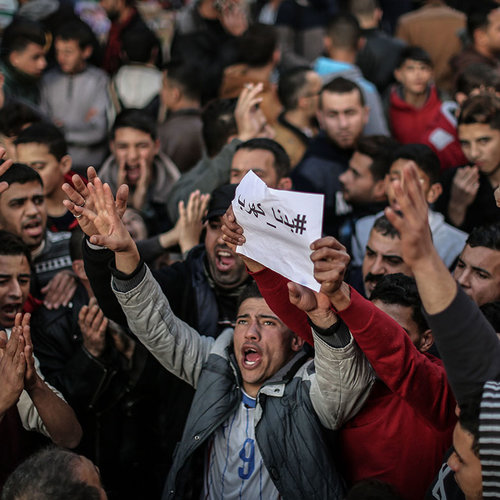 Until the government of Qatar came to our temporary rescue recently, Gaza was plunged into darkness for all but three hours every day or so. And while the 10-year Israeli blockade is the obvious and well-known culprit, Palestinians’ own political leadership must accept responsibility as well—a much bitterer pill, in some respects, because they are us. This is my letter calling on them to remember that they must be our servants, not the other way around.

I have a question for you. How can you sleep warmly in your beds when your people don’t? Thousands of Palestinians left homeless in the last war on Gaza are still living in caravans [trailers] with few means to get warm during the winter when there is no electricity. Did you know that caravans are described by locals as "fridges" because they are so cold? What have you done to try to alleviate their suffering?

I feel obliged to remind you—if you're blind to reality—of your responsibilities for the people in Gaza. For example, a 12-day-old boy named Mohammed Al-Soarka died recently due, his parents are sure, to the extreme cold. His family lost their home in the 2014 war on Gaza and have lived for two years in a caravan they describe as a “freezer.” Did his death at such a young age cause any anguish in your hearts?

Mohammed is not just a victim of Israeli aggression; his death also is due to your political bickering. Electricity has become a competition in which you each accuse the other, leaving us baffled and unable to choose which side to believe. When will you realize that we are so fucking tired of your blame game?

As I write to you now, I feel like I am breaking out of a prison—a prison not of bars or fences but a psychological one created by your repression and our fear of retaliation. I dare speak the truth to power because this is as much my right as anybody’s. Our blood soaks the soil of this country. We lived through three genocides and our friends and relatives were murdered fighting for a freedom we haven’t yet achieved. Yet our government tries to suppress with force the voices of youths who went into the streets to object to the chronic power cuts and their own leaders’ role in creating them.

It is very appalling to see youths being arrested, beaten and insulted by Hamas police in the Gaza Strip and by Fatah-controlled security forces in the West Bank. Doesn’t Palestinian law give us the right to protest peacefully? And why do you oppress us anyway? Why was Mais Abed, who is my age, hit so hard on her head by a female police officer at her university in Gaza that she fainted? All she did was chant “I want electricity” in the demonstrations. How is that a crime?

Why should I feel intimidated when I criticize you, remembering what happened to many others who wrote or spoke about what they truly feel and ending up arrested and abused? Why are you accusing protestors of being collaborators or riot makers and forcing them to promise not to engage in other protests? Tell me what motivates you? Power? Money? It certainly isn’t ending the occupation, building this country and improving our lives.

You made us believe all of our problems and misery are due to the Israeli authorities and their 10-year blockade of the Gaza Strip. You made us believe we should be resilient because this is the price of freedom and that our tolerance for unremitting abuse of our dignity would be rewarded. But we are fed up with your patriotic statements and empty promises. How do you expect us to remain resilient as we become aware of your parties’ corruption at our cost? How do you expect us to be resilient when you are divided, thus depriving us of our one chance of winning—a unified voice? How do you think we will be able to resolve the conflict with Israel when you cannot put an end to your shameful sparring?

Yes, the blockade is a major cause of the power crisis. Israel provides about a third of our total fuel and is stingy in the flow it allows. But you also have failed us. The head of the information and public relations department at Gaza’s Energy Authority, Mohammad Tabet, said in the media that only 48 percent of residents pay their monthly power bills ($11.8 million-$13.2 million out of $45 million-$50 million owed). But what about public institutions, mosques, offices and centers run by Hamas, Mr. Tabet? Do they pay their electricity bills? Or do they get electricity all of the time, at the expense of the people? And how do you explain, Mr. Tabet, the high cost of electricity to the people when we only see it up for six to eight hours a day? Some electrical engineers have publicly blamed meters and bill collections that resulted in residents paying more than expected. I also wonder, now that Qatar and Turkey have funded an emergency supply of fuel, whether the Gaza Power Distribution Corporation is still working to collect electricity fees from Palestinians. Will these collections be sent to Abbas’ Palestinian Authority in exchange for fuel?

After the protests of youth in Gaza, Prime Minister Rami Hamdallah [with the PA in the West Bank] demanded that Hamas hand over all public-sector businesses in the Gaza Strip to the “government of national consensus” [the weak unity government], including the Energy Authority. Will the Hamas government recognize that it’s time to work together? I hope so.

Of course, the PA also plays a great role in this crisis. It’s only recently that we began to understand from media reports how this all works. The authority contracts with the Palestine Electric Company to produce power for the Strip, and pays it $2.5 million a month no matter how much it does—or rather, doesn’t—produce. In fact, recent media reports revealed that the PEC earned a profit of $13 million in 2015! This news raised many questions among Palestinians. The power plant hasn’t run at full capacity for a long time, so how can it make such profits? By the way, I assume you know—and don’t care—that the average cost of purchasing fuel locally is three times the price of buying from Israel. That’s the result of the stiff taxes imposed by the PA. Why are these taxes needed, Mr. Abbas? How are the revenues used? Does any of it come back to help Gaza?

Sixteen years have passed since the contract was signed between the management of the power plant and the PA; however, the company has never run at the capacity cited in the contract. How has this company improved our economy? I suggest, Mr. Abbas, that the PA attorney general conduct an official and public investigation to identify the details behind the signing of that contract, thus dispelling the concerns raised about its ethics.

I want to end by reminding you that Qatar’s and Turkey's generous infusion of money to save us from the fuel shortage is appreciated, but only a temporary painkiller for our misery. The crisis is expected to re-emerge once the quantities of fuel provided by Qatar and Turkey run out (about three months). Don't waste any more time; do something to stop your posturing and a long-term solution to our constant blackouts. I am sure you can find a way. After all, many projects and proposals have been presented to solve or alleviate the crisis, there has been no action to date.

We Palestinians have paid a heavy price for your territorial disputes; it is time to say enough to this dire situation. We are humans. We have rights, and we will stand up for them.