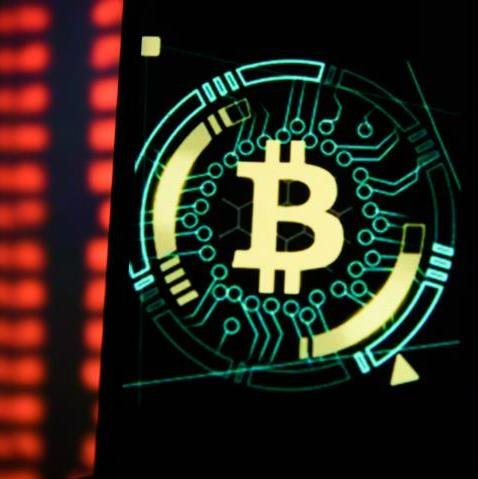 Abu Jihad, 30, couldn’t keep his eyes away from his phone screen, compulsively checking his Bitcoin account balance to be sure the price of the cryptocurrency wasn’t falling. The Gazan Palestinian graduated with a degree in business administration in 2011 and has been unemployed ever since. But now he has discovered he can trade and invest using digital money. He refuses to reveal his full name or the amount of money he has made, saying only that he earns enough to make a living and that, “Even if find a job, I won’t stop doing commerce through Bitcoin; its value increases in a magic way.

As Venezuelans invest in the cryptomoney Bitcoin to protect themselves from the hyperinflation of their own currency, Abu Jihad and others in the occupied Palestinian territories—particularly the besieged Gaza Strip—are following suit. Ahmed Ismail, a financial analyst in Gaza, told specialist media CoinDesk there are at least 20 unofficial offices in Gaza for cryptocurrency exchange. Even the Hamas movement that governs Gaza is exploring its use.

When Israeli Prime Minister Benjamin Netanyahu froze in January the flow of Qatari-aid payments to Hamas (now resumed, but distributed directly to needy families), party officials announced it would attempt to seek funding from supporters using Bitcoin instead—a new strategy adopted by Hamas to combat Israeli control of its currency and financial flows.

The move first was announced Jan. 29 by Abu Obeida, a spokesman for Hamas’ military wing, the Izz el-Din al-Qassam Brigades, via his official Telegram channel. He stated that Israel is blocking all Hamas sources of external funding, adding, “The Zionist enemy is fighting the Palestinian resistance through an attempt to cut off aid by all means. Lovers of the resistance all over the world, however, are combating these Zionist attempts and are looking for all possible means to come to our aid.”

Ihab al-Ghusain, head of the Gaza government's Information Office, wrote on Twitter, “The cost of Umrah (Islamic pilgrimage to Mecca, Saudi Arabia) for a Gazan is $1,200. Despite our yearning to visit the sacred mosque, I call upon our people to rather spend that money to support the impoverished people and resistance. What do you think?”

Ibrahim al-Madhoun, a political analyst close to Hamas, explained to Al-Monitor, “Hamas also is suffering from a financial crisis due to declining regional support. Some countries that have supported Hamas now face political extortion and threats from the U.S. and others, such as Qatar and Iran. In addition, donors have other financial commitments in other places in the region and have been drained by the Arab Spring uprisings.”

Bitcoin is the most widely used brand of cryptocurrency, a digital form of cash that can be saved and exchanged independently of a bank or other intermediary. In other words, it is a type of peer-to-peer money network.

Mohammed Abu Jayab said, economist and editor of the Gaza business newspaper Al-Eqtesadia, explained that cryptocurrency is one of the few solutions that may be available to Hamas: “It’s obvious from the strict financial isolation conducted by the U.S. and the Arab regimes against Hamas that it needs a new way to finance its activities. Since money transfers through Bitcoin occur outside the world banking system, it makes it quite difficult, if not impossible, for Israel to track the transactions. Bitcoin also makes it easier and safer for donors to contribute, protecting them from falling afoul of their government’s restrictions on who they support.”

It’s not just Hamas that suffers due to the PA and international restrictions on the Gazan economy. So do the 2 million residents. In addition to the Israeli government, Hamas and Gaza as a whole are being squeezed by Mahmoud Abbas, leader of its bitter rival, the Fatah party, and head of the Palestinian Authority (PA) in the West Bank. In his attempt to force Hamas to give up its governance of Gaza, Abbas has imposed punitive sanctions that are further strangling the strip’s economy. The PA cut the salaries of its employees in the Gaza Strip early in 2017; as a result, approximately 40,000 people, who support many more relatives and businessmen that rely on their commerce, received only 25 percent of their salaries last month. A variety of social-welfare and health benefits have been cut as well.

In addition, international money-exchange platforms like PayPal refuse to service Gazans, in large part due to the U.S. and European decisions to include Hamas in their lists of organizations deemed to be terrorists.

Thus, there are increasing reports of businessmen and others in Gaza attempting to use Bitcoin to for business and to receive donations. For example, Abu Jihad was introduced to Bitcoin through an online course in electronic commerce; now he has taught his wife as well.

Another Gazan, the owner of a popular money-transfer shop in Gaza City who declined to give his name, said Bitcoin is becoming a lifeline for businessmen there.

“The number of Bitcoin users is on the rise. The day after Hamas’ request for donations through Bitcoin, dozens of people hurried to my shop to ask me how they could use it. A week ago, one customer ended up earning US$10,000 using Bitcoin.’’

The major outstanding question, however, is whether extensive use of Bitcoin by Palestinians will attract Israeli or U.S. intervention. Tallha Abdulrazaq, a researcher at the University of Exeter's Strategy and Security Institute, told TRT World that Hamas would eventually have to sell its Bitcoin for dollars and then bring the money into its territory, which usually means smuggling it in from neighboring Egypt.

Coinbase, for example, has reported it is the subject of a lawsuit filed by the Shurat Hadin-Israel Law Center. The letter notifying Coinbase of the lawsuit says, in part, “Knowingly providing material support or resources to Hamas is a violation of U.S. federal criminal law; [we] demand that Coinbase immediately terminate any and all accounts and services provided to Hamas.”

However, Abu Jayab predicts Hamas will not be stopped. “Many people around the world support Hamas as it represents resistance against Israel. I am pretty sure Hamas can manage to use Bitcoin to overcome its current financial hardship,” he says.