Home » The carpenter and the athlete

The carpenter and the athlete

The carpenter and the athlete 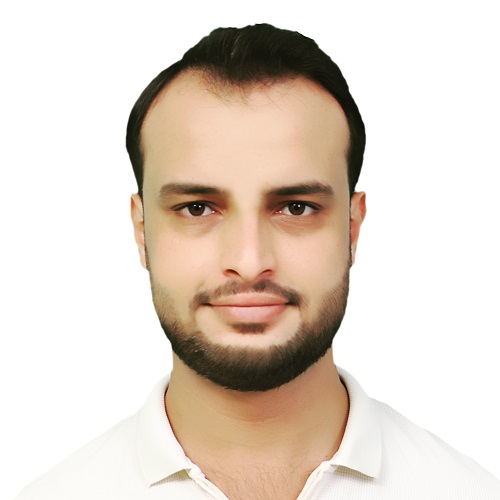 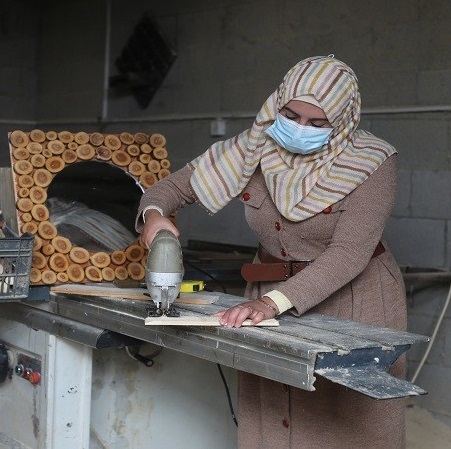 March 8, 2021—In celebration of International Women's Day, We Are Not Numbers presents the profiles of two courageous and groundbreaking women of Gaza.

Every morning, 32-year-old Tahreer Abu Shab wakes up at 6 a.m. to make breakfast for her husband and three children. Then she and her husband go to their small carpentry workshop in Khan Younis City in the south of the Gaza Strip to start their workday making products out of recycled wood.

“We started our work in 2012 with a few small tools at home, because neither I nor my husband, who has a bachelor’s degree in banking and financial management, had a permanent job,” says Tahreer, who has a B.A. in nursing. “I used to make wooden gifts to give my friends, but then in 2012 I told my husband of my desire to use carpentry as a source of income. He agreed and supported me.”

They started by making gifts and house and garden furniture. By 2017, their business had taken off, so Tahreer and her husband opened their carpentry workshop.

The business would be even more successful if the Gazan economy were not so deteriorated. The rate of unemployment in Gaza is 46.7% and the rate of poverty is 53%, according to 2020 statistics. “Dozens of people come to my carpentry workshop and they like many products,” Tahreer explains, “but they cannot afford them despite the fact that our prices range from just 10 to 400 shekels” ($3 to $120).

Tahreer’s path has also been difficult for two other reasons besides the poor economy. One problem has been that, for several years, Tahreer worked part-time as a nurse so was doing both jobs at the same time.

A second challenge was dealing with criticism from the community that carpentry is not women’s work. But Tahreer has successfully defended herself. “I do nothing wrong,” she says. “I do not deal directly with men because that is my husband’s job. I just draw decorations and do some effortless things. So, I do not care about the criticism. I do this work to build a good future for my two daughters and son. My husband and I were denied the right to pursue our chosen occupations, and we want our children to avoid that same fate.”

What about her dreams? “I hope to start a doors industry soon and to have a gallery containing my products.”

Tahreer’s message for the world is this: “Discover yourself and achieve your goals and do not wait for others’ help. No one will help you if you do not help yourself.”

A profile of Tahreer (in Arabic, with photos) is available at Al kofiya TV and photos of the woodworking shop are on view at its Facebook page.

When Fatima Al Hooly was born, a doctor made a terrible medical error. By accident, he cut her left leg's blood vessel. After a week, the leg had to be amputated.

Fatima, who lives in the Al-Shejaiya neighborhood in east Gaza, used walking sticks until secondary school, when she received a prosthetic leg. She studied for a diploma in social services at university in Gaza, but she was unable to obtain a job, and that made her discouraged and unhappy. A life-changing moment occurred in in 2010 when she joined Palestinian Sports Center to learn the sport of discus throw. “Then I mastered it,” she says.

“At first, my family was afraid that discus throw would badly affect my health,” Fatima says. “But their fears vanished. I also faced many criticisms from society such as, how dare a woman play among men? I remembered when I started, I was the only woman among 60 men. But I continued my journey.”

In 2011, Fatima participated in the Arab Sports Games Competition in Qatar as a representative of Palestine. “We were 21 rivals from 21 countries. I won fifth place in discus throw,” she says. “It was an amazing opportunity.”

Fatima also plays basketball, and with her team she visited Jerusalem for the first time in 2012. “I suffered a lot at the Erez Crossing,” she recounts. “The Israeli police put me in a small room and they forced me to take off my prosthetic leg to check me. After passing through Erez Crossing, I told my mates I would never go through that experience again. But as soon as I saw the charming beauty of Al-Aqsa Mosque, I changed my mind.”

During the massive Israeli aggression on the Gaza Strip, Israel bombed the Palestinian Sports Center. So for the past two years, Fatima has been exercising at home, with a broken heart and lingering anxiety from that calamity.

In 2014, she joined Peace Club for Persons with Disability. Since then, Fatima has been playing basketball with its team. She also is a volunteer board member of the club.

Fatima emphasizes how important it has been to her to receive support from her family to do everything she likes and to move freely. “I want to say to all women, especially the disabled ones: Do your best to make your dreams come true, and to challenge norms and customs that are against women.”

Watch this video about Fatima and check out the Peace Club for Persons with Disability Facebook page.