Bridge-building: an unexpected benefit of ‘WANN’

Bridge-building: an unexpected benefit of ‘WANN’ 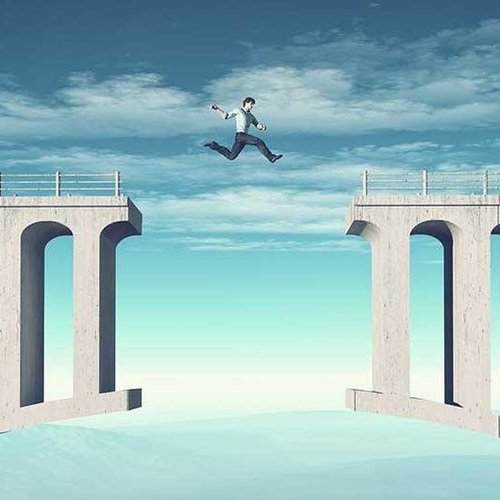 We Are Not Numbers is not only a platform for Palestinian youth to tell the human stories behind the numbers in the news. It also builds bridges with other cultures, religions and perspectives—for example, with the American Jewish community.

I was privileged; I spent a year in the United States as an exchange student and met many Jewish people. I learned firsthand that there are many who are sympathetic to the Palestinian cause or are at least willing to listen and learn. But most Gazans have very little contact with Jewish people since we are not allowed to travel and the only Israelis to whom we are exposed are in tanks, warplanes or checkpoints. So, it’s not surprising that many Palestinians regard them with distrust.

We Are Not Numbers helps bridge that gap. In addition to the fact that many of our volunteer writing mentors are Jewish, there are a surprising number of Jewish people among our social media fans. Several have even reached out to our writers to engage with their essays—not to challenge them, but to better understand them. One is Ruth Alcabes, 57, an American who lives in West Hartford, Connecticut. She is special because she has reached out to many of our writers and has formed genuine friendships with quite a few. The result has been a greater understanding on both sides.

The making of an independent thinker

Ruth grew up studying Judaism and the history of Israel in a Hebrew school associated with her family’s synagogue. When she reached high school age, Ruth chose to continue her involvement in Jewish programs because she wanted to learn more.  However, while she says support for Israel was a “given” in her community, her father was open to at least considering other points of view, once recommending she read the book “Israel Without Zionism.” Still, Ruth doesn’t remember hearing the term Palestine or Palestinians (except in a historical context) as a child.

“I only heard the word ‘Arabs,’ as in the Arab-Israeli war, Arab refugees, Israeli Arabs, etc.,” recalls Ruth. It was only starting in the 1970s that she heard the word Palestinian, and then often in terms of “Palestinian terrorist.”

Ruth’s process of internal questioning began slowly, becoming more conscious in her university years (1979-1983). It was in college that she met people who had different perspectives, hearing for the first time that the Palestinian refugees had not left their original homes voluntarily but had been forced to flee or left in fear. (As an example of how our understanding of history continues to differ, however, Ruth would qualify that statement by saying “most.” I disagree.) As a child, she was taught that Arab leaders instructed Palestinians to leave, so their armies could fight the Jews without hindrance. Ruth remembers feeling misled and even betrayed.

Around that time, Ruth met an American Christian woman who had studied for one semester in Jerusalem and returned with emotional tales of the occupation. Ruth also studied for a semester in France and a summer in Washington, D.C., where she met a few Iranians, Palestinians and other Arabs who were vocally opposed to Israel.

These exposures to other points of view fertilized ongoing questions in her mind, although she was and continues to be strongly connected to the land and people of what she identifies as Israel. Her internal struggle is obvious when she talks about her few visits to Palestine (East Jerusalem and Birzeit University in the West Bank), which she sometimes refers to as Israel, sometimes Palestine, and other times “the Holy Land.”

By the summer of 2014, Ruth was reading the news more critically. That’s when three Jewish settler teenagers were kidnapped and killed, followed by widespread military operations in West Bank towns and arrests of Palestinians. Ruth concluded that although the Israeli government knew the teens already were dead, it used the tragedy as an excuse to punish various Palestinian groups in the West Bank. (These aggressive actions triggered a sequence of events that culminated in the 52-day war on Gaza). The events of that summer, including the burning alive of the Palestinian youth Mohammad Abu Khdair by Israeli settlers in retribution for the three teenagers, were part of the motivation for Ruth to become involved in interfaith activities, both in person and online. About a year later, these contacts led Ruth to get to know one of Abu Khdair’s relatives; perhaps surprisingly, they became close Facebook friends.

The role of We Are Not Numbers

Ruth says discovering We Are Not Numbers, which she found through a friend’s Facebook page*, has played an equally important role in her quest to understand “the other.”

“I started reading the stories, and since the writers’ profiles are linked to their Facebook pages, I sent messages to a few whose essays I especially liked, or that got me to think more deeply, and who I sensed I could talk to,” Ruth recalls.

She describes reading the essays and stories we write as “intense”—inspiring internal emotions that range from guilt to sorrow, defensiveness to a sweet connection. But what she has been most grateful for is that while some of our writings are angry, she has not felt that anger directed at her when she engages with our members.

“What makes We Are Not Numbers such a valuable source is how personal and “up close” the stories are,” Ruth explains. “I’ve never lived through a war, but when I read the essays, I can feel it. The same is true for the chronic electricity shortages and the travel restrictions. And what has been very eye-opening, I have to admit, is the writers’ strong connection with their grandparents' towns (in what is now Israel). I had not really realized that the desire to return is so intense and present, despite the fact that they are young and were born and grew up in Gaza. Although this also is the issue that is the hardest to resolve, I understand now.”

What do the We Are Not Numbers writers think of Ruth’s “advances”? Project Manager Ahmed Al-Naouq says he now counts Ruth as a genuine friend. “Ruth is the first Jewish person I’ve been able to talk with openly about Zionism, Judaism, anti-Semitism, etc. We truly listen to each other. Ruth cares, and is very humble about the limits of what she knows.”

I echo that. While I have many other Jewish friends due to my stay in the United States, I feel most free with her. I can voice any point of view without fear of hurting or angering her and thus losing her friendship. Equally as important, Ruth gives what all writers want: genuine feedback. She reads every one of our writings and comments thoughtfully; we know she has actually read them and isn’t just giving us a pat on the head.

Likewise, Ruth is the first to check on me and the other writers when she hears Israel is attacking Gaza. It’s become personal for her.

But maybe what I love most is how she responds in Arabic when I say something in Hebrew. Somehow, I think there is a lesson in that for us all.

*This is why social media are so important! Without Facebook, etc., projects like We Are Not Numbers would not be known.

Note from WANN’s international director: When Ruth first began messaging our writers and I reached out to her to learn just who this Jewish woman was (smile), I at first was ambivalent. She and I seemed to differ so much in our beliefs and world views when it comes to Palestinians and Israelis. However, I have come to understand that she is doing, with an open heart, what most of us avoid (including myself, too often): exposing ourselves to opposing views and challenging our own beliefs. For more on this topic, read “Moral Tribes: Emotion, Reason, and the Gap Between Us and Them.” If you apply the observations to yourself, it is a humbling experience. I applaud Ruth for so sincerely making the effort.