Home » Believing in hope even when it lies

Believing in hope even when it lies

Believing in hope even when it lies 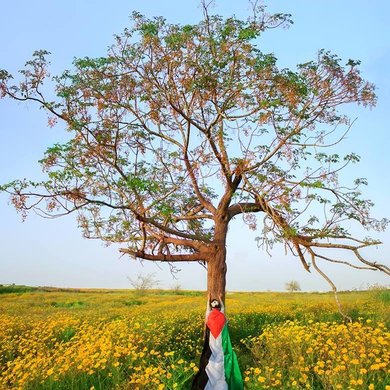 Although many youth in Gaza highly doubt the intentions of both major Palestinian political parties, they still cling to a sliver of hope that the impending reconciliation announced in the last few days will finally occur and lessen the intensity of their daily struggles. Actually, it’s more like we're forced to hope, since we know giving up isn’t a solution either.

Over the last decade, Gaza youth have lived through three wars, each of which had its own “special” impact. The first war, in 2008-9, changed our naive view of the world; by the time the third was done (in 2014), we had come to believe in the apocalypse. I can actually recall waking up in the morning and seriously thinking it was the Judgement Day. We are at the end of our proverbial rope; if we don’t hope, what is left?

On a personal level, sometimes I feel like I want to say something positive when talking to frustrated friends, but I don't have a good answer when they say,  "What have I accomplished in my life, Anas? This is my youth, and it's the time when I'm supposed to be most productive and influential. Yet I'm still nothing."

Yesterday, my aunt had passed away after her struggle with gangrene and my mother was so sad our house felt creepy. Although I understand how hard it was to lose her sister, I find it hard to cope with too much weeping.

“Where to go, Anas, before it gets too heavy?” I asked myself. I went to our local park, walking with sluggish steps. I found one of my friends, Abood, near the gate. Yes! This is the company I need now, I thought. Abood is genuinely funny and is always cracking jokes; he never seems to be beaten by the circumstances most people in Gaza complain about. We shook hands and entered the park and lay down on the grass.

Abood has often advised me to quit smoking, but he took a cigarette out of his pocket and lit it. He didn’t crack jokes this time. “Damn Gaza and  life here,” he snapped.  As we talked further, I learned Abood had lost his job as a photographer and journalist because his employer said he had too many and could hardly pay them. I told him the news that a unity government is coming, thinking it might cheer him. Abood responded, “Fuck them all.” He got up, shook my hand and left the park.

Abood made me see how much the electricity cuts, unemployment, wars and the political division had worn us down. This is when we most need a unity government, so we can have even a sliver of hope the blockade will be lifted and we can live again. Hamas’ announcement that it has decided to dissolve the administrative committee that runs Gaza coincides with the visit of Mahmoud Abbas to New York for the UN meeting. I recalled that Hamas' new charter was announced during Abbas' first visit to the White House after Donald Trump was elected U.S. president. Could this signal a real change in Hamas' policy toward "the West"? Is this a sign of Hamas’ desire to become more open to the international world instead of its long isolation and narrow-minded policy? If so, I wonder to what extent the international community will respond positively?

Although one part of me assumes it is naive, I wish the world would welcome this step, if TRUE. The future and freedom of youth like me and Abood depend on it.