Home » Always on the inside looking out

Always on the inside looking out

Always on the inside looking out 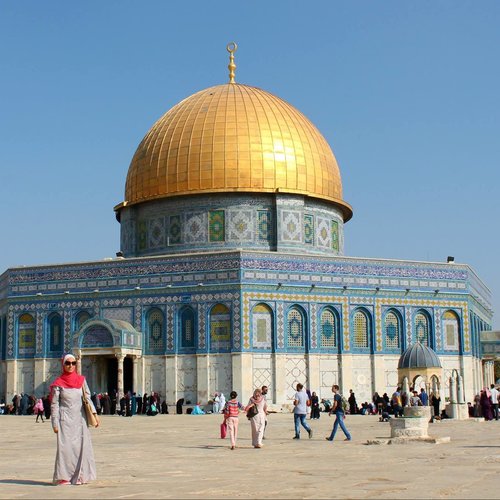 I was surfing on Facebook when I saw a photo album of a friend, who is not Palestinian. The cover picture showed him sitting in a garden with a chair swing, green trees and a round table in the corner, covered by a red cloth and shaded by an umbrella. It seemed like it was overlooking a sea or lake. It looked like such a charming place to be.

I know my friend travels a lot, so I wondered where he was this time. I opened the album and started to look at the pictures, smiling and impressed with the beauty of the scenes. Suddenly, my eyes froze on the words "West Bank." I looked at the comment below: "Having a great time in the West Bank. Behind me is Lake Tiberias." I stopped smiling; instead, I started to look at one photo after another with envy. I read the comments, but no longer was smiling,

"We prayed at Al-Aqsa Mosque," he posted. "The holy feeling when being in a holy land is indescribable."

He and his other friends were smiling and taking photos, with the Dome of the Rock behind them. There also were photos of Jerusalem, Nazareth, Ashkelon, Nablus and Jericho.

Suddenly my heart felt as if it wanted to leap out of my chest—to protest, explode and revolt. Hundreds of questions burst into my mind, but I couldn’t focus on any of them as they were popping and disappearing at the same time. Only one question emerged clearly: "Why can't I go there? What or who gives him that right to go? I'm ok with not being able to visit any other country, but shouldn’t I be able to visit my own at least? What gives them the right to tour the cities of my country when I can't do that?”

I couldn’t help it; I cried.

I was 12 years old, in the year 2000, when my father told us we would go to Jerusalem the next Friday. I felt very happy and excited; that would be my first time to leave Gaza. I told my friends, and they were jealous.

I started to imagine how it would feel to travel, staying in the car for one whole day; I day-dreamed about different scenarios: “Will we eat in the car? Maybe we will stop somewhere. I need to check that the camera is working. What will I ask Allah for when I pray at the Al-Aqsa Mosque? I need to prepare a list of all the things I need Him to do for me. I also need to prepare a list of things to do in Jerusalem. Will we stay there or we will go to other places? We have relatives in Nablus I have never seen before. Will I get to see the mountains of Nablus? I have never seen a real one before. Will it be cold? Oh Allah, please make it snow; I would love to see it snowing. Oh dear Friday, when will you come?"

On Thursday, September 28, 2000, however, former Israeli Prime Miniser Ariel Sharon strode into the  Al-Aqsa Mosque, and the Second Intifada started. I never left Gaza; I have never dared to dream again.

Eman, my closest friend, had never left Gaza either. That somehow made the disappointment easier to handle, since misery likes company.  Then she became sick and needed to go to Jerusalem for treatment. Sfter months of working to get the Ministry of Health to certify that she needed help, and after the papers were delayed by the Israeli government for some time, she finally got permission to go. And she went.

"We are not alive," she told me when she arrived.  She said that the moment you cross through the Erez terminal, you know you are in a totally different, more “luxurious” country, with different people and a different way of life. She prayed in the Al-Aqsa Mosque and toured the malls of Jerusalem.

"It's like a country of different cultures," she said. "You see all kinds of people there, Japanese, Americans, Asian, Europeans and whatever else comes to your mind." She was like my eyes; I listened raptly to her, feeling as if I was there, yet I wasn’t.  She showed me the photos she took in the Church of the Holy Sepulcher.

"Should I become sick so I can go there too?" I thought.

When Eman and I went on a trip inside Gaza a month later, we boarded the bus and she said," ohh that reminds me of the bus station in Israel." When she was there, she had waited on a bench for the bus to come take her. "It doesn't wait for anyone," she explained. "It stops near a bench for three minutes, then it moves; it respects people’s time."

I nodded and said, “aha.” But … I felt betrayed. Before, when it seemed as if everyone else had traveled and seen “not-Gaza” places, she, like me, had not. She had been with me; but now she was with “them.” And now I feel alone. 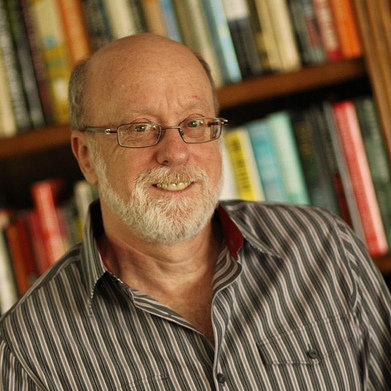