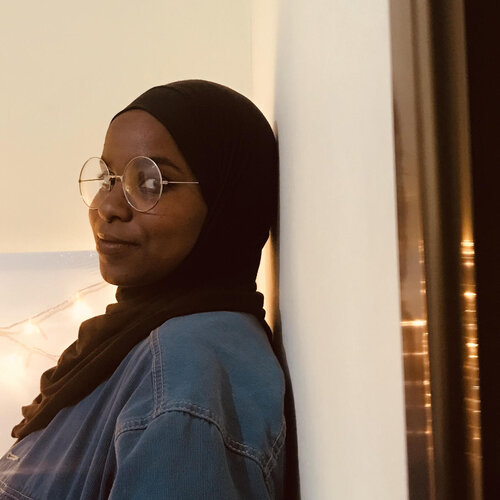 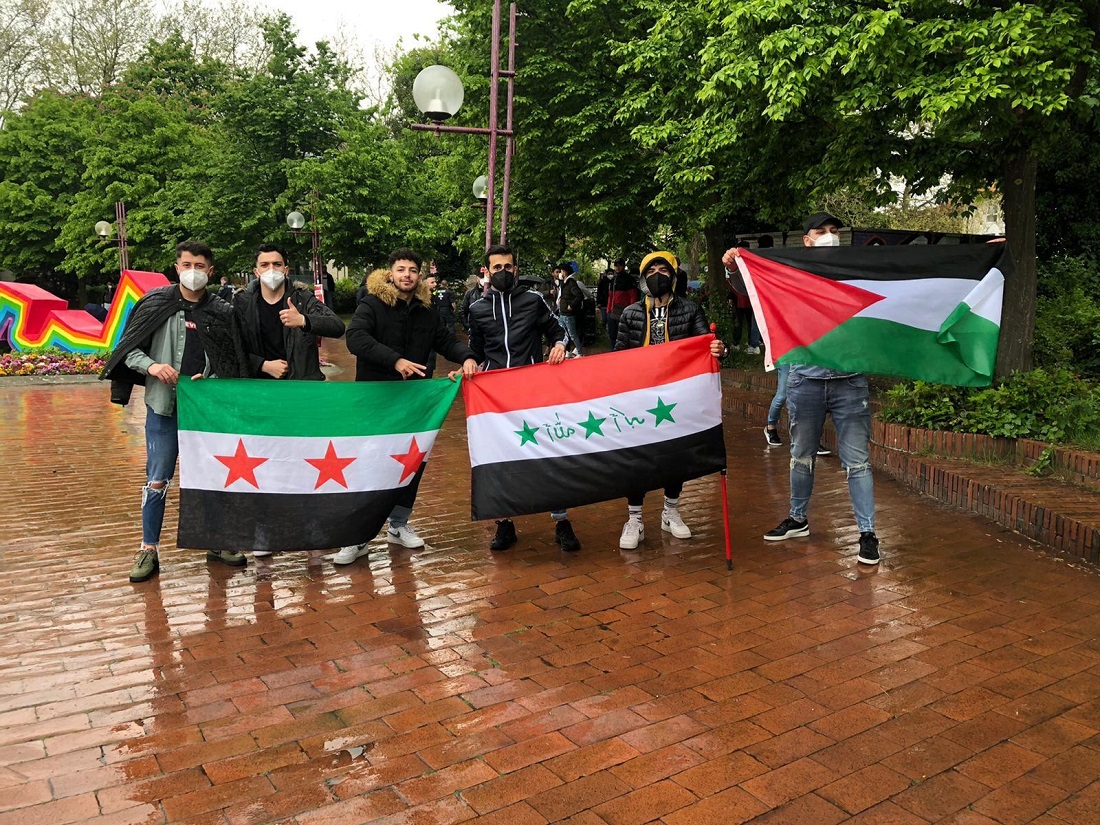 A true friend does not necessarily have to be someone related by blood. Friendship can be a bond that transcends time, space, and distance.—Anonymous

Friendship has always been the rainbow of my rainy days. Whenever I feel down, my friends lift me up. When I feel happy, they share my place on Cloud Nine. When I feel like I don’t know myself anymore, friends remind me of who I am. I am the luckiest person with such friends.

Nowadays, most of us have online friendships of some kind, and increasingly many are exclusively virtual. Do we place too much value and trust in people we’ve never seen in flesh and blood? Is a good online friend as valuable as one in person? Nearly all of my friendships have developed in person. I favor that and even feel skeptical about online friendships.

Nonetheless, I am living now the most extraordinary friendship ever, grounded not on similar interests or like-minded politics or religion, but on my identity as a Palestinian. And I met this friend on Instagram.

I connected with Ali during a very stressful time in my life. The Israeli assault on Gaza, in May 2021, was already underway when my home caught fire. Scenes of destruction and death seemed to define the city of Gaza. Mothers mourned their children. People bid farewell to their loved ones. Houses burned to ashes within seconds after bombs or rockets struck them. We all counted seconds, waiting our turns to become the next Shahid (martyr).

Ironically, my home burned from fireworks during Ramadan, a thing so simple, yet devastating under any circumstances. Losing everything, for any reason, during a military assault was hell. How would I start over? I grew depressed to the point that I wanted nothing more to do with Gaza, with Palestine, with being Palestinian. I felt done with life.

After the assault, I visited my relatives in Egypt where I could breathe a different air and experience something new. I chose Egypt because of my relatives, but also because I am obsessed with Egyptian mythology and the Pharaohs. Friends tell me that I resemble Nefertiti, a queen among the Pharaohs, because of my powerful personality. I wear a necklace shaped like hers, as a reminder to remain strong and resilient.

Despite enjoying time with relatives and loving what I saw in Egypt, I felt like an outsider. I had no freedom to speak my mind and sort out my depression. Then my friend Ali appeared. Ali and I began to bond very quickly. In fact, I thought at first that he was a psychiatrist. Desperate me jumped to conclusions and started telling him all that I felt, expressing my feelings instead of cautiously keeping them to myself. We often talked for hours, and I always felt myself again. I felt surprised, yet pleased, that I could click with someone straightaway, even in an online friendship.

Ali is a Lebanese man living in Germany, but we are both Arabis who share the same language and religion. My connection with him deepened when I learned that he is also a Palestinian, albeit one who has never been to Palestine. I have the privilege of telling someone in the diaspora about his homeland of Palestine.

Ali knows his family history. His family lived in Al-Khalisa, a Palestinian-Arab village of about 1,800 people, situated on a low hill on the northwestern edge of the Hula Valley, 28 kilometers (17 mi) north of Safad. The residents of Al-Khalisa fled in the 1948 Palestinian Nakba. His grandparents were evacuated from their homes to Lebanon, and in 2016, Ali emigrated to Germany. 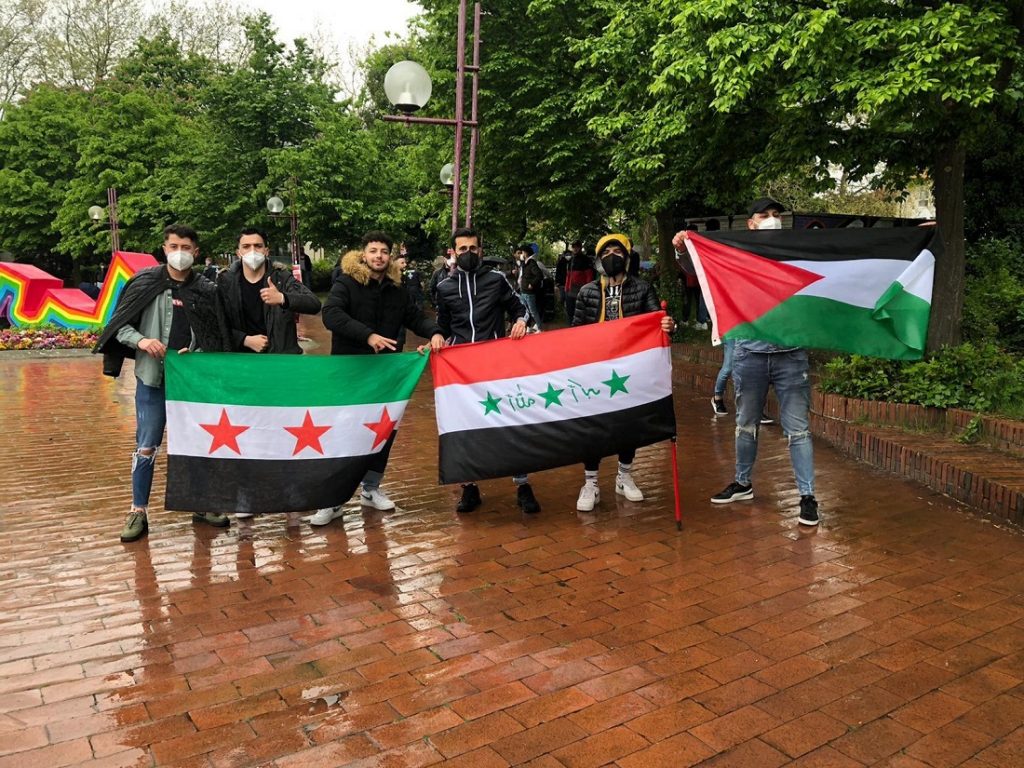 He keeps himself educated about Palestinian history and the breaking news from Palestine. He is educated enough to show the western world what Palestine is. Ali hopes to visit Palestine, of course, and especially Al-Aqsa Masjid (mosque) to pray there, but he sometimes feels he doesn’t belong to Palestine. He feels a bit guilty, almost as if he betrayed his people, by accepting the idea that he can never go home.

Yet Ali is Palestinian, a thing of history and of heart, as well as of land. I can reassure him of that. And he reassures me. I was slowly healing from losing my home and seeing my city bombed again. I was slowly and painfully healing from losing my sense of Palestinian identity, but Ali made that healing easier for me. He told me, and he still tells me, that I am amazing, that our people are amazing. He is busy, often too busy for others, yet almost always free for me — even to comfort me when I break down over something silly, like my broken mascara or misplacing my phone.

He reminds me of how strong a Palestinian woman I am. “You are a hero in my eyes,” he says. I can describe Ali by describing his many talents, but that would be beside the point of our friendship. He is highly intelligent, educated, a passionate fan of football, and a fine football player. Ali is a musician too, and can speak, compose, and sing in Arabic, English, and German, producing high-quality soundtracks that surely will make him famous some day.

But even if none of that were true, Ali would still be a deep and invaluable friend. He is devout in his faith, as a Palestinian and Muslim. He encourages me to be strong in my own faith and thus to believe that Allah can do great things through me. He helps me believe in myself and in my people. Thank you so much, Ali, for believing in me, for being my backbone, and for helping me to write my own story. And thank you for being you.

At the end of the day, Palestinians are the cure for each other. We heal together. We fight the occupation together. We thrive together. Palestine is a moral, social, legal, and political cause, but it is more than that. It is a love that our hearts beat for, the blood we shed, and the hope of reunion for families and lifetime friendships. Our Palestinianism united Ali and me to write a new story in human history together. Our Palestinianism gives us the chance to teach life, to each other and to the world. 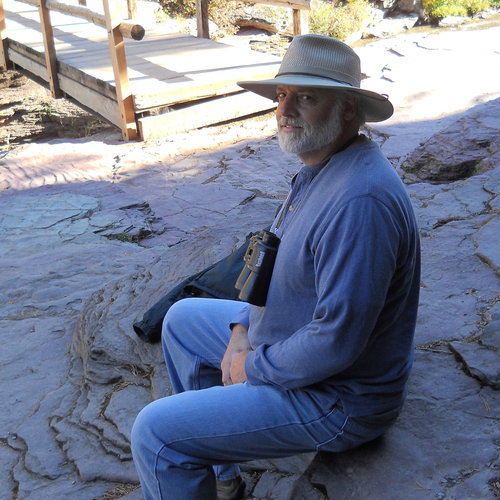