Home » A bachelor’s degree in war 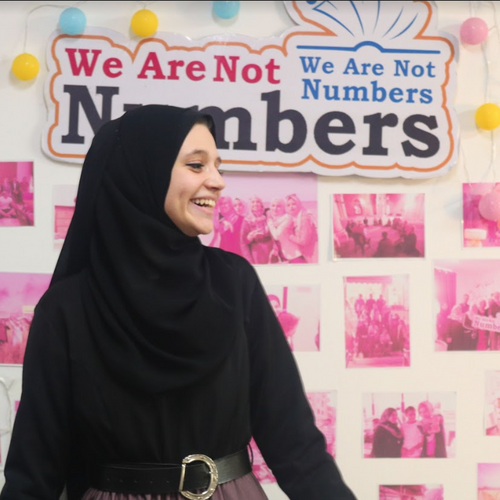 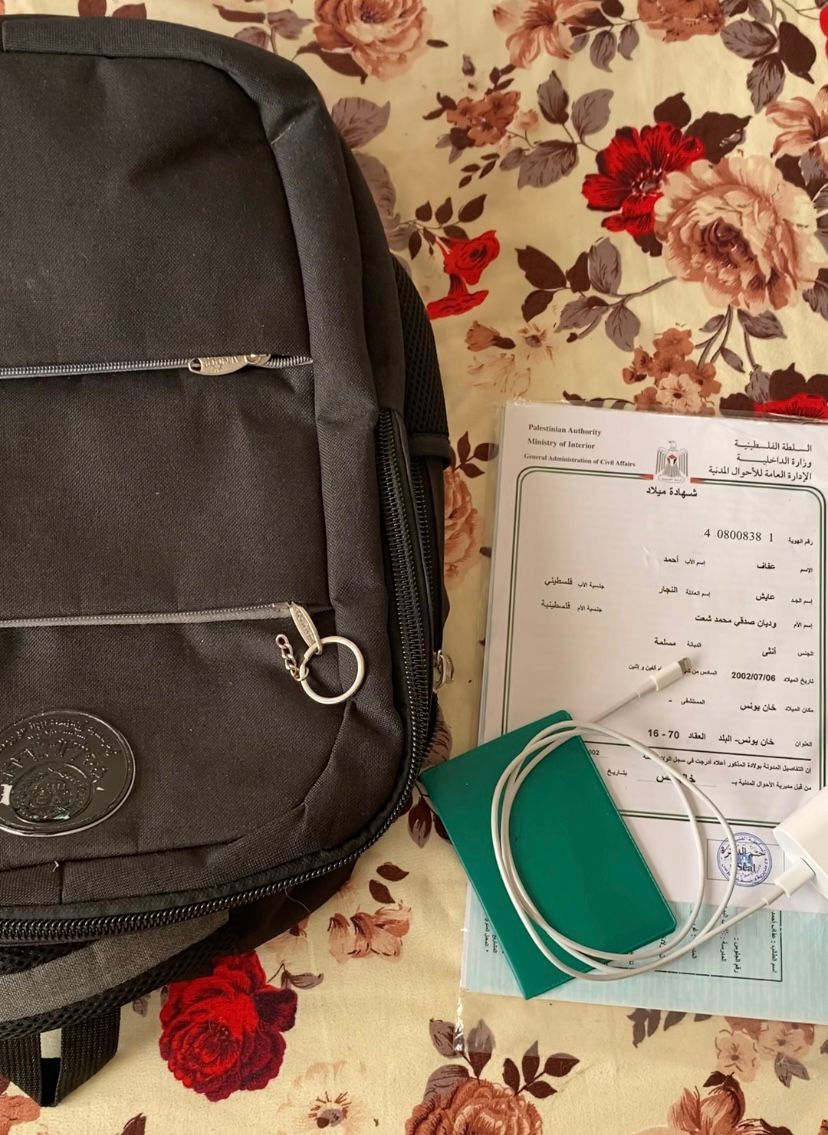 Four years of intermittent war, from 2008 to 2021, is equivalent to four years of college education in most areas of study. For four years, I studied war. From Evacuation 101: where to go when under attack, to Survival Tactics: how to stay alive in war, I learned it all, or more specifically, I had to learn it all. And now, with the 2022 aggression, I’m earning my master’s degree.

The uncertainty of life for Gazans meant that this essay was started and stopped three times. I began my first draft during the aggression of May 2021, but I stopped because I had to leave my home when the Israeli forces called our neighbors telling them to evacuate along with their nearly residents, because the whole area was going to be bombed. I went back to drafting it again during a brief period of bombing (what we call an escalation) occurred in April 2022, and finally I completed it during the most recent aggression in August. In each of these separate experiences, I was taught that war brings not just loss itself, but also a preoccupation with losses that could occur.

I was seven for my first war in 2008 (and when I say war, it doesn’t mean I didn’t witness bombing or killing even before then). Yet I can still remember everything: the sounds, the shadows, the explosions, the sky lighting up with bombs, the house shaking, and my mother’s voice quietly praying for our safety.

Here is the thing about war back in the time of arrows and swords. You went out of your house, bade farewell to your loved ones, and reached the battleground. With your sword in hand and your enemy before you, you saw the stabs as they tore your flesh and fractured your bones. In the end, you either went home to your loved ones, victorious, or you never returned.

Today, however, everyone’s death is continuously in the balance. We live each moment as if it’s the last. This could be one last kiss, one last hug, one last good morning, one final good night. Give me one last look, one last text, one last “I love you.” Everywhere I look, every family event, is an occasion for me to say to myself, “I know I will miss all this when it’s gone.” In our new reality, you never know when a rocket is going to hit your house and bring it down. You never know when you’ll get a call saying you have lost one of your family members or friends. Destruction and death are paused, but they could come any second.

My mother’s family home, where I lived through several escalations and wars, has a beautiful garden with all kinds of trees, some that bear fruits and some just a sight for sore eyes. The moment you walk in the door, you see the long corridor with white mosaic tiles, with the garden all the way on your right guiding you to the big halls and many rooms in the house. You see the dazzling hall which leads you to the large living room with fairy-tale-like chandeliers. (I thank my grandfather for having built a house that is generously proportioned and welcoming.) As you walk into the house, you are instantly filled with the addictive scent of jasmine. You wake up to the sound of pigeons humming in the fresh air on the roof above the third floor. I love it so much, and I am so anxious with the fear that it might be destroyed.

I remember when the aggression on the Gaza Strip happened May 2021, I was in an interview on my phone with a journalist named Harry Fear when my mother stormed into my room and told me to get my bag and run. It took me a second to realize that she wasn’t in my room shouting because I hadn’t done the dishes or I had failed to help prepare iftar (the meal we eat to break our fast during Ramadan). My mom was in my room shouting, telling me in so many words that this might be the last time I see my room, ever.

I grabbed my bag, which was already packed with my passport, school certificates, a towel to use in case tear gas bombs are thrown near us, and my electronics that I could use to keep posting throughout the night. Standing in front of the door with a lump in my throat, I wanted to hug the walls. I wanted to have the time to feel sorry for myself, to cry over my impending loss, but that was an unavailable luxury.

My family and I rushed out of the house, and we went running in the streets not knowing where to go. We were in shock and we hadn’t thought ahead of what to do if we had to evacuate. I looked back at the big brown gate that I would stand in front of waiting for my school bus, the one where I played with my cousins, a gate that I stood by to welcome my friends to the house. Oh my God, this door might not be here in a few hours, I thought; the only place I have ever called home might not be here within seconds.

In the first two days of that 2021 war, I was constantly awake. I couldn’t sleep at all because I didn’t want to be resting while my country was going through this amount of pain and destruction. I didn’t want to sleep only to wake up to the news of more human lives lost, more terrible attacks. Yet my body kept demanding rest to keep functioning, with my eyes shutting on their own, my hands trembling, and my legs barely holding my still; my body failed me as I failed it.

I fell asleep only to wake up to my whole house shaking and to the sound of an explosion so loud you could barely hear anything for minutes after. I ran to the window and saw a cloud of gray smoke, a cloud that was coming to swallow me and my house. In a split second, I was downstairs checking on the rest of the family. I still live that moment every day.

I picked up writing this story again when my family and I heard bombing in the area in April 2022, and we were expecting another aggression. That aggression quickly ended and was called an escalation instead, yet, it was just as terrifying. I stopped working on my draft when it ended, as I was trying to recover and forget about it.

Now we are in the midst of the attack that started August 5, 2022. I woke up the morning of the first day and opened the windows in my house, as a way of preparing in case of bombing. That way, if rockets explode nearby, our windows won’t shatter on our heads because of the air pressure. I proceeded to get all the passports and important documents in hand so that I would save myself time if we had to leave again. I took a shower because I know if another aggression started, I might not get an opportunity to bathe anytime soon. And I wouldn’t eat or sleep properly for days.

I finished all of my survival tasks with my heart breaking, then started working as if nothing happened, as if I didn’t just prepare all those things with the idea of death creeping into the back of my mind. I started working and posting about the assaults in Jerusalem, knowing Gaza’s turn would be coming very soon. Wondering if the dilemma of being a Palestinian first and a human second would ever end. Wondering if my fear is okay, if I’m not betraying my country for being afraid of death and of losing my loved ones and beloved items.

My hands trembling, I wrote to my friend that I’m still not over the last aggression. That I have been avoiding the news for so long, that I’m afraid and in pain. That Gaza itself didn’t recover, let alone us.

But if loss is what it takes to free my land and stand for my rights and my cause, I would gladly give my blood, sweat, and tears. 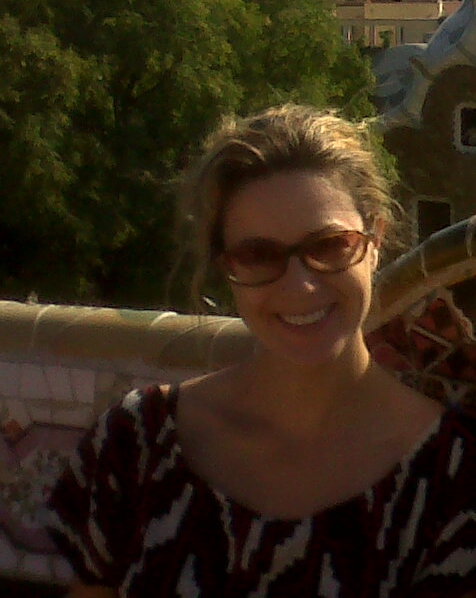