Home » Three men in white: a parable about today’s view of Islam

Three men in white: a parable about today’s view of Islam

Three men in white: a parable about today’s view of Islam 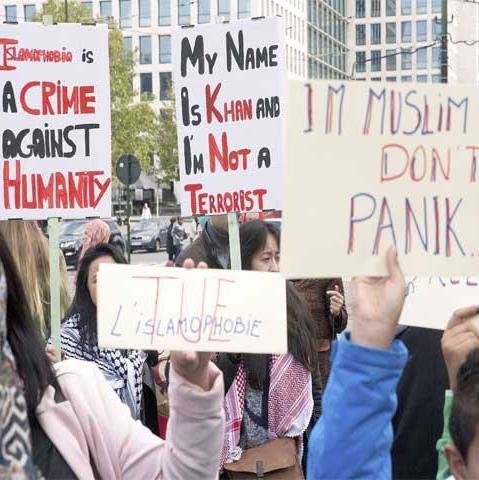 Three men in white were walking. The first was tall, the second was medium-sized and the third was short but wearing high heels. They entered a city whose people wore colored clothes. The three men agreed to live in different places of the city.

The tall man found a plot of land that needed to be farmed, so he bought it and planted crops and sold the food to the people of the city at affordable prices. With the money, he bought another lot and still another until he he was able to employ lots of people.

The medium-height man married a woman from the city, and together they built a new house. They had children who went to school, and he had friends whom he invited to his house.

The short man with high heels met some people who wore white and high heels like him. Together they formed a gang.

One day, the three men met. They decided to spend the day together. Some of the people dressed in colors mocked them when they saw their white clothes.

The tall man just smiled. The medium-height man felt nervous but didn’t respond. The short man with high heels called for his group to join him and attacked the people who had offended them, along with other people who had been watching.

A crowd formed around the three men. The onlookers accused them of attacking the people of the city. The employees of the tall man said, “We suspected him from the beginning; he always talked differently than us.”

The neighbors of the medium-height man and his family said, “He always seemed a little strange; he didn’t dress like us.”

The short man with high heels and his gang faced the people of the city and said, “You all deserve to be punished for treating us badly, and the tall and medium-sized man feel the same; they are just too timid to say so.”

Islamophobia: prejudice against, hatred toward, or fear of the religion of Islam or Muslims.

Nearly 130 innocent people were killed in Paris. ISIS claimed responsibility. Not surprisingly, all Muslims now are the subject of suspicion and fear.

The equation of ISIS = Islam is taken for granted by the world. But you know what? It is not. Islam is not a path to terrorism. The actions of ISIS are not supported by Islam's principles and teachings.

Does Islam call for the use of violence to spread its religion? This is from our Quran:

"Invite (all) to the Way of thy Lord with wisdom and beautiful preaching; and argue with them in ways that are best and most gracious: for thy Lord knoweth best, who have strayed from His Path, and who receive guidance." Quran An-Nahl (16:125)

Does it order its followers to kill people? Again from Quran

"On that account: We ordained for the Children of Israel that if any one slew a person – unless it be for murder or for spreading mischief in the land – it would be as if he slew the whole people: and if any one saved a life, it would be as if he saved the life of the whole people. Then although there came to them Our messengers with clear signs, yet, even after that, many of them continued to commit excesses in the land." Quran, Al-Ma'ida (5:32)

The Messenger of Allah, Muhammad (peace and blessings be upon him), said, “The Muslim is the one from whose tongue and hand the people are safe, and the believer is the one people trust with their lives and wealth.”

How can a religion that teaches its followers to save the lives of others and treat them well also order killing? There is only one conclusion: Those people who commit these crimes do not represent Islam in any way. The so-called ISIS may speak our language and wear our clothes, or even pray the same way we do, but this doesn’t make them part or representatives of the rest of us (Muslims).

Everyone I know is deeply sorry for what happened in Paris. Lebanese, Yemenis and Syrians also are Muslims, yet look at what ISIS is doing to them. If ISIS in fact is spreading Islam, then why is it killing fellow Muslims? The answer is simple: Adherents to this movement do not truly care about Islam or any other religion. This is a group of people who simply want to shed blood and rule the world.

In my story, "Men in White," I describe three types of Muslims. The first type, "the tall man," is wise; he knows about his religion enough to be humble and happy by helping others.

The second type, "the medium-height man" is not a wise man, per se, but he is good as he can be.

The third is the short man with heels (ISIS); he knows very little about the real meaning of religion and takes words out of the context to twist them into the meanings he desires. Yet, he pretends he knows a lot (by wearing heels he looks tall). He also wants to be revered.

In the story, when the people accuse all three of the men of attacking the people, suddenly their closest friends, even people who have worked side-by-side with them for years, turn against them, even though only one of them is guilty. That is the environment today, and has been for years—particularly since 9/11. No matter what good things you have done in this life, or how much you suffer, when someone points at you saying you are criminal, everyone starts to say the same.