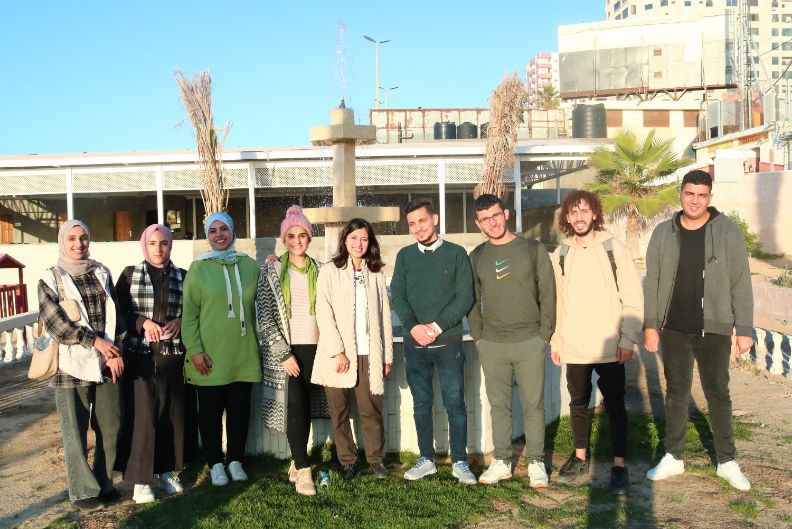 How Palestinian prisoners become victims of negligence in Israeli prisons | November 1, 2022 | Lubna Abdelwahab Abuhashem | “I wait for his body. I want to see him. I cry my eyes out every day,” his mother bemoaned.

Bombs falling on Gaza did not stop me | November 6, 2022 | Nada Hazem Al Kahlout | I completed memorization of the Qur’an in the midst of the latest Israeli assault on Gaza.

From Gaza to Jerusalem: A tourist in my own Palestine  | November 11, 2022 | Haneen Abed Elnaby | I once could experience Ramallah only vicariously, yet now, I was actually walking its streets.

Sharing our stories to preserve our heritage | November 13, 2022| Raneem Abdu | We protect our Palestinian heritage by passing on the stories told to us by our elders.

Fridays under the grapevines   | November 13, 2022 | Rania Tawfiq Abu Taima | On Fridays in Gaza, the lovely sounds of family mealtime compete with the buzzing of Israeli drones.

Gaza artist: When I paint, I feel pleasure and relief | November 15, 2022 | Shahd Safi | Few Gazan artists are able to make a living from their talent.

A big move and a big test | November 20, 2022 | Rahaf Abuzarifa | When we moved from Saudi Arabia to Gaza, people here doubted we had the academic preparation to pass the Tawjihi.

Aftershocks of Gaza November 24, 2022 |Tala Shurrab | Surviving siege and wars is a blessing. Leaving both behind is a luxury.

Empty places at the dining table | November 24, 2022 | Raghad Abu Shammalah | It is the sad fate of many Palestinians to be separated from their loved ones.

War education | November 28, 2022 | Alia Khalid Madi | In Gaza, children learn early that the bright lights are rocket attacks, not stars, and that humans can be cruel to each other.

When war ends, the struggle begins ِ | November 29, 2022 | Ahmed Dremly | After the bombs stop falling, people must deal with wounds that cannot be seen and that no amount of talking can heal.

Not all scars are visible | November 29, 2022 | Habiba Masoud | In Gaza, the difference between life and death can be a matter of inches, a matter of seconds.

We Are Not Numbers Christmas Tour 2022

In partnership with our British partner, Amos Trust Organization, WANN representatives Issam Adwan and Ahmed Alnaouq embarked on a speaking tour in the United Kingdom. Their presentations covered the effects of 16 years of Israel’s blockade of the Gaza Strip and the stories behind the numbers of victims in the news. They also described the genesis and impact of WANN.

Graduation of the first cohort of the new WANN Reports project

In September WANN launched a new project, WANN Reports, that aims to empower WANNers in journalistic writing. Participants are taught how to conduct interviews and gather information from sources to write a journalistic story documenting the experiences of Palestinians.

Through this training, WANNers produce feature articles that are published on the websites of our partners, which include Palestine Chronicle and Mondoweiss. An objective of the training is to be able to give a voice to the marginalized groups that suffer under Israeli occupation. A second objective is to help participants gain financial independence by developing as writers and becoming paid journalists and freelancers.

To help better understand their own community, our writers visited and interacted with a cultural exhibit, Women in Folk Tales, on display at the Islamic University of Gaza. The exhibition encompassed issues affecting women, as conveyed via passed-down stories, from multiple cultures including those of Palestine, Scotland, Ireland, Brazil, Nigeria, Malaysia, Native Americans, Cuba, and the Berbers.

Our writers of cohort 2022 have done an excellent job over the past six months, committing to attending the sessions and activities and writing stories. We are so proud of them! So they deserved a day out together as an appreciation for their efforts. They went to the beach, and did some activities, including contests and guessing games. Writers enjoyed communicating and meeting each other, and the day ended with a luncheon.

This activities report was prepared by Ahmed Hosni Dremly, a WANN writer. He is a Gaza-based journalist and translator. His articles have appeared in the Palestine Chronicle, Mondoweiss, and We Are Not Numbers and they have been translated and published by French and Italian websites and newspapers. One of his essays, about the 2021 aggression on Gaza, was selected as one of 20 Cinta Gaza Malaysia Prize winners and is being published in a book. 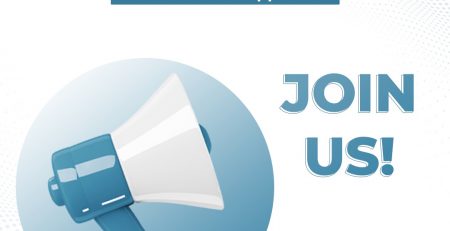 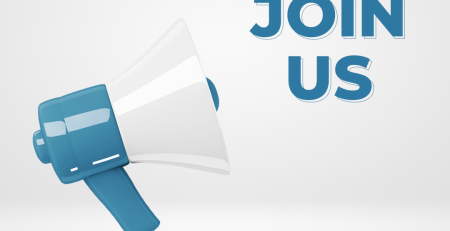 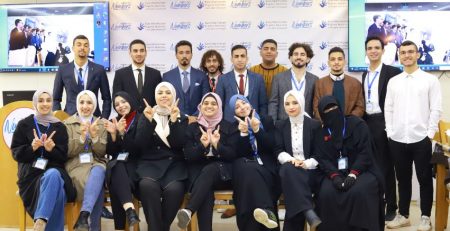 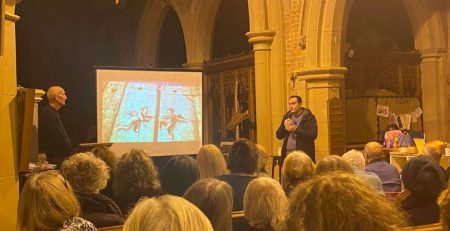 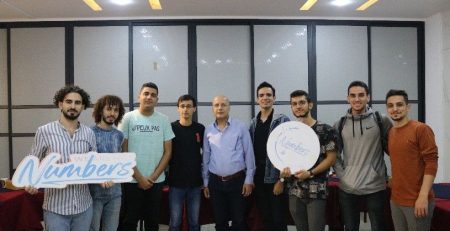 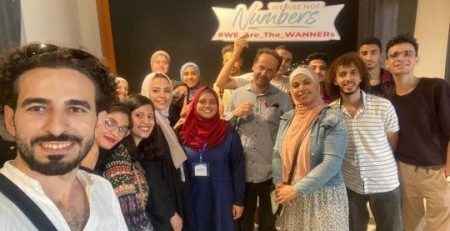