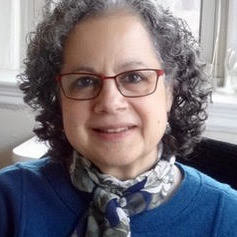 Mona is an Arab American whose parents immigrated to the United States from Syria in the 1960s. She has traveled extensively throughout the Middle East, including Gaza, and lived in Lebanon and Jordan in the 1980s. Mona’s doctoral thesis was a comparison of the Palestinian and South African national liberation movements. Her published writing has been largely in the form of reports and articles on social movements and human rights, but she also writes poems and stories, many of which have been on the three years she spent working in the refugees camps in Lebanon during the civil war and the Israeli invasion of 1982.  As for hobbies, Mona has a whole bunch of them! These include playing piano, art, Tai Chi, poetry, gardening and hiking. Mona is a vegetarian who believes all life must be valued and protected. You can learn more about her work from her website: www.monayounis.com .