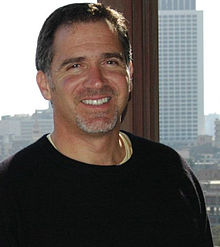 Miko is a San Franciso, USA-based peace activist who dares to say in public what others still choose to deny. Miko was born in Jerusalem in 1961 into a well known Zionist family. His grandfather, Dr. Avraham Katsnelson, was a Zionist leader and signer of the Israeli Declaration of Independence.  His father, Matti Peled, was a young officer in the war of 1948 and a general in the war of 1967 when Israel conquered the West Bank, Gaza, Golan Heights and the Sinai. Miko’s unlikely opinions reflect his father’s legacy. General Peled was a war hero turned peacemaker. He learned compassion from his mother who, in 1948, refused the offer of an Arab home in West Jerusalem with the understanding that the family who lived there were now forced to live in a refugee camp. Miko is the author of “The General’s Son” and can be followed on his website.