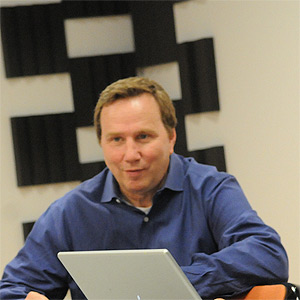 HD is an associate professor at Southern Illinois University-Carbondale, where he teaches media production and writing for TV.  He also is a media maker and his feature-length documentary about professional rodeo, "Cowboy Christmas," won Best Feature Documentary at the 2013 Madrid International Film Festival and Best of the Festival at 2014 BEA Festival of Media Arts in Las Vegas. His experimental video "Nudes Descending a Staircase #2" recently screened at MADATAC04 in Madrid and at the 8th Directors Lounge Festival in Berlin.

HD also has produced, directed and written episodes for nonfiction series on The History Channel, National Geographic Channel and A&E.