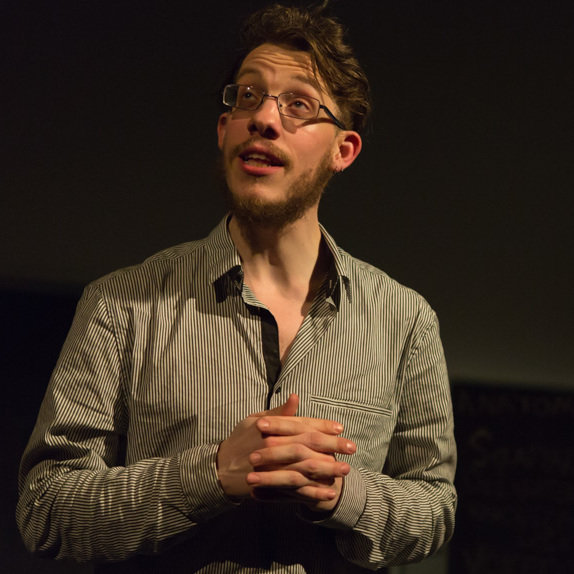 Harry is from Orkney, Scotland, and is a poet, performer and general "doer of things." He has lived on four islands, each larger than the last. He trained in theatre directing and sustainable development and his work generally happens in the "crunchy places" where performance and politics get muddled up.

As a performer, Harry has been featured at a number of festivals and venues. His performance lecture, "This is Not a Riot," toured in Italy in 2012, and his one-to-one show "What We Owe" toured the European Imagine 2020 venues in 2013. "What We Owe" was listed in the Guardian newspaper's Best of the Edinburgh Fringe round-up.

As a poet, Harry has toured North America; has given feature performances at venues from the Bowery Poetry Club to the Soho Theatre; won multiple slams, including the UK Student Slam (2008), the BBC Scotland Slam (2009) and the Glasgow Slam (2010); and has been published in several journals. He won the IdeasTap National Poetry Competition in 2012, and in 2014 was on the shortlist of six for the UK's biggest poetry prize, the Edwin Morgan Poetry Award.

In Edinburgh, Harry founded Inky Fingers, a nationally funded spoken-word events organization, co-directs the quarterly performance art platform ANATOMY at Summerhall, and is part of the collective behind the Forest Cafe, Edinburgh's open-access arts space. Read more on his website.