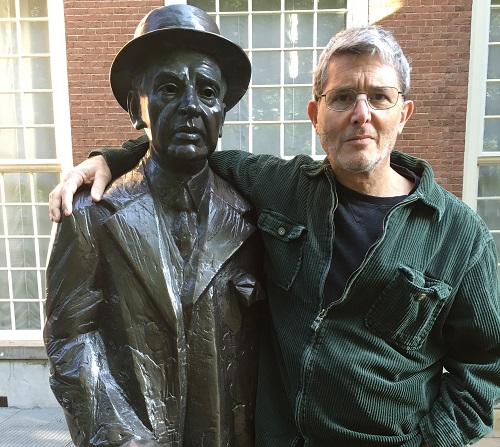 Evan Dunsky was born in Chicago, Illinois in 1957. He has thirty years of experience in motion picture and television production, primarily as a screenwriter and producer. Evan is the co-creator of Showtime’s “Nurse Jackie,” for which he won the Humanitas prize in 2011. Evan works primarily in scripted cable and streaming new media and has written for Dreamworks, Amblin’, Universal, Paramount, Netflix, Amazon and HBO, amongst numerous other studios. Evan is currently partnered with the writer George Saunders on several projects. He lives with his wife Lisa in Venice, CA.