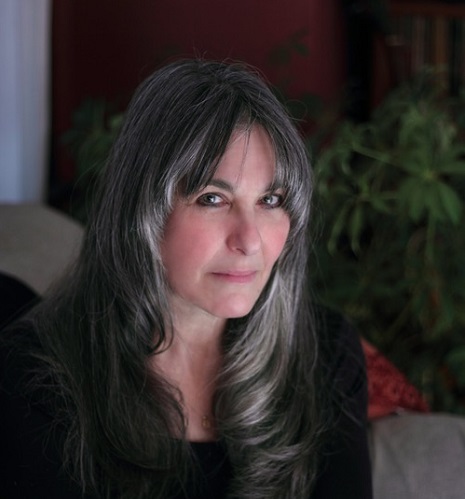 Charlene Fix is the author of three volumes of poetry, Taking a Walk in My Animal Hat (Bottom Dog Press 2018), Frankenstein’s Flowers (CW Books 2014, and Flowering Bruno: a Dography (XOXOX Press 2006), as well as two poetry chapbooks, Mischief (Pudding House 2002) and Charlene Fix: Greatest Hits (Kattywompus 2012). She also published a book of homage/criticism, Harpo Marx as Trickster (McFarland 2013). Her poems have appeared in literary magazines like Poetry, Literary Imagination, The Manhattan Review, Cincinnati Review, Hotel America and Rattle. She received poetry fellowships from the Ohio and the Greater Columbus Arts Councils, and a few awards from The Poetry Society of America: the Robert H. Winner Memorial Award and The Louis Hammer Memorial Award. She is an Emeritus Professor of English at Columbus College of Art and Design, co-coordinates Hospital Poets, a reading series at the Ohio State University Hospitals and Nationwide Children’s Hospital, is the mother of three and grandmother of one and is an activist for peace and justice. Her latest collection, Jewgirl, a finalist for the Sexton Prize, is forthcoming from Eyewear Publishing in the U.K. in fall 2021. She is a member of Jewish Voice for Peace, If Not Now and The Center for Jewish Nonviolence. She also donates regularly to HIAS and UNICEF. She just made a website! Charlenefix.com