Home » The power of street art

The power of street art

The power of street art 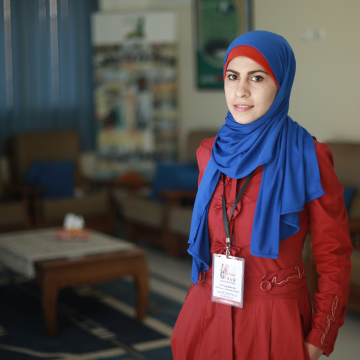 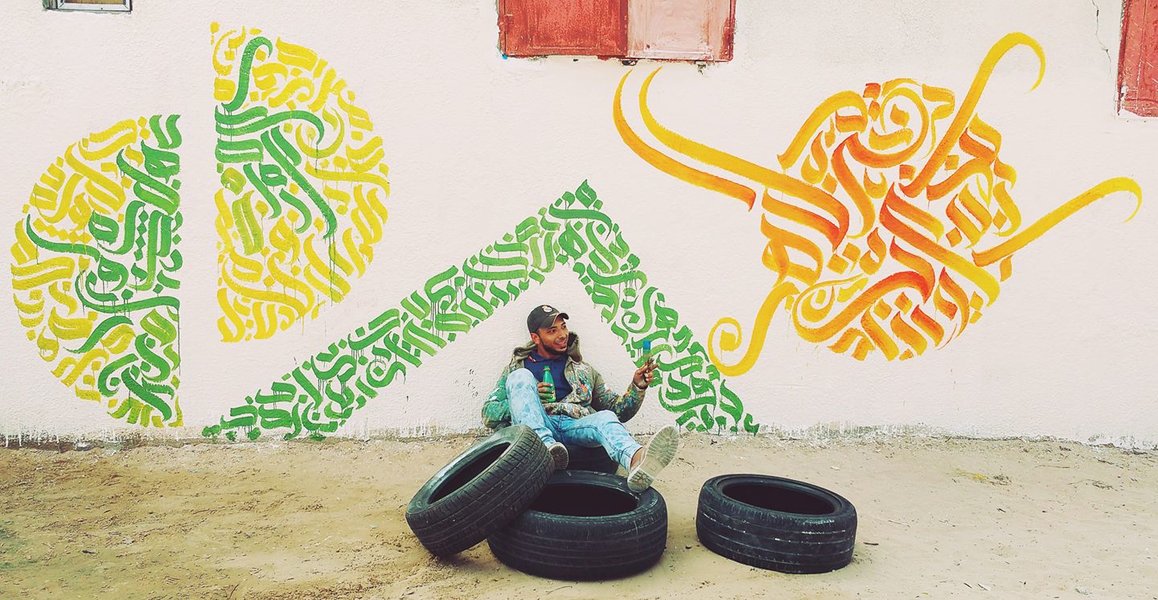 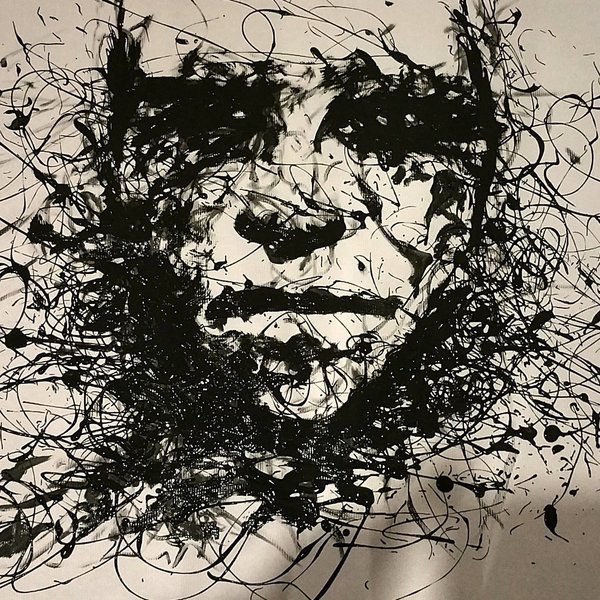 Ambiguity is our life. 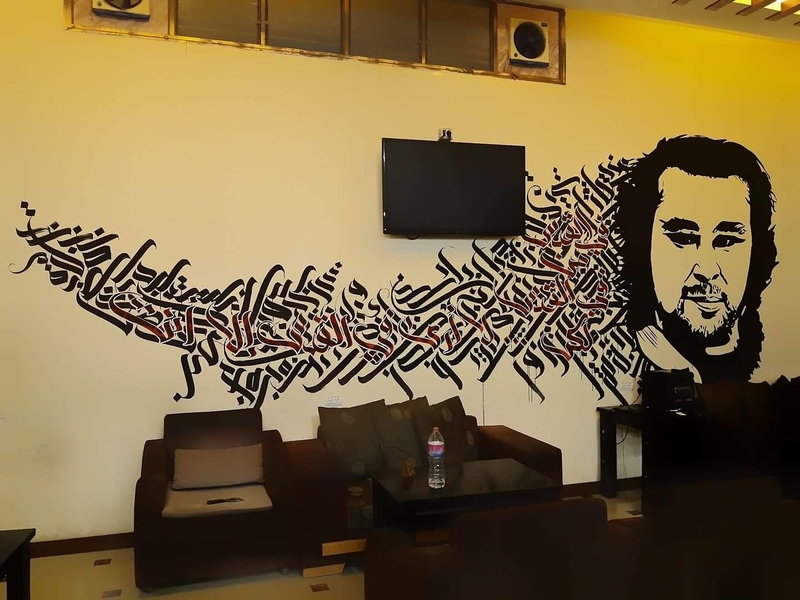 A mural in honor of Palestinian poet Tamim Albargouti 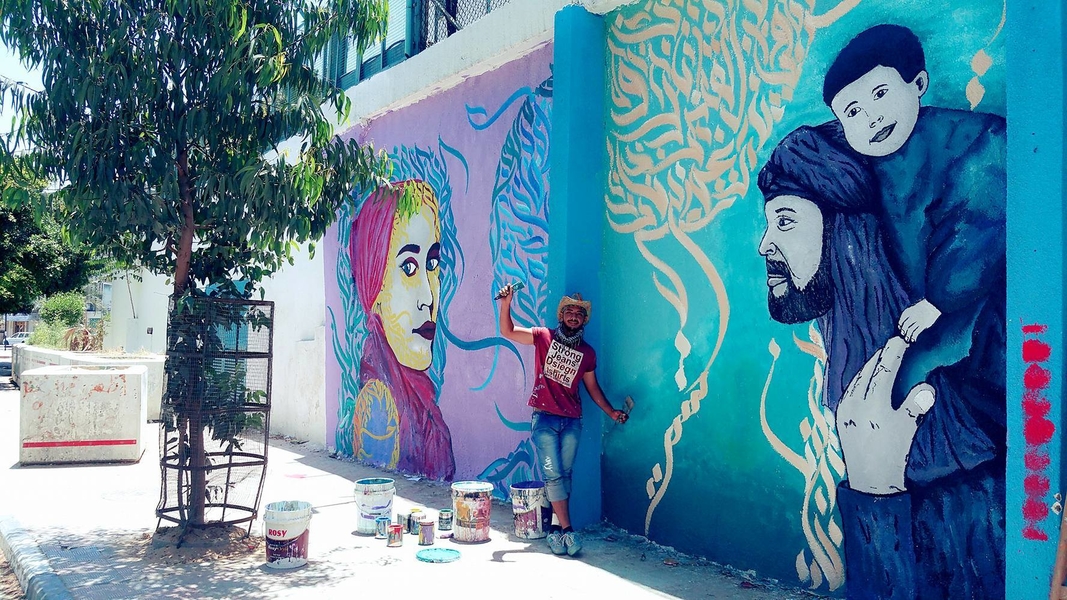 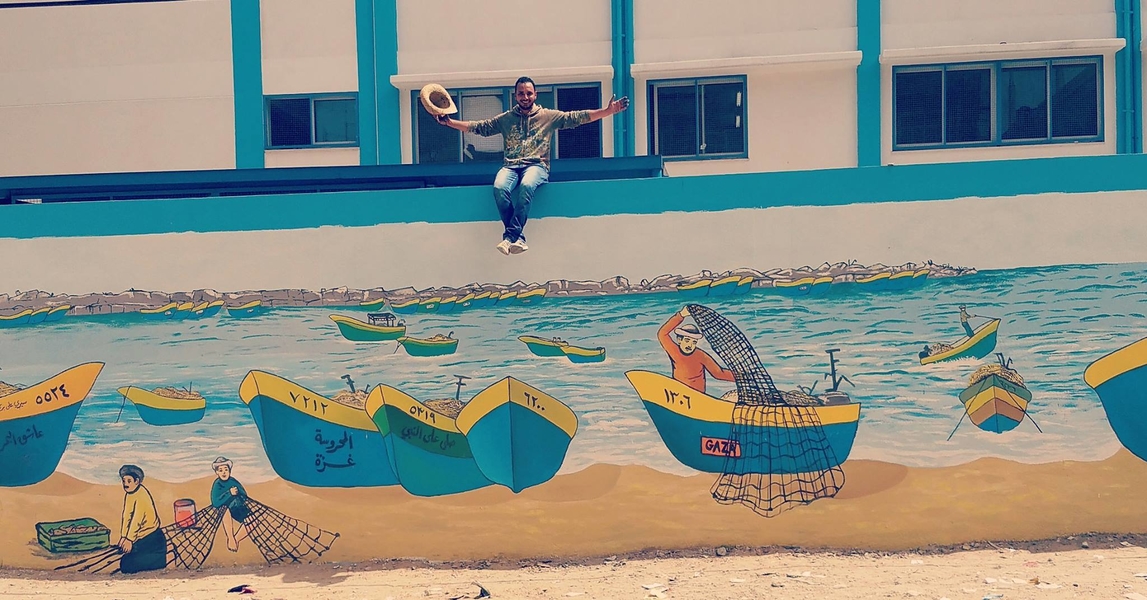 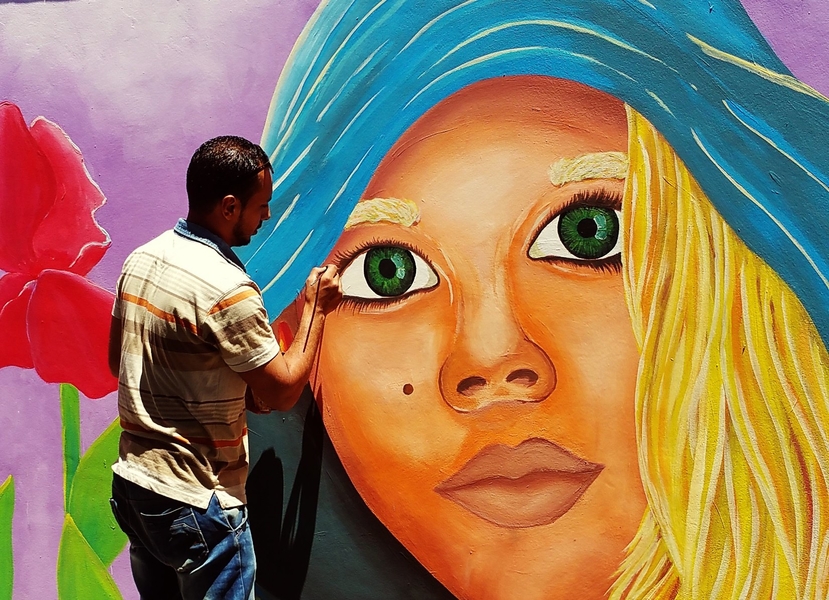 Ayman painted a girl who symbolizes his ideal beauty, but her eyes speak of pain and uncertainty.

One of Ayman’s favorite murals, in which he drew Gandhi and his famous quote, "It is beautiful to walk among people.” 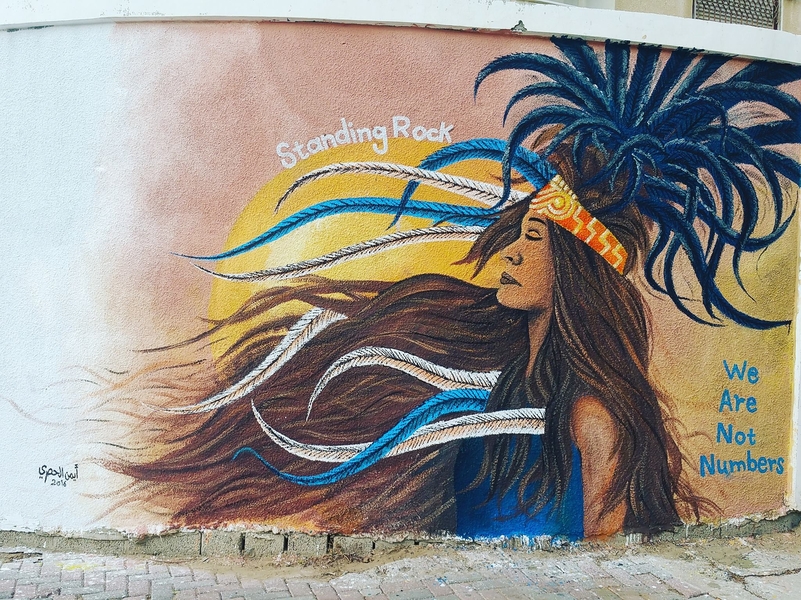 Ayman painted this mural as part of the We Are Not Numbers tribute to the Standing Rock protesters. 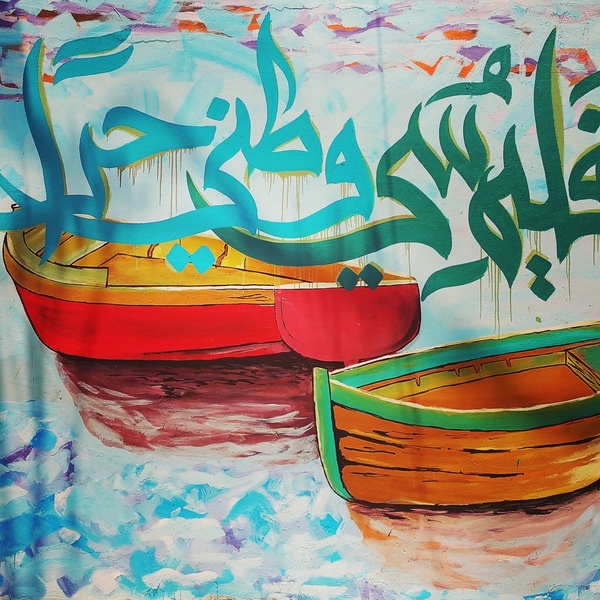 A mural titled, “Our eyes travel to you every day” (meaning, “we miss you very much”). This is a sentence in a very popular song in Gaza. The two hazel eyes arewatching over Jerusalem every day, every hour and every minute. 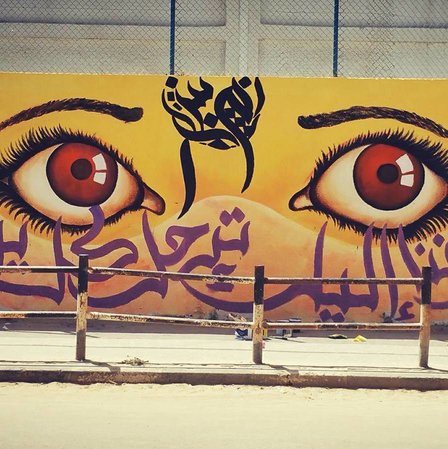 Besieged and war-torn Gaza continues to amaze the outside world with how it can “make do” with so little in such appalling conditions. The wealth of artistic talent in Gaza is one example, with many artists sharing their works on the cratered walls along the battered streets of Strip. Is this merely “graffiti,” or street art? In Gaza, most believe it is both.

Gazans are continuously subjected to severe living conditions that others would consider unlivable. And we express our determination to resist Israel’s brutal, racist, ethnic cleansing and military occupation through art that often uses the rubble of Israel’s onslaughts as a canvas.

Armed with charcoal, chalk or spray cans of paint, street artists use walls, sidewalks, sides of buildings and the rubble left by war as their canvas. Their purpose is to show the world that Gaza lives on.

My dad and uncles used to tell us stories about the first and second intifadas, the Palestinian uprisings in December 1987 and again in September 2000. One of their stories was about a friend who was arrested by Israeli forces for painting graffiti on their camp’s walls, calling for resistance and the right of return for refugees.

I was amazed that graffiti had been adopted by Palestinians so long ago as a form of protest and resistance to Israel’s occupation, that street art painted on the war rubble from Israel’s 2014 assault on Gaza was not a new phenomenon.

I remember one of my uncles telling me, “No, dear niece, this street art is nothing new in Palestine. After the 1948 Nakba (when Palestinians were pushed off their land to make room for Israel), the people used all means to express their anger and grief over the loss of their homes and their farms to the invading Zionists. We used every means of resisting—throwing stones, waving the Palestinian flag and, yes, even painting graffiti on walls and buildings! Palestinians were arrested and jailed for years because they had drawn or painted street art condemning Israel for its theft and killings in Palestine.”

Another uncle told me how Israeli soldiers had “caught one street artist painting anti-occupation slogans on a wall, took the paint he was using and threw it all over the street artist and in his eyes, causing him to scream with pain.”

It is known that hope rises from hopeless places just as refugee camps do in Gaza. Many talented Gazan youths find drawing to be a way to articulate their feelings about life under occupation. One is Ayman Elhosary, 27, a Gazan who studied art education at Al-Aqsa University. In 2003, he won a competition organized by the Ministry of Youth and Sports. He also was chosen to participate in an art festival sponsored by the Arab League in Egypt.

“I have liked drawing since I was 10,” he says. “My talent began with carving small things. Mum was my first supporter, since she was the one who noticed my talent.”

The internet became his teacher.

"Googling famous artists and their works helped me develop,” he recalls. “This is how my journey in drawing started. Indeed, the internet helped me keep pace with the world's developments in the field of graffiti, since the Israeli blockade prevents me from traveling to participate in workshops outside of Palestine, or even inside in places such as Jerusalem, Ramallah and the land now called Israel."

The walls of Gaza have become spaces to express artists’ feelings, both anger and pride.

"People here use graffiti to express their feelings. The walls of Gaza are being used as a media platform by people who lack representation in other mainstream media outlets. They seek to express their thoughts and to tell everyone we are here and we have things to share,” Elhosary explains. “Painting and sculpture are appealing to me because art is my only way to express my mind."

His dream is to learn more about graffiti as an art form and improve his drawing talent, as well as for his people to achieve the things he draws about, such as freedom and justice.

“I long to see my works go global one day and to have my own exhibition. I want to send messages of hope, freedom and justice, because our people have suffered a lot and it's time for this injustice to end. I seek to show the world how life looks like under occupation. It is time to speak out through the art of resistance."