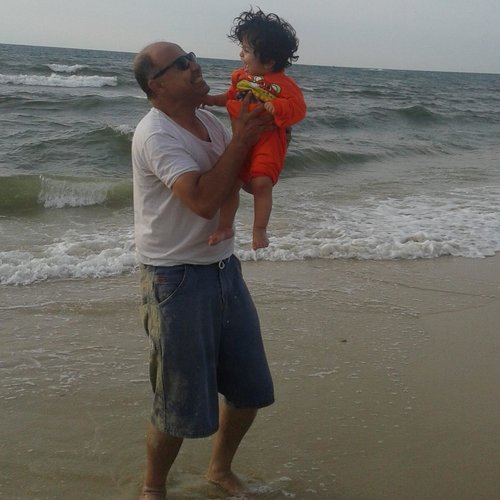 
“I have liked drawing ever since childhood,” Basel says. “I was very good at it during my school years, but I was not able to pursue any higher education because of the lack of art colleges and universities in Gaza.”

In 1995, however, Maqosui participated in an arts training session offered by the YMCA in Gaza. That experience was the beginning of his “love affair” with modern art.

That passion was further developed during the summers of 2000-2004, when he traveled to Jordan to train with a German professor originally from Syria, Marwan Qassab Bashi. Five years later, Maqosui partnered with two colleagues to establish Shababek, an arts studio and gallery in Gaza.

Nonetheless, earning money from art is next-to-impossible in Gaza, where poverty is high and disposable income is so tight for almost everyone. Thus, to support his family of five, Basel teaches art to deaf children at the Jabalia Qualifying Association.