Your quarantine is not a jail

Home » Your quarantine is not a jail 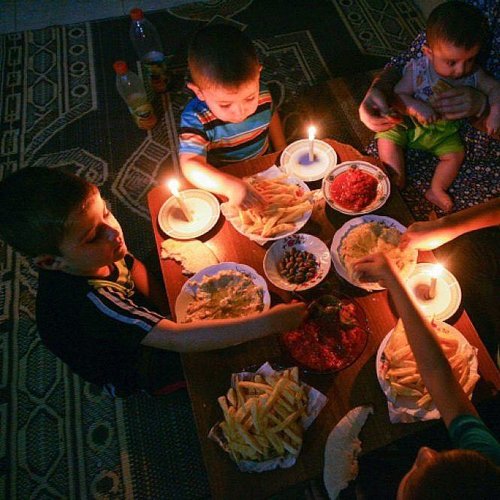 There is no doubt the novel coronavirus is the most dangerous crisis the globe has witnessed in the current generations’ lifetime. There is no doubt that it is social distancing and strict hygiene that are slowly bringing the number of infected and dying people down. There is no doubt we have to continue to follow these practices until we are told we can safely ease up if we want to stay safe as a society. Yet, a large number of people are complaining about staying home most of the time—not travelling or hanging out with friends.

I became used to staying by myself in 2014, when Israel launched its most brutal a war against Gaza. Until then, I lived the life of an extrovert—not necessarily because I chose to be, but because I was forced to be. I lived in a crowded house, with inconsistent electricity. There were no local parks. As a result, the Gaza beach, my university and my part-time job at a media company became my refuges.

We always lived in expectation of another war, but when it came the timing was very bad. It was Ramadan, the holy month when Muslims fast from dawn to sunset as a symbolic way to live in solidarity with poor people around the world. In addition to honoring our religion, Ramadan teaches us to be patient.

When the war started, we were sentenced to stay home for weeks. A curfew was imposed, and we were allowed to go out only a couple of hours a day to buy any food we could find in the markets. Imagine you’d feel if you were fasting in July, the hottest month of summer, while hearing explosions and breaking news of loved ones lost on the radio.

After my family (four sisters, three brothers, my grandmother and my parents) began our Gaza version of quarantine at home, I got to know my family more and better! For the first time, I realized how enjoyable it is to help my mother cook different types of Palestinian dishes—a skill that has helped me in my travels; I don’t have to spend money at restaurants every day and can instead buy and cook the food I love. I also I learned then how to wash my own clothes, wash dishes and organize my room. Thank you, Mom. I remember you every single day.

I don’t exaggerate when I say that quarantining with my brothers and sisters during the attacks was a surprise benefit. Discovered that one of my sisters, Sahar, is an artist, and one of my brothers has a talent for reciting the holy Quran. I became my youngest brother Fares’ best friend.

My father was a construction contractor in Jerusalem for more than 30 years and, like many others, he was forced to find an alternative when Israel stopped allowing workers from Gaza to cross the border. My father became a barber instead. He never made good money, but at least he could support our big family. He was forced to close his barbershop during the war, though, and his only customers were his children and uncles. That was my gain: My dad taught me how to cut my own and my brothers’ hair during the curfew! If I hadn’t learned that, I would have to pay the much higher prices for a cut in the U.S. Instead, I cut and style my own hair whenever needed.

On July 20, 2014, Israelis forced battled the Palestinian resistance movement in our neighborhood and many were killed. We were forced to leave our house and move into my uncle’s home, which we thought would be safer.

My uncle hosted more than five families—totaling more than 45 people, including us. He did not have enough food, and we could not leave the house to buy any since it was really dangerous outside. Two houses were bombed and a couple of neighbors were killed in the area. I lost about 13 kilograms—but I think it was more from stress than lack of food.

Staying at my uncle’s house among crying kids, screaming women and angry men and not enough food or water for bathing drove me nearly insane. So, instead, I busied myself in writing. My “scribbles’ turned into a novel that I published a month after the end of the war! My sister, the artist, helped by drawing graphics for the book. I joined We Are Not Numbers and went on to write poetry and articles.

When the war was over, I realized I had changed—for the better. I became closer to my family, including my uncle and cousins. I appreciated the importance of connection with those who care about you. No matter how busy you are in life, make time for those who love you.

I also learned to be patient. Later, when I tried to leave the Gaza Strip, I was denied visas and lost scholarships, but I tried again and again until I got what I wanted. I now am patient when making friends. I am patient when applying for jobs. I am even patient when depressed and choosing someone to love.

The patience the Gaza quarantine taught me has helped me while quarantined at home in the U.S. I cook my special meals, clean, wash clothes and dishes, write poetry, and watch the shows I could not watch in Gaza due to the lack of electricity and the expense of Netflix. People see me positive and smiling all the time. It doesn’t mean I’m not worried; it means I believe we will persevere through this time just as Gaza people have done over and over again.

True, the attacker is a virus, not a bomb. But believe me, it’s the pain is similar. We can overcome this pain if we use this time to learn. It might not help us right now, but it will in the future. I’m a living example.