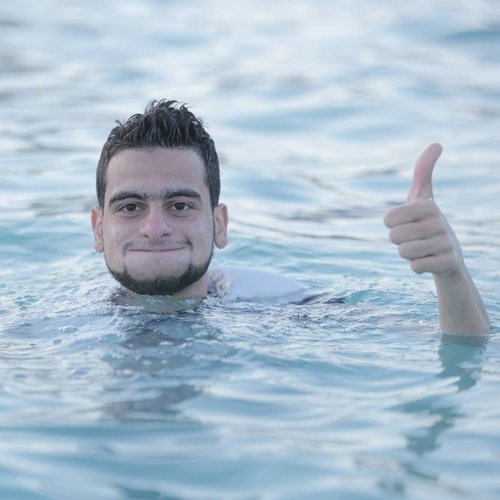 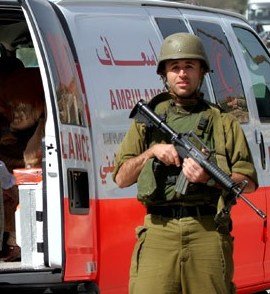 Gaza’s health care system has been severely restricted since Israel and Egypt closed Gaza’s crossings after Hamas was elected to power in 2006 and took control of the Strip’s internal affairs in 2007. Even before the blockade, Palestinians in Gaza relied on traveling abroad to receive specialized treatment. However, for the last eight years, patients in Gaza have found it increasingly difficult, if not impossible, to receive a medical permit to exit. Between 2008 and 2011, the Al-Mezan Center for Human Rights documented more than 560 cases of Palestinian patients who were interrogated by the Israelis while attempting to leave Gaza for medical treatment, some of whom were arrested. This short story is dedicated to my cousin, who died while waiting for permission to leave Gaza for medical care.

“Sorry, madam,” said the doctor, explaining that he couldn’t remove the shrapnel from her husband’s chest. “Your husband needs to be transferred to a better-equipped hospital immediately.”

Shocked by the doctor’s dripping sweat and tired eyes, the wife demanded to know if he would be all right. “He is still alive,” the doctor said cautiously. “But he needs to get out of Gaza for treatment. We can’t help him.”

The wife took the initiative to finish the complex, required procedures and booked a ticket to go through Rafah Crossing to an Egyptian hospital. The husband was transported in an ambulance, with his wife sitting next to his head, praying. Upon their arrival at the crossing, they were informed it was closed for “security measures.” She attempted to get out of the ambulance to talk to the officers at the border, but the paramedic stopped her saying, “No way. You may be shot.”

The ambulance had to turn around and the wife started the lengthy procedures required to get permission to enter Israel through Erez Crossing. As her husband’s condition worsened, he finally received permission to go to an Israeli hospital the next week.

When the departure day finally arrived, the ambulance waited at the border for two hours, fueled with the wife’s prayers. “It’s your turn,” said the soldier at last. The ambulance driver slowly moved the vehicle forward. “Wait,” demanded the soldier. “Bring the patient out for investigation.”

Snapping, the wife shouted, “What investigation?” The nonchalant soldiers pulled the stretcher out of the ambulance and pushed a gun butt into the man's wound. “Where are the terrorists’ rockets fired from?” one of the soldiers demanded. The husband replied, faintly and painfully, “I know nothing. I swear. I was asleep. You attacked my house…” With absolute disregard for his words, the soldier shoved the gun in more deeply, more brutally.

The husband screamed, echoing in a world that, for him, had gone silent.