November: the month of untold stories 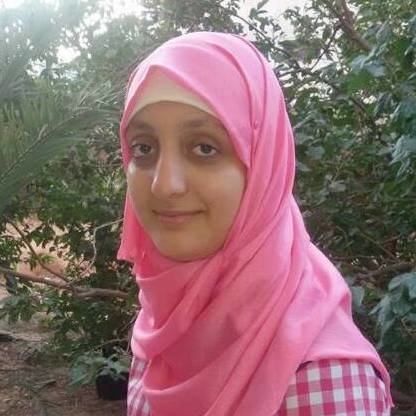 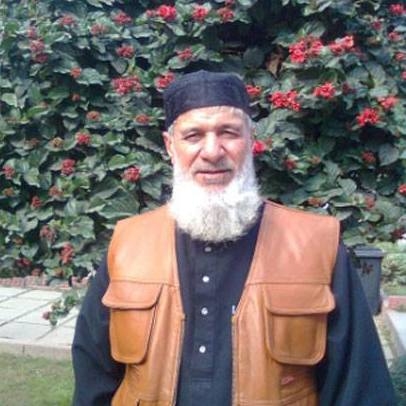 The month of November reminds many people of the harvest—the gathering of ripe crops and families giving thanks. But this time of year, especially today, the 18th of November, is inextricably linked to the loss of a man I knew as Abu Diyaa.

Four years ago, in 2012, I was in the 11th grade. I was fortunate enough to be a student at the Al-Zahraa school, known for its high-quality education. And it was there that I got to know Abu Diyaa. He was 55 years old and worked as an administrative assistant at my school, although he had earned a distinguished bachelor's degree in Arabic literature.

But I didn’t know any of this at the time. I didn’t even know his first name. I just knew him as the old man who came to our classroom at the beginning of each day to check who was absent. He always looked peaceful, with his long, white beard and short, white hair that was usually covered with a skull cap called a “taqiyah.” He was one of those people you feel safe around—always smiling whenever I passed him, giving me hope that life was not so bad after all.

Was he a hero or just a passerby?

Then came what we call the “eight-day war” on Gaza. (We tend to describe Israel’s assaults on Gaza by their duration; this one was shorter than usual.) It began on November 14, 2012, heralded by Israel’s targeted assassination of Ahmed Jabari, chief of our government’s military forces. During the course of that week, 174 Gazans were killed and hundreds more were injured and made homeless. Fortunately, my family was spared.

When I returned to school, all of my friends were talking about a man who had been murdered by an Israeli missile on his way to the local mosque. He had worked at our school, they said, and his name was Atyah Mubarak. My silly mind could not connect the man they were discussing and the one I knew. But then, how could I? He was always just Abu [“father of”] Diyaa to me. But when I looked for Abu Diyaa, he wasn’t there. That’s when I realized: My Abu Diyaa was the target everyone was talking about.

Abu Diyaa was a muezzin, a person appointed by a mosque to lead and recite the call to prayer. On that fateful day, he had summoned the faithful to the Al-Maghrib Salat (the fourth of the five daily prayers in Islam, right before sunset), then walked home to his family—his wife, a son and three daughters. He was just a couple of blocks from his house, on his way back to the mosque to call for the final Al-Isha prayer, when he was killed. It was the fifth day of the war.

A few days later, one of his friends came to talk to my class about how great Abu Diyaa had been. He distributed a number of Qurans and asked us to pray for Abu Diyaa to find peace and to remember him whenever we read from the books. I cannot describe how devastated I felt. Now it was real; he was gone. He had always been there before, but then, as with a snap of the fingers, “GONE.” I would never again see him, sitting on his chair in his usual spot reciting Quran verses or talking to some teachers.

It was after that day that I started writing stories, as if compelled to capture them so they would never be forgotten. Abu Diyaa's story is just one of many carved in the minds of people here in Gaza. All we have are memories when the people we love are taken from us.

Why I want to be a writer

Since that devastating day, I have wanted to tell the people who didn’t know Abu Diyaa about him. But I never shared what I wrote because I could not find the right place to publish it, and, to be honest, I wasn’t brave enough. Deep down, I thought I was not the most qualified person to talk about these matters of death and life, war and peace.

Now, however, I know you don’t need to have superior skills or knowledge to share a story; what is most important to bring untold stories to life is a connection—and in this case, a love—for your subjects.

I have always wanted to be a writer. I remember saying that I chose my major in university (English literature) because it is the best one offered that can improve me as a writer. (Writing itself is not considered a “real” profession—one that can earn an income—in Gaza and thus there are no such specific majors.) But it took Abu Diyaa’s death to get me to actually write.

As Palestinians, we sort of feel as if we don’t have a choice of what to write about. We have a responsibility to our homeland and most of all to our martyrs—our fellow citizens who died during the repeated wars on Gaza. It’s one of our few ways to try to get the world’s attention. For me, it became my way to make sure Abu Diyaa is not forgotten.

And now, writing has become so much more to me. Every time I write, I discover new things—whether about a new subject, or even about myself.