Home » The trauma of being Palestinian 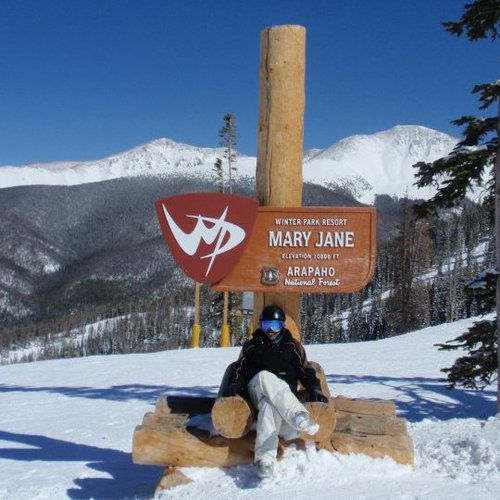 A chain of mountains covered in pure white, trees extending beyond the reach of the eye, blue bodies of water mixed in with the white, brown and green. This was the scene I drank in as I stood atop “Mary Jane” Peak in the U.S. state of Colorado, 10,000 feet above sea level. I was speechless and exhilarated, since my eyes had never seen such beauty. After all, for 16 years I’s seen nothing but the concrete jungle of the Gaza Strip. Still, my reverie was interrupted with an intrusive question: How could I enjoy such beauty when my family and friends back home can’t?

Guilt is what I felt for being happy and amazed.

Guilt is what started to seep from the depth of my unconsciousness.

And guilt is what I still feel, eight years later, as I write these words in the comfort of my student apartment in the United States.

In 2015, I finished my undergraduate education at a liberal arts college in the United States. Unlike most of my Palestinian peers, I decided to return home to Gaza after graduation. For two years, I saw my former high school classmates, now college graduates, working as street vendors, taxi drivers, fishermen or shop keepers. All were trying to scrape together what they could to cover their daily expenses, to stop being a burden on their parents. They worked these odd jobs, despite having a bachelor’s degree, because they simply couldn’t find anything else; youth unemployment in the Gaza Strip is as high as 60 percent thanks to the cruel, crippling Israeli siege. Many of my friends didn’t have a hope of saving up enough money to get married, acquire their own apartment and form a family.

Even when working as an English teacher for a private institution and being relatively well off compared to my friends, I could not be content. Depression contaminated the very air. In every corner, I saw deteriorating infrastructure and fractured souls. Everybody was anxious about the future. Everyone questioned whether it was even worth it to be alive to see another day.

Palestinians know there must be more to life than overcrowded refugee camps with their narrow alleys; the smelly Gaza sea polluted with sewage; the constant buzzing of Israeli military drones; the cracked voices of reporters updating us on Israel’s kill list, bombings, shootings and land confiscations. They know there must be more than scraping together a living, forming economically dysfunctional families, fighting a ruthless occupier for survival, and learning to live with shortages of electricity and medicine. And there must be more to life than corrupt, dictatorial politics; closed borders; and crushed dreams. But most Palestinians will never even know it, because it’s impossible to breathe when we are drowning in despair, deprived of hope.

I left Palestine once again in August to attend graduate school in the United States, but Palestine never leaves me. As always, Palestinians carry their nation on their shoulders, painfully but dutifully, and I am no exception. In turn, we stamp it on everything we see, hear and feel.

When I read or see news about the struggle of black and native Americans, I clutch my fists in agitation, since these struggles feel so much like what I felt at home. When I watch movies about conflict between two unequal forces, about an oppressed group defying the odds to seek justice, such as “Hunger Games,” or movies that portray our sinful human history, like “the Pianist” and “Grave of the Fireflies,” my identity stretches beyond my nationhood and time; it compels me to feel the suffering of the characters, of those who lived before me, and to remember my own.

The same is true for music. As a teenager, the first time I heard “Prayer of the Refugee” by the American rock band Rise Against, I absolutely believed the group was singing about my people, recognizing our struggle for a home. Today, whenever I hear Paolo Nutini’s “Iron Sky,” especially when he weaves excerpts from Charlie Chaplin’s speech from “The Great Dictator” into his beautifully crafted lyrics, I cannot help but reminisce about my homeland and, in a hopeful impulse, envision a free Palestine.

I see Palestine everywhere, and having escaped the physical captivity of the Israeli occupation, I feel guilty for experiencing new things, for being amazed by the wonders of the world, because I know for a fact that my Palestinian brothers and sisters back home will live and die trapped within the decaying walls of our refugee camps, without laying an eye on the chain of mountains covered in snow, or on the trees extending beyond the reach of the eye.

This is our trauma, the trauma of being a Palestinian.

We carried our bloodied wound,
To a horizon beyond the unseen which had invited us.
We departed
As a fragmented group of orphans,
And we journeyed in a sorrowful wander, year after year.
We stayed strangers,
And we wept the day the “others” sang,