Thank you, Natalie: a love letter from Gaza

Home » Thank you, Natalie: a love letter from Gaza 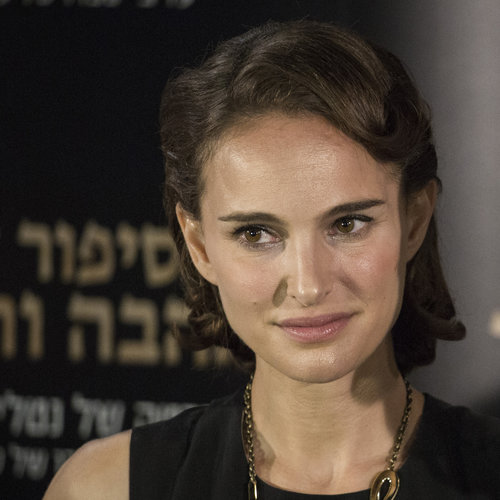 Gazan Palestinians live in an open-air prison, so we feel isolated and neglected by the world. We have lived behind these prison bars for 11 years now, ever since the Israeli government imposed its sea, air and land blockade. And it seems like the world is doing nothing in response.

We have electricity for no more than four hours a day. Most of us can’t leave Gaza because exit through the only “doors” we’re allowed (land passages controlled by Israel and Egypt) requires a permit that is rarely given. We aren’t allowed to export most goods we make or grow, and vital supplies like medicine are rationed. Simply put, life is miserable here. We aren’t even allowed to peacefully protest. Since Land Day March 30, 40 Gaza residents including four kids and two journalists have been fatally shot by Israeli snipers, and another 5,000 or so injured, just because they were protesting by the border. These days, we are continuously in mourning.

Last Friday, I tried to ignore all the sorrow. I wanted to forget where I live for at least a few hours. So, I called a friend and set out for a café where we could hang out. Just after arriving, an American friend sent me a screenshot of an Instagram post by actress Natalie Portman. She had just refused to attend the ceremony at which she was to be given the Genesis Prize, Israel’s $2 million equivalent of the Nobel Prize. She wrote on Instagram that she loves Israel but had chosen not to attend the event so she would not be seen as endorsing Prime Minister Benjamin Netanyahu, who was slated to speak there.

“The mistreatment of those suffering from today’s atrocities is simply not in line with my Jewish values,” she wrote. “Because I care about Israel, I must stand up against violence, corruption, inequality and abuse of power.”

I love Portman’s movies. The first of her films I ever saw was “The Other Woman” and I was instantly hooked. She’s beautiful, talented and stars in action-packed dramas. What’s not for a young guy to like? I have a habit of researching the celebrities I like so I followed her interviews and was very moved by her speech at the Oscars when she received the award for Best Actress for her performance in "Black Swan" at the 83rd Academy Awards in 2011. She took care to thank everyone who supported her, even down to her hairdresser. She had tears in her eyes and I literally felt tears gather in my eyes in response.

I learned through my research, after seeing her first movie, that she has dual Israeli and American citizenship. It was clear from what I read she is loyal to her country. That gave me pause; the country she loves is the reason why Gaza is an open-air prison. However, knowing that fact didn’t stop me from admiring her. My religion and family have taught me to be able to appreciate all people regardless of their nationality, religion or beliefs.

That’s why the news about her decision to stay away from Israel at this time because of “today’s atrocities” filled me with happiness and relief. We have not been forgotten. Even some patriotic Israelis—a prominent actress no less—recognize the crimes being committed in the name of Zionism.

It is true that, as many others on social media have said, she didn’t name Palestinians in her public explanation for her absence. (However, Israeli media report that when her representative first informed the Genesis Prize Foundation of her decision, the actions against Gaza were specifically called out in the email.) It’s also true that following the backlash of criticism she received, Portman responded that she opposes the use of BDS (boycotts, divestments and sanctions) against her country. To be clear: BDS is our supporters’ only effective way of holding Israel to account for its human rights violations, since other governments will not. Do I wish she had named Gaza and the Palestinians publicly? Yes. Do I wish she had stayed silent about BDS rather than specifically opposing it? Of course.

But I wholeheartedly agree with one social media poster when she said: “Everyone is complaining about the fact that she doesn’t endorse the BDS movement. Well, that’s true, but she technically is boycotting Israel by not attending the ceremony. That is a boycott. I feel like people forget that (Portman) was born in Israel and raised in an Israeli Jewish family with Zionist ideologies, yet she spoke up and did something. Learning about and confronting one’s history take time! Meanwhile, consider all the Arab societies who are doing NOTHING to boycott [Israel's actions] or support the Palestinians.”

Thank you, Natalie! (Toda raba in Hebrew.) To me, you are a hero. You said what you said even though I am sure you knew you’d lose many of your Israeli fans. If more Israelis—not to mention prominent figures—were willing to look critically at their leaders and their country’s policies, then stand for their ideals and speak out, we might actually be able to find a just solution come to the Israeli-Palestinian conflict. You give me hope. I can’t wait to watch your latest movie “Annihilation.” I have seen the trailer on YouTube and it seems thrilling!

And Natalie, I bet the new Palestinian fans you’ll attract will outnumber the Zionist ones you lose. We love you. Hugs and love from Gaza.