Suddenly there was light!

Home » Suddenly there was light! 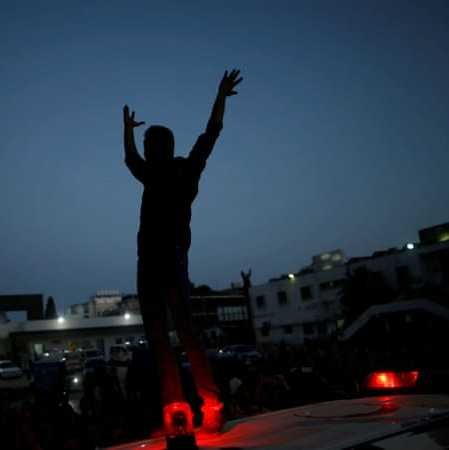 On October 29, 2018, Palestinians in the Gaza Strip abruptly found themselves with electricity for half or more of the day, after months of receiving it for only four out of 24 hours. The difference? The government of Qatar had donated suitcases of cash, totaling US$60 million, to pay for fuel to ease the electricity crisis—a largesse expected to last six months. Gazans still don’t have electricity for full days like most people around the world, and the schedule still is unpredictable and temporary, but they marvel at the joy of prolonged light and other forms of power.

We asked a few writers with We Are Not Numbers: How are you reacting to/using these days with nearly full electricity? How does the electricity shortage most affect your life on a daily basis?

Here are their answers:

Having electricity for more than four hours is like a dream come true. I keep waiting for it to go off. Whenever I logged into my Facebook page during the first days of good electricity, I saw posts of wonder as well as thanks to Qatar. I am still amazed that Israel allowed Qatar to intercede.

The longer days of electricity have been easier for sure, but also surprisingly more challenging in some respects. My life feels a bit more disorganized and complicated now: While we have more power, the schedule is unpredictable and at the same time, our electricity bill is higher! This means I can't easily decide when to do the laundry, for example. (Our washer won’t open midcycle, and clothes smell bad when left wet inside for too long.) I also struggle to choose the most suitable time to charge my phone. Let me explain: I am very tired after work but I can't plug in my phone charger and fall asleep; if we have electricity for the rest of the night, charging it for such a long time could harm the battery. I have to be careful now with all of my electronic devices, since they are so expensive to replace. I sleep only after I make sure my devices are fully charged and unplugged.

The bottom line: Gazans still must schedule their lives around when we do or don’t have electricity. We wait for electricity like little kids waiting for Santa Claus and his gifts.

I need another few weeks to get used to [having more electricity]. My brain was in need of more light, but keeps asking, "How long is this going to last?" In winter, it turns dark so early; showering, cooking, watching the news and just keeping in touch with the world is so hard without electricity.

Yes, the PA and Hamas both play a role [in our situation], but the main party responsible for the power shortage is definitely Israel and its blockade. The crisis started when Israel attacked the only power-generation station in Gaza many times and didn’t allow any material in to help us rebuild. I think they want to keep us mired in crisis so we can’t ask for our legal, international rights.

It's so pleasing to have more hours of electricity during the day. If I'm tired, I can sleep without worrying about staying up to use the electricity before it goes off. When I get up, it’s still there and I can complete my work. I have more choices over my daily life. This BASIC RIGHT is not the norm in Gaza.

“When will we have electricity?” "When will it be off today?" Those were the questions I used to ask my family incessantly. Previously, I had to push myself to make use of every single minute of electricity no matter how exhausted I was or how late the hour. So many times, I would go to work or university after being awake most of the night or since the early dawn. I slept through or missed lectures more than once and often was late. Even when in attendance, I could barely open my eyes or concentrate.

When the power is off, I feel like the people of Gaza become mannequins, frozen in action while a video camera films them. Life stops. It’s like a commercial break from life and then, once the power is on again, we continue what we were doing.

With the sudden, additional electricity, we turned on all of the lights in our house in celebration. We know this blessing won’t last. But for now, there is no longer a pile of wrinkled clothes waiting to be ironed. Frozen veggies and meats don’t spoil before we use or cook them. I don’t run around like crazy once the power is on so our dirty laundry can be washed before it turns off. I don’t have to wait for electricity to use my laptop or charge my phone. I don’t have to apologize for submitting homework assignments later than I should.

How many people can live without electricity for more than a few minutes? In Gaza, we are used to living without it for 12 hours a day or even longer. But it wasn’t always that bad. Eleven years ago, we got eight hours of electricity at a time regularly, followed by eight hours of blackout. With the passing years, we received less and less; during the summer, we received only four hours a day.

Then, in late October, it was like those early years again. It was so surprising I told myself it was a mistake on the part of an employee at the power plant. Three days passed without an electricity blackout! I kept asking my mother and sister if we had dropped into another country or a different age.

When we received nearly full electricity for the first time in years, I felt like there was something wrong! “When will the electricity go off so I can feel life is normal?” I wondered.

Nothing is more challenging than spending most of your life in darkness. When I walk down Gaza streets and alleys in the darkness, it feels like I’m in a graveyard. The generators scattered in the streets in front of shops and other buildings, spewing out their toxic gas, spoils your mood and presses on your chest.

Before, and even now, batteries rule our lives. I have a spare battery for my smartphone and a battery for a WiFi device. Every day when it’s 8 p.m., I grab my laptop bag, the WiFi battery and my phone, and head off to a café to charge the devices and study. I've been doing this for over four years. I think about the thousands of hours I’ve spent at the café and the money I’ve had to spend there; it takes at least three hours of waiting for my batteries to be fully charged. It makes our life so constricted and narrow.