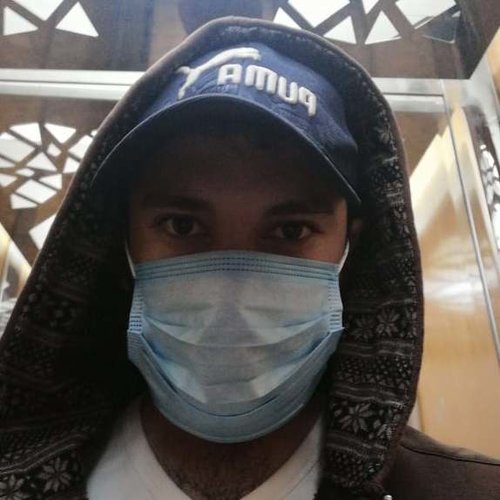 Boredom and worry have become my daily companions while exiled in Kuwait amid the global outbreak of the coronavirus. The first case was announced February 24, when I was at work as an English teacher. The TV news reported that three people had tested positive for COVID-19 after entering Kuwait from neighboring Iran—now one of the virus hotspots.

We were ordered to immediately leave the school and on April 7, as the number of cases rose, the government ordered closure of schools and other educational institutions until August 4. It also cancelled all commercial flights flying to and from the country, only allowing the arrival of planes carrying its residents returning from abroad. They were, however, placed under immediate quarantines. The government also stopped issuing visas and suspended all sports activities until further notice.

Ever since, I've been living in a sort of prison in my flat. My community of 500,000 has become an epicenter of the pandemic in Kuwait and police surround us, making sure we don’t leave. I waste my time sleeping and excessively smoking and drinking coffee while curled up in front of the TV surfing the news media channels. I don't know how to spend my time; even football matches, my addiction, have been stopped due to the pandemic. I only find enjoyment when I put my headphones in my ears and the music hits.

There is no place to visit in Kuwait now, since the government has cordoned off most public places. The police chase people and force any gatherings to disperse. When I once went to the beach, I found it closed off with barriers. The police ordered me back. The gardens are also closed. Yet when I call my friends in Gaza, they tell me about fishing in the sea. For the first time, Gaza is the safer, less-restricted place!

Until April 7, I could take a ride with a kind, 55-year-old Kuwaiti man, chatting and smoking in the car. But now that has had to stop too. Today, a curfew starts at 4 p.m. and lasts until 8 a.m., with strict punitive measures taken against those who disobey.

I went to the shopping mall at 10 a.m. to purchase food before the curfew started, wearing my mask and gloves. When I arrived, I found a long line, with two meters between every two people. A huge banner hung at the entrance, saying, "No entry without wearing protective masks and gloves." I bought enough food for two weeks, particularly bread.

When I woke up at 7 p.m., something felt unfamiliar; a dreadful silence dominated the atmosphere. Then, I remembered. It was the curfew! I harried to open the window and gaze at the city. The street was abandoned. You could see no motion except police cars driving slowly, checking out the streets. It was a city inhabited by ghosts.

Many videos went viral on social media in Kuwait, showing scenes of police cars chasing other cars like in Fast and Furious movies. Other videos show police taking people to jail when they break the rules.

I'm feeling fully restricted as life in Kuwait becomes paralyzed. I haven't had my hair cut for over 30 days, since barbershops are banned from opening. My mom keeps calling me to make sure I'm safe. I call her too. We both are worried about the coronavirus outbreak in the West Bank. We fear witnessing the same scenario in Gaza. It would be a disaster.

I remember when the moment I feared came true. The cursed COVID-19 managed to reach my people in Gaza. Two cases were detected, travelers returning from Pakistan. I knew this was inevitable, but it hit me hard. Gaza, the small desperate spot of land where people have been trapped in a cage under Israeli blockade since 2006, would be a second version of Italy if the pandemic entered—if not far worse. We all know that for a fact. What destiny awaits the residents of packed refugee camps if this virus reaches them? The impoverished people are packed in tiny concrete boxes, separated by allies so narrow that when you weave your way through, you hear their talking and smell their cooking. How would they afford food if a curfew lasted for too long? I have a friend in Gaza who owns a coffee shop. It's the only financial source he has to support his five family members. When I called him to ask about his reaction to the pandemic, he said he wished to die if it came to Gaza.

Unlike Gaza, Kuwait can afford to spend millions of dollars to curb the coronavirus, bringing in a specialized medical team from the World Health Organization. To date, Kuwait has recorded 4,983 confirmed infections, with 38 deaths.

I know someone here in Kuwait from Gaza who wishes to return, since his wife gave birth two months ago to a new baby he still hasn't met. But it's impossible to go to Gaza without putting the entire Strip at risk. Even if he doesn't have the coronavirus now, he coud be infected on his way to the Rafah border crossing through Egypt.

So, the two of us suffer alone through Ramadan, a time that should be joyous. Instead, we huddle by ourselves in our apartments, wondering what comes next.